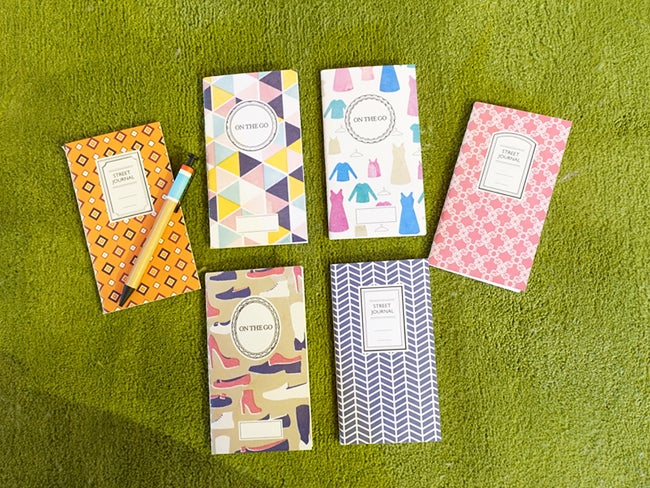 It all started with a haircut and a dream. “We’ve been going to Ito-ya ever since we were kids; we’d visit them whenever we were in Japan,” says Anton Ramos, National Book Store’s business development head. “Even though we already had so many pens here, we’d still go and buy there!” adds NBS Managing DIrector Xandra Ramos-Padilla.

Because of their fond memories of the 111-year-old prestigious Japanese store and their desire to bring that same experience to NBS customers here, Anton mentioned the idea of meeting Ito-ya’s management to his hairstylist, Chiyo Tagami, a Manila-based Japanese native who is well-known for her magical haircutting skills.

By the time Anton needed another haircut, Chiyo had already told him how to get in touch with Ito-ya via Japan External Trade Organization (JETRO). Within a few months, the two companies had come to a deal and now Ito-ya is here.

If you’ve been to Japan recently, Ito-ya just reopened its flagship store in Ginza. You can’t miss the prominent building next to Bulgari with its iconic red paperclip; the all-glass facade is 12 floors of stationery/paper goodness. Each floor is thematic—the third floor, for example is dedicated to pens, there is a pen and ink bar for those who want to refill their pens from a selection of different shades of ink. Level four, called “Meeting,” features accessories to help you stay organized and productive: color-coordinated folios, notebooks, etc. There is also a nook called “Note Couture” which lets you create an entire notebook from scratch based on your preferences and specifications. The 11th level has a special place where they grow fresh vegetables indoor, which they then use for their salads at the 12th floor cafe aptly named “Cafe Stylo.”

While Ito-ya’s products have been available in Hong Kong (city’super), Taiwan (eslite), and Seoul (Kyobo), Manila is Ito-ya’s first venture outside of Japan as a concept store in Asia, where they have partnered up with National Book Store. The stores here will initially be SIS—shop in shop— at NBS, and will follow a setup similar to San Francisco’s Itoya Topdrawer.

“Stationery is more office supplies, we like to liken ourselves to a ‘premium gift’ corner,” says Isamu Suzuki, Ito-ya’s Senior Vice President for International Operations.

Ito-ya’s initial offerings here include Color Chart, a series of leather goods and office accessories in bright and happy colors. The Romeo line features elegant pens and dark leather goods, perfect for the businessmen in your life. Romeo’s pen design is also based on the first fountain pen made by Ito-ya in the Taisho era almost a century ago. Helvetica is a no-frills, minimalist sleek line with slim multi-color pens and thick journals. Contrail meanwhile, is geared towards the younger set—pocket notebooks with colorful prints and wooden pens.

Just like in Japan, National Book Store intends to bring personalization in full force here. “Personalization is key, we want to bring unique items to you,” says Suzuki.

And if you’ve ever had a beautifully wrapped present from Japan, you’ll be glad to know that someone from Ito-ya is here to train the staff on how to wrap gifts, just in time for the holiday season.

Know more about the collection by visiting nationalbookstore.com.ph and follow them on Instagram/Twitter: @nbsalert. For reservations, call 8888-NBS (627). Check out and use the hashtag #ItoyaatNBS to share your finds.