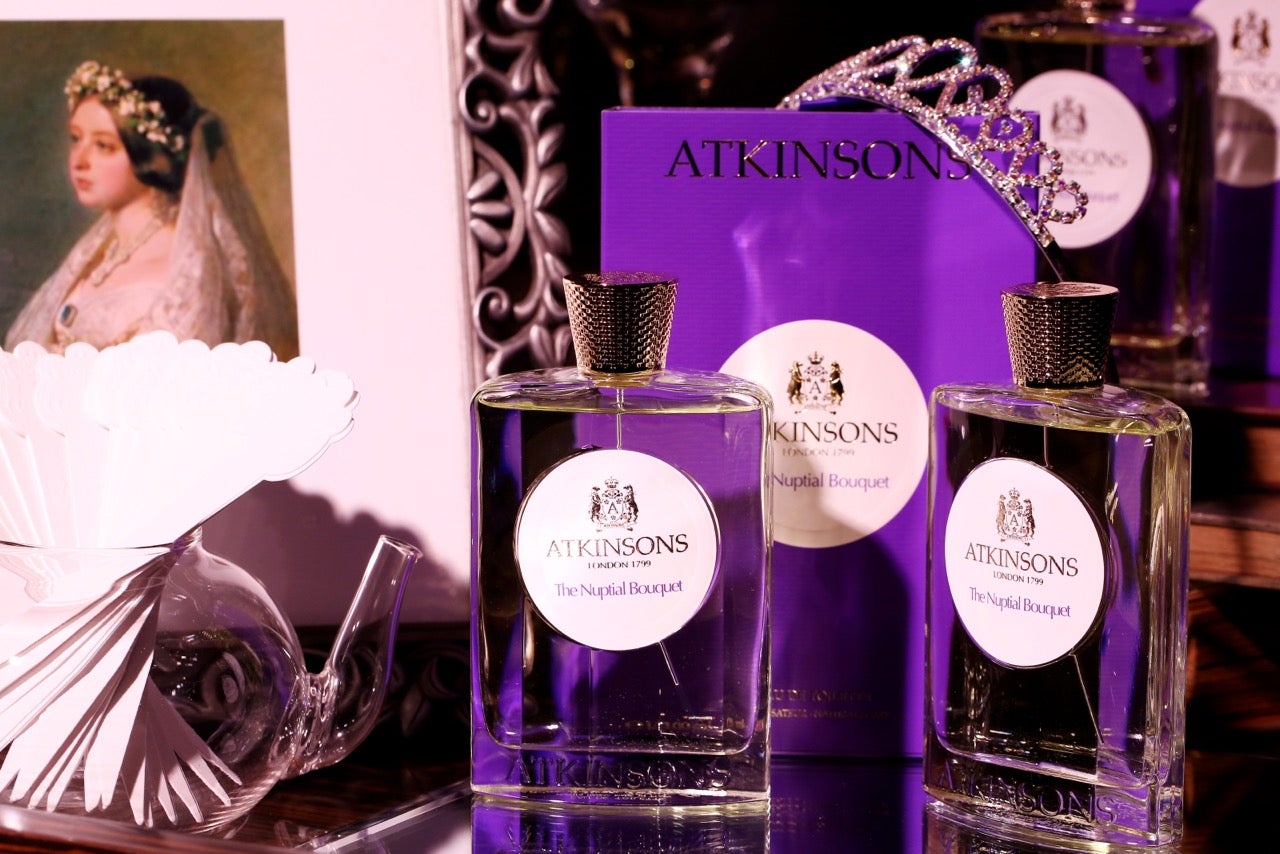 ATKINSONS’ The Nuptial Bouquet, a more feminine fragrance, is said to have been inspired by the flowers that made up Queen Victoria’s wedding bouquet in 1840.

It could be because of genetics or purely cultural reasons, but Filipinos “traditionally have strong noses,” said Ken Jeswani, CEO and president of Scent and Beaute Inc.

Since most of them can’t tolerate heavy scents, Filipinos are drawn to lighter, fresher fragrances. The country’s humidity also plays an important factor in their decision to go light—from colognes and perfumes to lotions and creams.

Armed with this belief, Jeswani, whose family is into luxury retailing through its four Art of Scent stores, is confident that Filipinos would warm up to the Atkinsons line of colognes and perfumes, which he and his father Charlie Jeswani launched recently at City of Dreams.

Nuptial Bouquet is said to be inspired by the scent of flowers that made up Queen Victoria’s wedding bouquet, while Fashion Decree, a mix of east and west, is inspired by England’s thriving trade with China during colonial times.

“I believe these scents would resonate well with Filipinos,” said Jeswani. “Except for 24 Old Bond Street, the rest are all eaux de toilette.”

Atkinsons has a rich heritage, which began in 1799, when British perfumer James Atkinson set up shop in London. It was a one-man-show, as he did almost everything, including marketing.

He had a small pet bear, which he kept in a cage and placed outside the shop’s door to draw the attention of passersby. People became so curious that they soon found themselves entering his shop.

There was probably no term for it back then, but Atkinson was already practicing a crude form of marketing. To this day, one of the brand’s emblems is a man in a tux with a bear for a head.

He was inspired to create 24 Old Bond Street, which was simply called English Cologne, after initially encountering stiff competition from Italian perfumers.

Italian colognes with their fresh, citrus-infused notes were the rage back then. Atkinson thought of countering them by creating something uniquely British.

He hit upon the idea of infusing his new cologne not with more lemon essence, but with hints of such quintessential British ingredients as black tea and whiskey. English Cologne became such a huge hit.

As word spread of Atkinson’s renown, he soon found himself catering to European royalty. He also moved to a new, bigger address on Old Bond Street. The building in London still stands to this day.

The business continued to thrive even after Atkinson’s death, until it ceased operation during World War II. For the longest time, the Atkinsons line was all but forgotten until Perfume Holding, an Italian company, came into the picture a few years ago.

It bought the name, including the abandoned building on Old Bond Street, and started rebuilding the brand. It went through the brand’s archives and was surprised at the wealth of information it found. All of the late Atkinson’s original notes and formulas, which he painstakingly wrote by hand, remained intact.

And as Perfume Holding’s chemists went to work recreating English Cologne, its marketing guys decided to rename it 24 Old Bond Street as an homage to the brand’s historic address.

“Out of so many scents out there, we decided to add Atkinsons to our offerings because the line is very niche,” said Jeswani. “It conforms with our niche concept of providing consumers looking for brands that aren’t readily available anywhere. Atkinsons has multiple fragrances that could fit different tastes and lifestyles.”