Budji Layug mentors designers: Know what you want and who you are | Inquirer Lifestyle 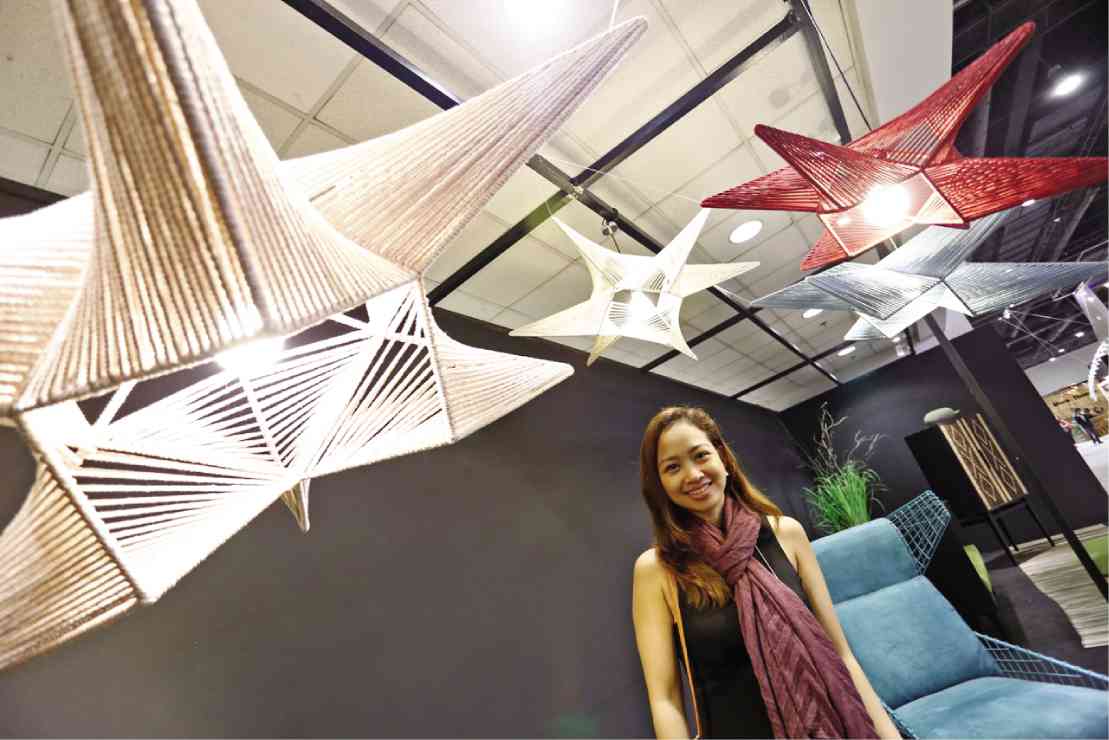 Budji Layug mentors designers: Know what you want and who you are

The furniture and lighting designers are part of Red Box, a program set up in 2013 by the Department of Trade and Industry (DTI) and Center for International Trade Expositions and Missions (Citem) to nurture the next generation of Filipino designers.

For years, Layug’s dramatic and highly visual installations featuring the latest furniture and accent pieces from the country’s leading manufacturers were a must-see in the biannual trade show.

As Citem consultant this year, he set the stage for each designer to collaborate with a manufacturer to realize his/her designs.

Blancas and Torres, both from the University of Santo Tomas, shared the grand prize in Red Box’s home accents category for their respective lighting designs.

“One of the most important things I tried to instill in them was the need to achieve atmosphere,” said Layug. “Do they want to just do furniture and products, or do they also want to sell atmosphere?”

Atmosphere goes beyond product design. It’s the ability to create a feeling or mood “that comes from within,” he added.

It doesn’t mean having to neglect being a product designer. But the product should go hand-in-hand with atmosphere for it to get noticed, especially in a place as huge and as busy as an exhibition hall.

To achieve this, Layug helped the young designers find the right arrangement, lighting and backdrop. Each element, he said, was necessary to help fully express the designer’s imagination.

“I have been working with him for the past three years,” said Manahan, who collaborated with Masaeco to do a series of hanging paper lamps. “He gave us more freedom this time. He was very patient in directing us and helping us find our design identity.”

Apart from atmosphere, Layug emphasized the need to “know who they are and what they want.” That involves talking to the right collaborators and knowing their capabilities and sensibilities, which, in turn, would help them realize their visions.

The designers had three months to work on everything.

Apart from the mentorship, one of the benefits of being a Red Box talent is having access to Manila FAME’s exhibitors, who served as their sponsors.

Winners will also get to travel, visit trade shows abroad and take up short courses paid for by DTI. With government-sponsored programs like Red Box, the future of the country’s young designers is secured, said Layug.

Layug emphasized the importance of getting to know one’s self as essential to self-expression. “You can’t call yourself a designer unless you know what you want and know who you are,” he said. “When I started, I knew exactly what I wanted. The evolution of what I did would come later.”

Through this latest exercise, Layug feels he was able to direct the young designers on what they like to do “not only with the materials, but also with their future.”

He collaborated with Pampanga-based Maze and chose laminated rattan. For backdrop, he assembled strips of nylon strings to represent water.

His hanging lamps came in varying shapes and textures to mimic rainfall.

“I really want to invite people in, which was why I highlighted it this way,” said Rastrullo. “Looking at it isn’t enough. I want them to touch the materials. It’s the only way for us to show how we do rattan differently.”

Such an approach jives with Layug’s philosophy of putting equal emphasis on atmosphere.

“It’s not just a product,” he said. “It’s also where you want to bring the products, which is very important. That’s what I tried to relate and share with them.”

Choosing the right colors, materials and scale could also work wonders for a designer’s product, as Ramirez, Laguyo and Blancas found out.

Ramirez collaborated with Top Living to do hanging lamps shaped like six-pointed stars.

Layug convinced Ramirez to use, instead of plain abaca, more “modern” materials such as paper and coconut twine in red, baby pink, off-white and powder blue. He told her to present the lamps in a more “playful” manner by tilting them a bit using barely visible nylon string.

Laguyo, who collaborated with Obra Cebuana, chose to do a circular lounge chair and series of stackable end tables made of rattan. She originally thought of using black, but Layug suggested metallic gold and silver.

The change in color instantly updated the look.

In the case of Blancas, who did a collection of sinuous marine-inspired lighting fixtures made of fiber-cast resin by Bon-Ace, the challenge was to achieve scale.

“She came up with this design, and the first thing I asked her was the scale,” said Layug. “I suggested to make bigger ones for the material and design to come out more beautiful. If you don’t understand your scale, you won’t know the potential of your materials and design.”