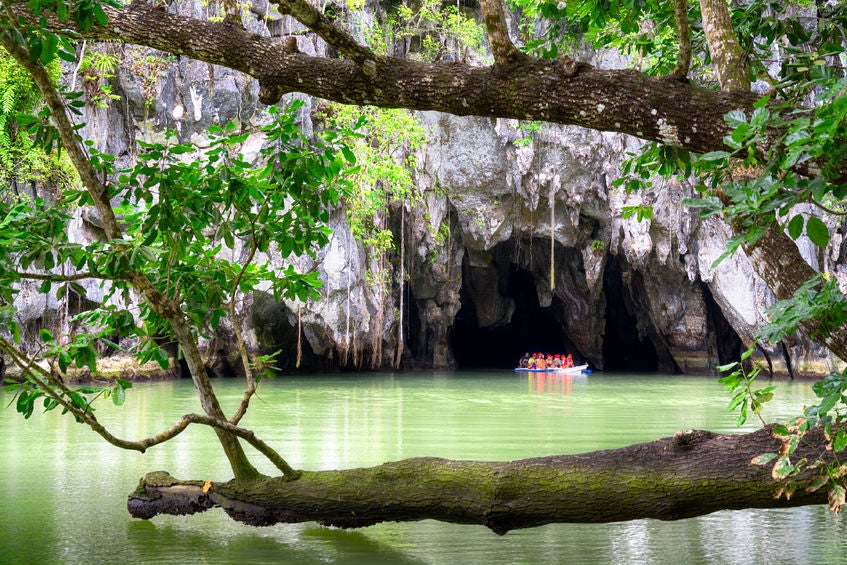 For the second straight year, the island of Palawan, home to the world-renowned Puerto Princesa Underground River, was hailed the top island destination in the world in a poll by an award-winning US travel magazine.

The magazine recognized the inclusion of the Puerto Princesa Subterreanean River to the new seven natural wonders of the world.

“Palawan’s natural wonder is one of the longest underground rivers in the world, traveling five miles through a subterranean cave system. Guided boat tours take visitors down a portion of the waterway, where karsts, natural rock formations created by dissolving limestone, loom in every direction,” CNT said.

Boracay island in Aklan and Cebu also made it to the annual list, placing 15th and 19th, respectively.

“This itty-bitty island (just under 4 square miles) in the Western Philippines is as close to the tropical idyll as you’ll find in Southeast Asia, with gentle coastlines and transporting sunsets. Add in a thriving nightlife scene, and you have one of the top tourist spots in the region,” CNT said of Boracay.

Despite the presence of “plenty of up-and-coming restaurants and shopping” centers, the magazine also said Cebu was “more personal” compared to Phuket in Thailand.

“The most densely populated island in the Philippines, Cebu is famous for its beaches, on the mainland as well as around many of the surrounding islands,” CNT said of Cebu.