Because basketball is life | Inquirer Lifestyle 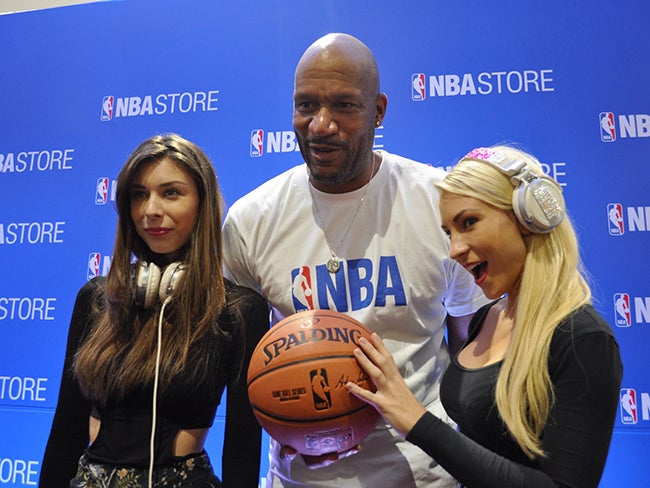 Because basketball is life

You know that basketball is life in these parts when one NBA store, the biggest in Asia, is not enough.

Last Oct. 16, a second branch of the NBA Store in the country opened at Mega Fashion Hall, SM Megamall, with no less than former Chicago Bulls star Ron Harper gracing the event.

“It’s a tribute to the people of the Philippines that NBA is here,” said the 49-year-old guard who played in three consecutive championships with the Bulls and two more with the Los Angeles Lakers. “Our game is a global game. We love coming in and seeing our fans.”

The store carries authentic merchandise of all 30 teams of the NBA, including jerseys, shirts, gear and novelty items like action figures, plush toys and signed memorabilia.

“The vision is to help expand the NBA retail footprint across the Philippines,” said Carlo Singson, associate vice president and country manager for the Philippines-NBA Asia. “This is only the second store we’re opening, and there are definitely plans to double that in the next few months.”

Singson recalled spending four hours on his first visit to an NBA Store in New York City, marveling at the wide selection of merchandise.

The Megamall branch, though smaller than the Glorietta outlet, nonetheless offers a thrilling experience for diehard NBA fans.

2) Chicago Bulls zip-up floral jacket in navy. It’s floral, yes, but not too girly. Price may be a bit steep at P4,299 but it’s comfy.

3) Jumbo high-bounce ball. Even Harper couldn’t take his hands off them. They come in Spurs, Lakers and original orange color at P399.

12) Signed memorabilia, the dream souvenir of all basketball fanatics. It’s pricey but not as expensive as the other memorabilia sold at the Glorietta branch. Available signed action figures at the store are Lebron James at P12,000; Kobe Bryant, P15,000; Allen Iverson, P15,000; Michael Jordan in All Stars, P19,000; Dennis Rodman, P16,000; and Scottie Pippen and a mini Larry O’Brien trophy at P18,000.