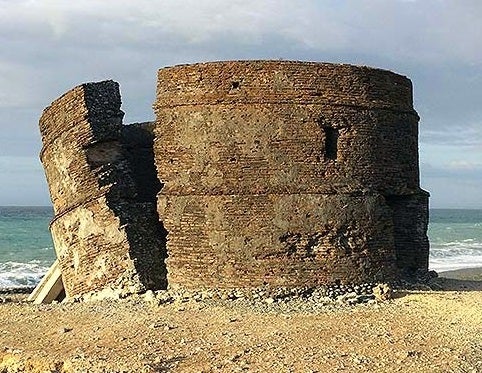 The tower on the shore of Barangay Victoria was declared a National Cultural Treasure by the National Museum (NM) in November 2014 together with the other watchtowers of the province in Bacnotan, Balaoan and San Juan towns and in San Fernando City.

“The half that was [already] breaking off toward the sea collapsed as the old shoring failed when the entire beach underneath was swept away,” said NM Director Jeremy Barns.

Barns added that the NM immediately sent a team for a preliminary ocular inspection and to “coordinate with the local government to secure the fallen pieces of the brick structure.”

He said a full team would be sent once documentation was completed.

“We’re asking our staff in Region I, Region II and CAR for news on any other national heritage structure that might have been damaged by ‘Lando’ but, so far, the Luna watchtower has been the main casualty,” he said.