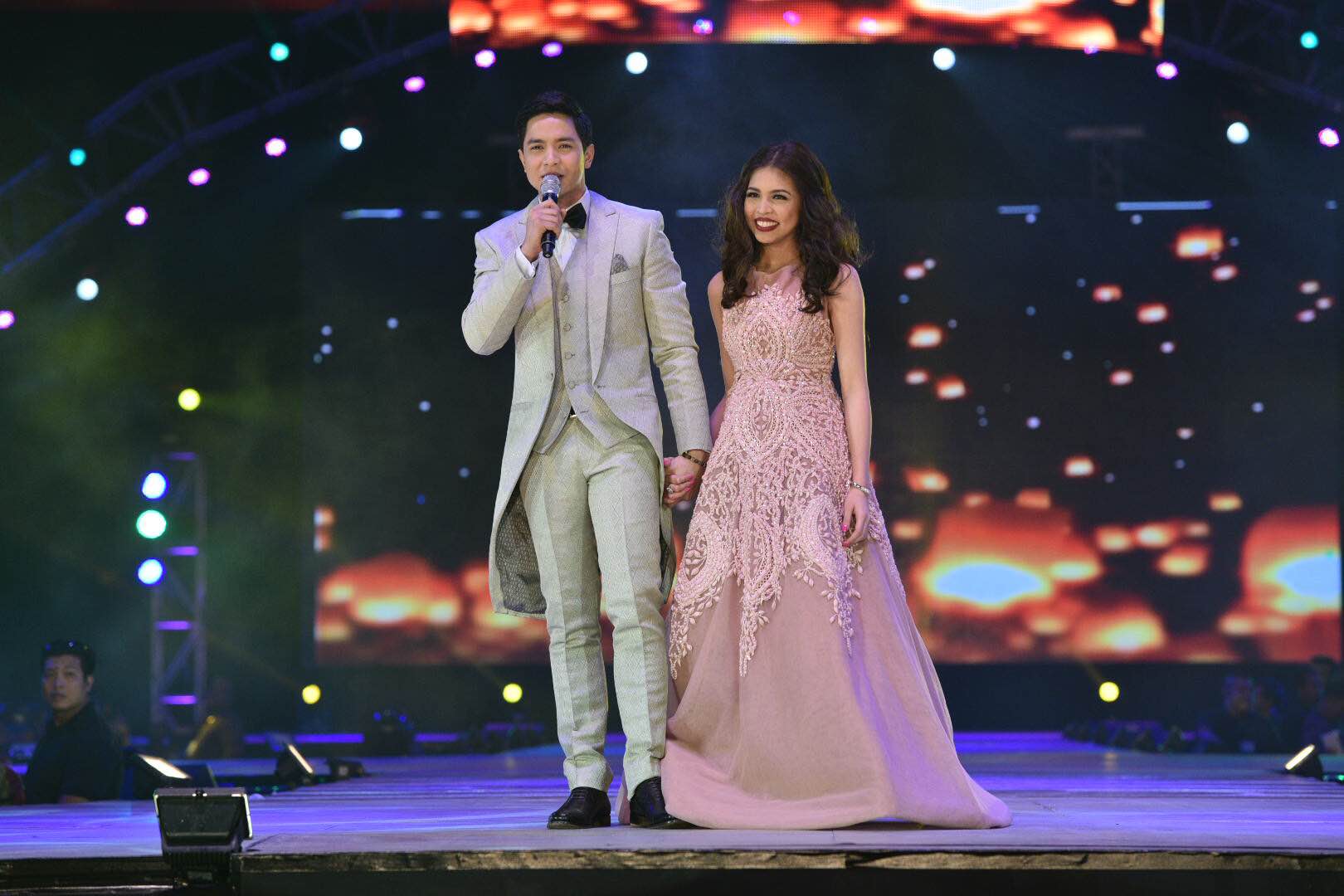 Alden Richards and Maine Mendoza play "AlDub," the newest love team in local show biz that's proving to be as huge and as phenomenal as Guy and Pip, and Sharon and Gabby.

If Maine Mendoza, a.k.a. Yaya Dub,  had no problem wearing a gown already worn by another young star from a rival network, then why are certain netizens so riled up about it, to the point of bashing Mendoza and her collaborators, including the gown’s designer Francis Libiran?

Based on old photos, which resurfaced on social media soon after, a similar gown adorned with pink acrylic stones and crystals was also worn by Kim Chiu during a fashion show at Shangri-La Edsa Plaza two years ago.

Mendoza is a mainstay of long-running top-rated noontime show “Eat Bulaga,” whose home network is GMA 7, while Chiu is a talent of ABS-CBN.

“Sa Tamang Panahon,” which culminated in Yaya Dub finally meeting her Prince Charming in the person of actor Alden Richards, reportedly drew more than 50,000 people to the Philippine Arena in Bocaue, Bulacan, while millions more watched the show in their homes. Generating 39 million tweets, the show also set a record on the most number of tweets on Twitter, beating the 2014 World Cup semi-final match between Germany and Brazil.

Libiran, who designed the gown in 2013 for his Bangalore pink series collection, sent a statement to Inquirer Lifestyle to set the record straight.

“Our good friend Kim Chiu was generous enough to model the gown for one of my fashion shows,” said Libiran. “The design was also what Maine’s stylists chose for the ‘Tamang Panahon’ telecast. They were fully aware that Kim already wore something similar.”

Although the two gowns are almost identical, Libiran also insisted that he created a new one for Mendoza based on her measurements. The designer had already done replicas of the same princess-cut gown for several low-key clients here and abroad.

“But other than Kim, it hasn’t been worn by another celebrity when Stylized Studio, the team of stylists hired by ‘Eat Bulaga,’ chose the gown for Maine,” he said.

TAPE, producer “Eat Bulaga,” didn’t borrow the said gown from Libiran, but paid for it. Richards wore a three-piece light gray suit with coattails to the special telecast also by Libiran.