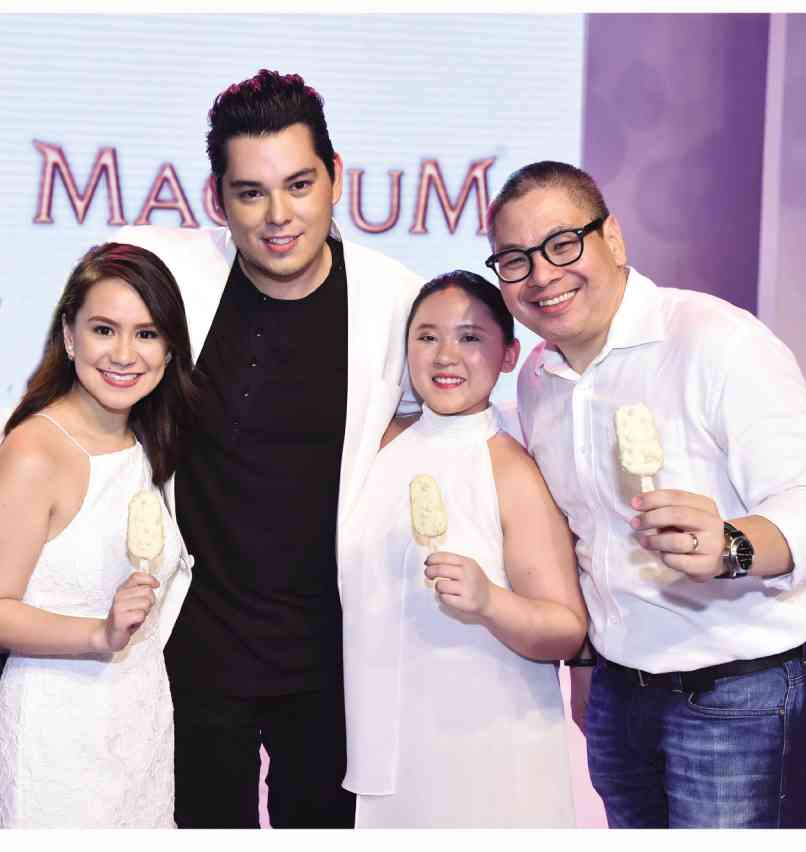 White chocolate almond ice cream—an indulgence like no other

“Magnum has always been about celebrating pleasure and indulging yourself after a hard day’s work,” said Magnum brand manager Andrea Huang. “With the launch of Magnum White Chocolate Almond, Magnum again presents its pleasure seekers a new way to reward themselves—an indulgent flavor that is just so different from our current range.”

“Indulging isn’t just about making the simple pleasures a bit grander,” said Pascual. “It’s about surrounding yourself with beautiful and curated things and simple joys, just like an ice cream bar at the end of a busy day.

Lahbati does the same. “It’s really the little things I do that others probably don’t consider as indulgence,” she said.

The actress loves spending time with special people like her son and family.

For top model Merritt, the best reward is the one that’s really simple—“the one where you get to spoil yourself just a bit: a long bubble bath, a few more episodes of your favorite TV show and, in my case, a few more Magnum ice cream bars!”