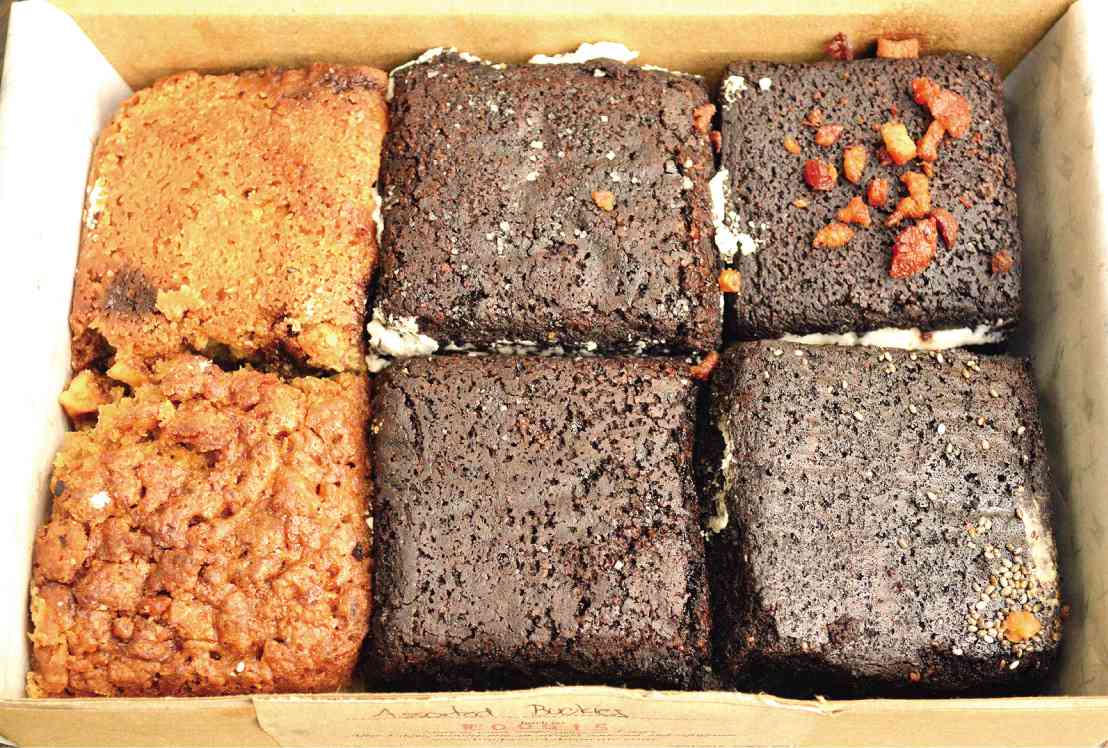 If anyone had told young entrepreneur Miguel Vargas that his early kitchen experiments would grow into a business, he would probably have scoffed. After all, the childhood baking sessions with his mother Mercedes “Cedie” Vargas were more fun and games than actual cooking lessons.

“We hung out in the kitchen. I was only around 8 then but I remember enjoying mixing things and experimenting with different ingredients,” Vargas told Inquirer Lifestyle.

He enjoyed it so much he landed a job in an ingredients trading company, which entails more coordinating of schedules than actual cooking. When he got married three years ago to architect Raisa Tantuico, he realized he needed to augment his income.

Vargas began tweaking a recipe for a dense, chocolate cake-like treat he had had since childhood.

“It was nearing the holidays so I asked my mom if she could order her Christmas gifts from me, and she agreed. The recipients of the original and spiced Bucky’s variants liked what they tasted and told my mom. That’s when I decided to make a go for it,” Vargas said.

He and Tantuico played around with the packaging, sketching the silhouette of buck-toothed rabbit and putting its likeness on brown sticker labels.

“We also wanted our boxes to be made of plain brown corrugated paper but it had to be food-grade material. Our first order was for 300 boxes so we knew there was no turning back.”

On that first year, they joined a number of bazaars including the annual MaArte fair overseen by his mother Cedie.

Soon after, he began supplying the Connie’s Kitchen store in New Manila, The Blue Kitchen kiosks, and all branches of Toby’s Estate, an Australia-based coffee chain.

As they were supplying these stores, Vargas was busy experimenting with  Bucky’s variants including one filled with a sweet-salty cream, another spiked with chili, and yet another he named “Chunky Blonde.”

Like the original Bucky’s, the new ones had their sweetness tempered with a studied dose of salt or spice.

Last year, Vargas opened a standalone store on Aguirre Avenue, BF Homes, Parañaque (tel. 0917-8445104) because he wanted to offer customers other flavors and preparations he wouldn’t have been able to do otherwise.

“I’m not competing with the stores I supply. I just wanted to create a place for people to go to if they wanted something new like a ‘half-baked’ Bucky that’s soft and spreadable.”

So far, Vargas has used it as a filling for a Bucky’s bar that has been sliced lengthwise.

“I need to keep some stuff for my store so that people had a reason to come back and have something new to look forward to. One thing I’ve been experimenting on is a triple chocolate Bucky’s.”

He doesn’t want to stray far from the recipe of the original Bucky’s because in the three years he’s been in business, it’s still the bestseller.

“We might suggest other flavors to our customers but they always stick to the bestseller. I think I’ve created a monster,” he joked, “but as long as they keep coming back, it’s fine by me.”