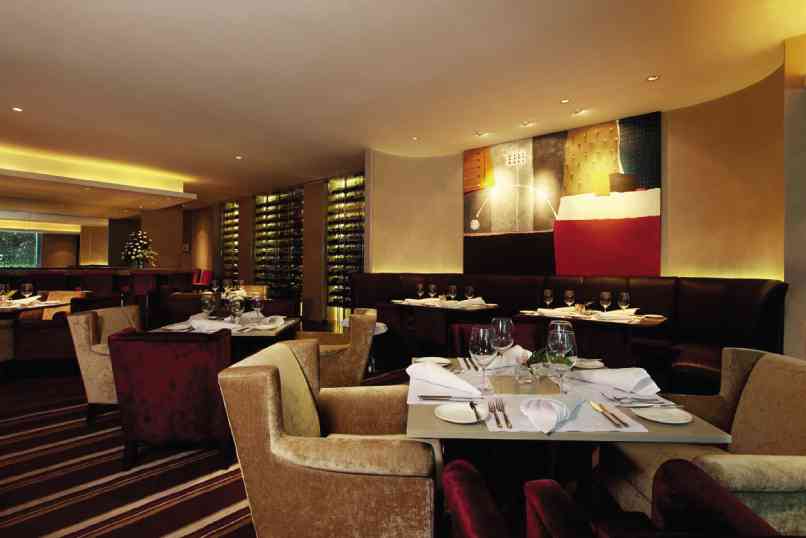 Of all the gin joints in the world, there are only a few that will be fondly remembered.

Many will fail on their first year of operation. Many others will live out the cycle of initial hype, of a plateau of loyal customers, then of the inevitable decline as people’s interests move on or as internal problems set in. Investors fighting over profits when things are doing well start blaming each other when things turns sour.

In this flux, the quiet, unassuming restaurant that offers that elusive ideal of excellence and consistency is a rare bird.

I’ve somewhat given away the ending, but I don’t think anyone will be terribly surprised by my assessment. For years, Masseto in Salcedo Village, Makati, has been the fine-dining restaurant that defied trends and the nervous tics of food movements. It quietly went about its business of serving good food in a hushed, unabashedly luxurious setting.

Last week was the first time I went to Masseto, which for a food reviewer is the equivalent of a literature professor never having read Hamlet.

It opened while I was still living abroad, and with the food scene exploding around me, with a new restaurant to try every week, I simply never got around to going to Masseto.

There’s also the problem that I don’t drink. Well, not anymore. Mostly.

My wife and I were on a rare night-out without the kids, with a food writer friend and colleague and his wife. The original plan was to go to Alabang for pintxos and cocktails. Traffic and circumstances were not on our side.

That was how we found ourselves on a long-delayed visit to Masseto—except that it is no longer called Masseto. It’s the restaurant formerly known as Masseto, which know calls itself, confusingly enough, simply M.

The reason for dropping the Masseto name, apparently, is that the Masseto vineyard objected to an unaffiliated restaurant using the name, even if the restaurant is halfway around the world. Hence the domain (the virtual domain, not the domaine) name now leads to an annoying 404 error and the signage has changed.

But as far as the public is concerned, it’s still Masseto.

Tippi Tambunting used to run this restaurant exclusively, but she now divides her time between the more established restaurant and a new bar in Bonifacio Global City named Donosti.

She popped out of the kitchen and gave some recommendations. We ended up getting two orders of veal cheeks, the uni pasta and a roast lamb dish.

For the wine we chose a 2006 Ornellaia, which is around the middle of the price range of the wines on offer. There are literally pages and pages of wines, all lasciviously and temptingly seductive.

Perhaps it’s a good thing Masseto didn’t exist in the days when I did drink and kept a full bar at home. I had my one glass and it was excellent.

Would I have enjoyed the food as much as I did without the wine, and just my usual sparkling water or iced tea to keep me company? Without a doubt.

The amuse bouche of fried brussels sprouts with aïoli gets my full recommendation, and though it’s not on the menu you should insist on it as long as it’s in season. The onion soup is one of the best in town, and provided a soft landing ground for the main course of veal cheeks with a mushroom gratin.

The room was nearly full, with a pleasant buzz of conversation, and no music playing: full marks for that.

Despite what I had heard about small portions we actually had no room for dessert, which is something of a first for me.

You’ll notice that the food isn’t ticking any particular boxes: It’s not one of those massively inventive degustations, the kind that Bruce Ricketts or Jordy Navarra does (and now apparently Mark Tan of Allium). It is also not Japanese-inspired, hipster retro or native heritage food.

Because it’s known mostly as a restaurant where you go to drink wine, perhaps I had subconsciously expected the food to be mediocre and perfunctory, just another excuse for wine snobs to open another Brunello or Chateau Latour.

But not only is the wine list not dominated by the clichéd brand names of wine (the joys of discovering an obscure wine outweigh the pressure to enjoy an overhyped one any day), the food is undeservedly unexalted. I place the blame for this squarely on the restaurant world’s cult of newness and faddishness, which I am as much a part of as anyone else.

For old regulars, this might be like preaching to the choir but for those who haven’t been, don’t tarry as long as I did. If you can stop yourself from ordering a bottle, it’s actually excellent value for a plush, hotel-like atmosphere in the middle of the Makati business district; if you do capitulate, you’re in for a treat, though how much you’ll pay is dependent on your powers of resistance.