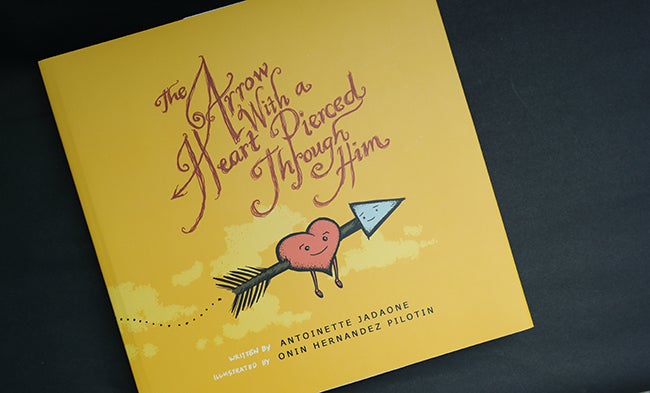 The wait is over. You can finally hold Mace and Anthony’s book in your hands.

(READ: The cost of Tadhana)

First seen as an animated story in the hit film “That Thing Called Tadhana,” the book “The Arrow With A Heart Pierced Through Him” is finally out. This tale of losing, finding and keeping love is written by the award-winning screenwriter and blockbuster film director Antoinette Jadaone and illustrated by visual effects artist Onin Pilotin. 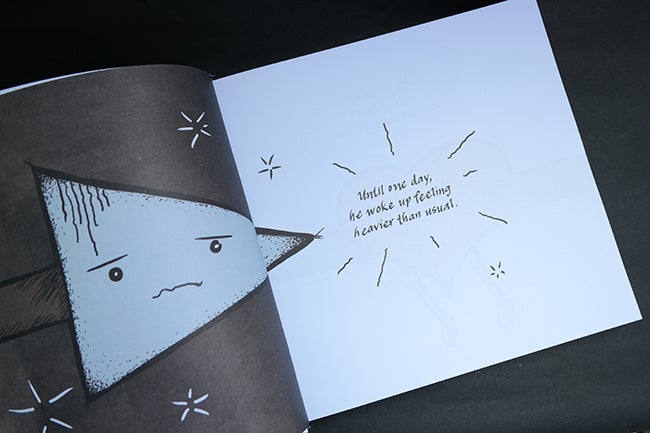 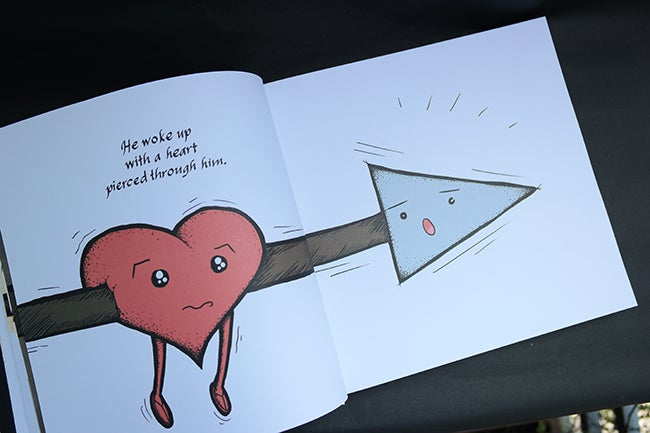 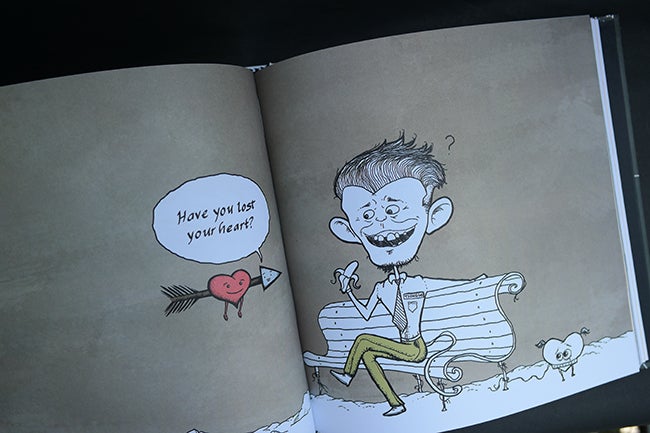 What fans saw in the film is just a snippet. Antoinette said, “The short story that Mace shared in ‘Tadhana’ is just 20 percent of the whole story. We hope they support the book like they supported the film.”

“The Arrow With A Heart Pierced Through Him” is published by Witty Concepts and Design, the company behind Witty Will Save The World, founded by Antoinette and her friend Chinggay Nuque.

The book will be launched at Fully Booked BGC on Nov. 3 at 6 p.m. Fans will get the chance to meet Antoinette, ask her questions and have their books signed by her. 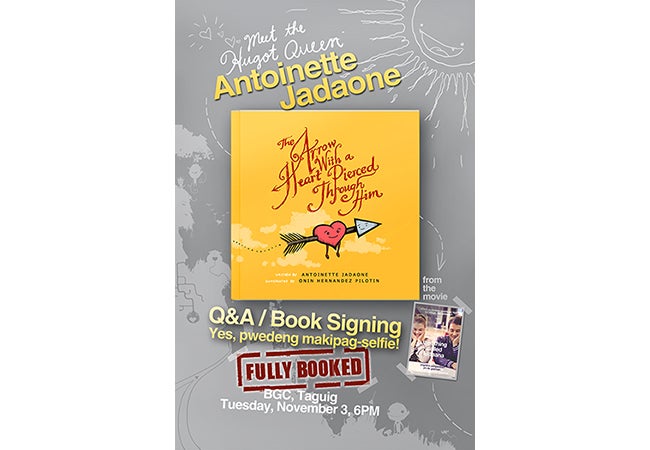 Antoinette is thrilled about the release of the book. She told Inquirer Super, “Sabi nga ni Anthony, suryal. I’ve always wanted to have a book—and this short story, in particular. Matagal na namin pinaplano ni Chinggay, but when ‘Tadhana’ came, we felt it was also the perfect time to have another dream of ours (both mine and Witty Will Save the World’s—we’ve always wanted to publish a book, not just notebooks and planners) come true. At pangarap din ni Onin, our illustrator, na magka-libro. Nakakakilig nung nahawakan na namin ’yung libro, nung may umo-order na, nung nakita na namin sa Fully Booked. Siguro ganito ’yung feeling ’pag unang naririnig ng banda ’yung kanta nila sa radyo, no?”

(READ: Give your wedding a dose of ‘Witty’ with ‘The Real Wedding of the Century Guestbook’)

Fans can expect a lot more from Witty. Antoinette said, “We’re releasing a 2016 planner—Tita Witty’s Papayat Ka Rin at Dudurugin Sila and Other Food for Thought Planner 2016. Also, in the future, our goal is to publish more stories from writers and illustrators nang pangarap naman nila ang matupad. We won’t stop making products that make our lives a little less serious. Nang bonggang-bongga!”

“The Arrow With A Heart Pierced Through Him” is available at Fully Booked and Quirks for P850. Orders may also be placed through 0906-4652191.