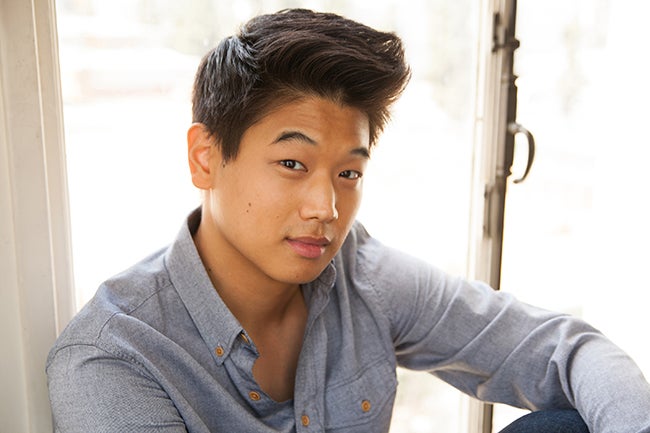 You probably may be wondering why Korean Hollywood actor Ki Hong Lee will be headlining the upcoming Click Play: The Social Media Festival on Nov. 22. That’s because aside from being the “Asian guy in that ‘Maze Runner’ movie,” Lee starred on several short films on YouTube, some even gaining millions of views.

In 2012, Lee started working with Wong Fu Productions, a group of filmmakers who also emerged on YouTube, with the short “Take It Slow.” From then on, they collaborated on several films, including the mini series “Away We Happened,” “This Is How We Never Met,” “Somewhere Like This,” “To Those Nights” and “She Has A Boyfriend,” where he eventually married his on-screen girlfriend and longtime sweetheart Hayoung Choi.

Lee was also part of Wong Fu’s feature film “Everything Before Us,” which was crowd-funded through Indiegogo in 2015, and Tony award-winning playwright David Henry Hwang’s full-length film, “Yellow Face,” in 2013. He was then featured in other YouTube productions by YOMYOMF Network and Jubilee Project.

Lee’s acting career started in 2010 on television, when he played the role of Clayton in two episodes of “Victorious.” From there, he did some recurring roles and cameos on TV shows like “New Girl” and “Modern Family,” to name a few.

He was also part of the stage play “Wrinkles” by director Jeff Liu and East West Players on February 2011.

“I found ‘Wrinkles,’ which had its on-stage debut at East West Player, particularly challenging,” Lee said in an interview with Inquirer Super. “It was my first professional theater production, and I found it to be a physical and mental workout throughout the show.

“It really reminded me that an actor’s body is an instrument that needs to be taken care of,” he added.

To date, Lee is considered one of the breakout actors in Hollywood, after landing the role of “Minho” in the “Maze Runner” film franchise. The second film adaptation of James Dashner’s dystopian novel, “The Scorch Trials,” was released only this September.

An alternate universe of the film unfolded when a hilarious parody of the “Maze Runner” was released by Be Funny Studios and FOX Studios this year. The “Seoul Runner,” starred in by Lee himself and K-Pop idols Ok Taecyon of 2PM, Nickhun, Kangnam of M.I.B. and NS Yoon-G, was filmed in South Korea.

In “Seoul Runner,” Lee pretended to be an ajumma—a married, elderly woman in Korea—to escape from those chasing him.

“‘Seoul Runner’ was my first time filming anything in Korea. It was so much fun! My schedule was so crazy when I was out in Korea, so I’m glad we had the chance to squeeze it in. I thought it definitely turned out great,” Lee said.

With Lee coming to Manila, we’re looking forward to see more of him not just on screen but on stage soon.

For YouTube act and singing group Cimorelli, there is no sibling rivalry, especially when it comes to music.

Cimorelli, composed of sisters Christina, Katherine, Lisa, Amy, Lauren and Dani, all agreed that when it comes to work, fights should be avoided as much as possible.

“We try to have strong communication skills and talk things out rather than holding them in… I think also because we’ve grown up together our whole lives, we know what to expect from each other, so it’s not like we don’t know when we’re about to offend each other,” they said in an interview with Inquirer Super.

The Cimorelli sisters, aged 15 to 24, started their group in 2007 by playing in many local gigs in northern California. It was in 2009 when a top London music manager found out about their a capella cover of Miley Cyrus’ “Party in the USA” uploaded on YouTube. From there, they signed a record deal with universal label Island Records.

The sisters revealed that their musical inspiration varies, from Alanis Morisette and Michelle Branch to Sam Hunt.

“We love how real and honest they are in their songs!” Cimorelli said. “It’s our goal to put ourselves out there and be brave with sharing our stories with our fans. We want people to really know who we are, and artists who are so raw like that are incredibly inspiring.”

As for their songwriting process, they all contribute lyrics and write melodies for their original songs, but mostly driven by Christina’s creative vision.

“She’s the one who puts all the pieces together; each song is totally unique in terms of process—some are all of us together, some are just one of us,” they said.

When not making music and performing, the Cimorellis like to go on bike rides to the river, go to movies, or just sit and talk.

In 2013, Cimorelli won a FOX’s Teen Choice Award for Web Star. Currently, they have more than 800 million views and over 3 million subscribers on YouTube. Their videos’ content—aside from their original and cover songs—also feature fashion, beauty and general live inspiration.

Cimorelli’s newest releases, the “Renegade” EP and “Christmas Magic,” are now available on iTunes. They recently had a successful 10-city European tour in March and another tour on the East Coast in June.

“We are so excited to perform in the Philippines! We have actually Skyped several of our Filipino fans before, and they were always so energetic and passionate! It seems like the fans there are really fun people, and we can’t wait to meet them!” they said.

Click Play: The Social Media Festival will also be featuring Viners Sam and Colby, and will be held Nov. 22 at the SMX Convention Center.

Regular tickets are still available at www.smtickets.com and outlets nationwide. It is presented by Sun Cellular, Cebu Pacific Air and Bellevue Resort.