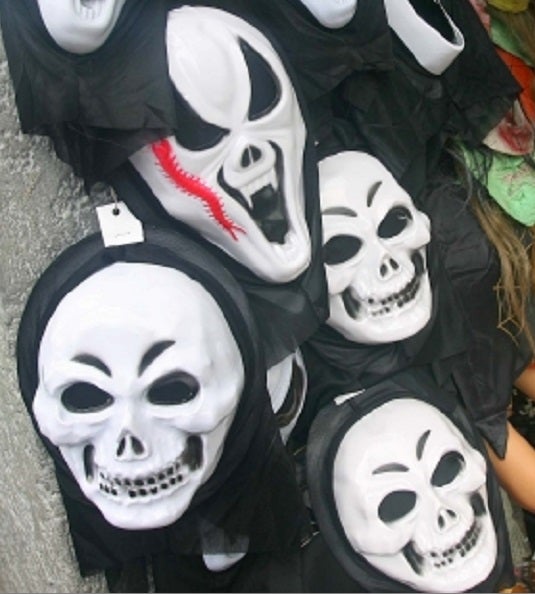 Cut out the tricks and scary costumes.

A top Catholic Bishops’ Conference of the Philippines (CBCP) official has urged the faithful to recapture the essence of Undas or All Saints’ Day and replace the popular Halloween horror practices.

Instead of wearing scary costumes, going trick-or-treating and playing pranks, Pasig Bishop Mylo Hubert Vergara, chair of the CBCP Episcopal Commission on Social Communications and Mass Media, urged Catholics, children in particular, to dress like the saints and martyrs of the Church.

“Let’s make the commemoration of All Saints’ and All Souls’ Day holy by initiating wholesome activities such as a parade of saints and making it a tradition,” Vergara said in an interview over Church-run Radio Veritas.

Lipa Archbishop Ramon Arguelles, meanwhile, has called on religious leaders in the archdiocese to start “re-Christianizing” Halloween through activities that pay special attention to the lives of the saints.

“Please introduce in our parishes and communities the correct commemoration of the saints and the holy souls during our November celebration of the Church’s triumphs and sufferings,” Arguelles said in a circular.

He expressed concern the originally wholesome observance of Halloween (“All Hallows’ Even”), the evening preceding All Saints’ Day, appeared to have lost its religious character due to various outside influences.

“Unfortunately, secular, consumerist and pagan practices had seeped into what was sacred and spiritual in our religious observances,” he noted.

Instituted by the 8th century pope, Gregory III, All Saints’ Day—also known as the “Feast of All Martyrs”—is a day to honor the dead the Church deems worth emulating.

Vergara said the faithful should highlight the lives and virtues of the saints and do away with the Western-influenced tradition of scary pranks and bizarre costumes.

Some parishes have been holding a “March of the Saints” with children dressed as saints and parading at the start of the Mass.