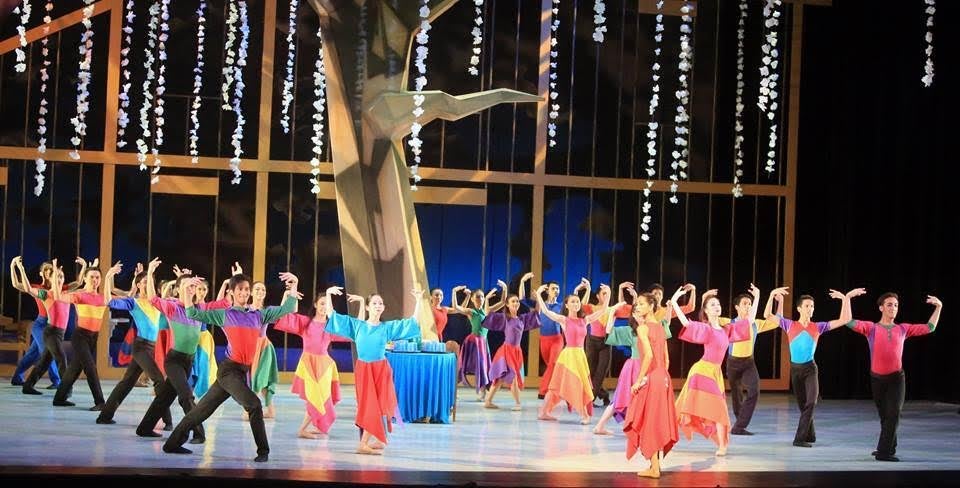 Under the baton of Ryan Cayabyab, who also arranged the folk songs, “Sarung Banggi” transported dance enthusiast to that bygone era when love was pure and not challenged by prenuptial agreement and when “traffic jam” had yet to enter a commuter’s vocabulary.

Under a unified libretto (by Dennis Marasigan), the concert had several choreographers contributing dance tales to describe the evolution of the Filipino family.

The ballet narrative opened with a young girl going center stage and the curtains going up to reveal an idyllic time in the past.

Easily the standout was the set design of Ohm David, the centerpiece of which looked like a dance movement frozen in time.

“Atin Cu Pung Singsing” introduced the ensemble and the soloists, with Rita Angela Winder as the family matriarch and Jean Marc Cordero as her husband José.

From “Salidumay” (choreographed by Yadao) to “Malinac Lay Labi” (Adea), viewers got a glimpse of the young carefree days of the young couple. Their wedding was portrayed in “Ilocandia” (Cyril Aran Fallar).

In “No Te Vayas,” the young husband hied off to Zamboanga to try his luck.   Gregorio’s “Sarung Banggi” (Paul Alexander Morales) was a dream sequence of the family he left behind.

The last part was a virtual journey through different regions in the Philippines with well-chosen songs dear to Filipinos.

To be sure, everything wasn’t strictly folk music, as in the case of the popular “Si Filemon,” choreographed by Nonoy Froilan, to portray humorously the temptations confronting the husband.

The pathos of betrayal was clearly etched in the Visayan favorite “Ay Kalisud,” given a moving dance interpretation in the work of Froilan.

“Sarung Banggi” winded up with party scenes to the tune of “Pepe at Pilar” (Pacis) and a lively garden scene complete with kites flying in Gallardo’s “Saranggola ni Pepe.”

In the end, the production was a triumph of Ballet Philippines’ ensemble dancing. Soloists Winder, Cordero, Gana and Arisola were particularly effective.

Cayabyab conducted the PPO with extra verve. It delivered a cohesive and dynamic sound.

Copresented by the Albay Provincial Government headed by Gov. Joey Salceda, the gala night saw many Albayanos in the audience, such as Santo Domingo Mayor Herbie Aguas, who was instrumental in bringing the remains of composer Gregorio from La Loma Cemetery to his Albay birthplace.

“In the music of Gregorio,” Salceda noted, “the Albayanos prove their distinct cultural heritage, in an evening that showed the best from other regions as well. Finally, we Albayanos will hear a live rendition of the Gregorio favorite through the national orchestra.”