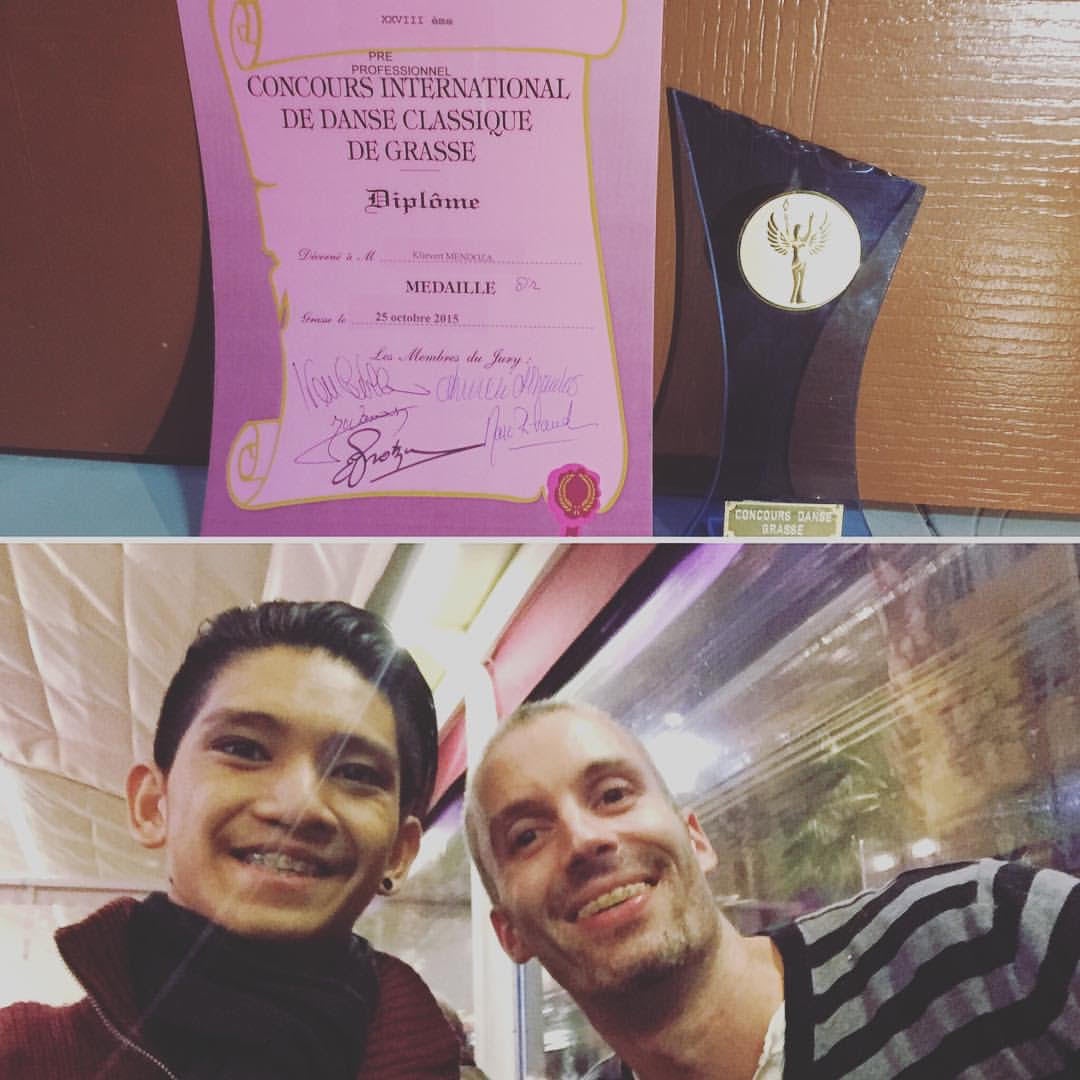 A 17-year-old Filipino bagged the top prize in a recent dance competition in Paris, France.

In a Facebook post, Mendoza said he considered his victory as an “early Christmas gift from God.”

He also expressed gratitude to his ballet mentor, Jonathan Guillarme.

“I would like to thank God for the early Christmas Gift I got. And aslo Jonathan, for making my dreams come true. All of these victory our team have now is for you and because of you. You are the best! The best in being a friend, a teacher and as a second Dad,” he said.

Mendoza bested six other contestants in his category, being the only boy at that, all throughout the three stages of the competition—the first two rounds were classic ballet solo, while the final round was one classical and one contemporary solo.

Mendoza told INQUIRER.net that he did not expect to win or even make it to the finals, noting that he prepared a contemporary solo a night before the championship.

“It was very surprising for us that I made it to finals. Because we did not expect that I would make it to the finals. And we didn’t even prepare a contemporary solo. Then we found out that I got into the finals, so we made the contemporary solo night before the finals, it was about 1 am, when we were creating the solo,” Mendoza said.

He added that failure should not hinder aspiring dancers to pursue their dreams.

“I just want to say that what ever or who ever stands in your way between you and your success, don’t let it. And if you fail, “get up and never give up” because failure is the stepping stone to success. But once you give up, its over,” Mendoza said.

Mendoza is a scholar of the Nanyang Academy of Fine Arts in Singapore.

The Paris International Competition of Dance is an annual contest of contemporary dance and classical ballet, which originated in 1984. TVJ