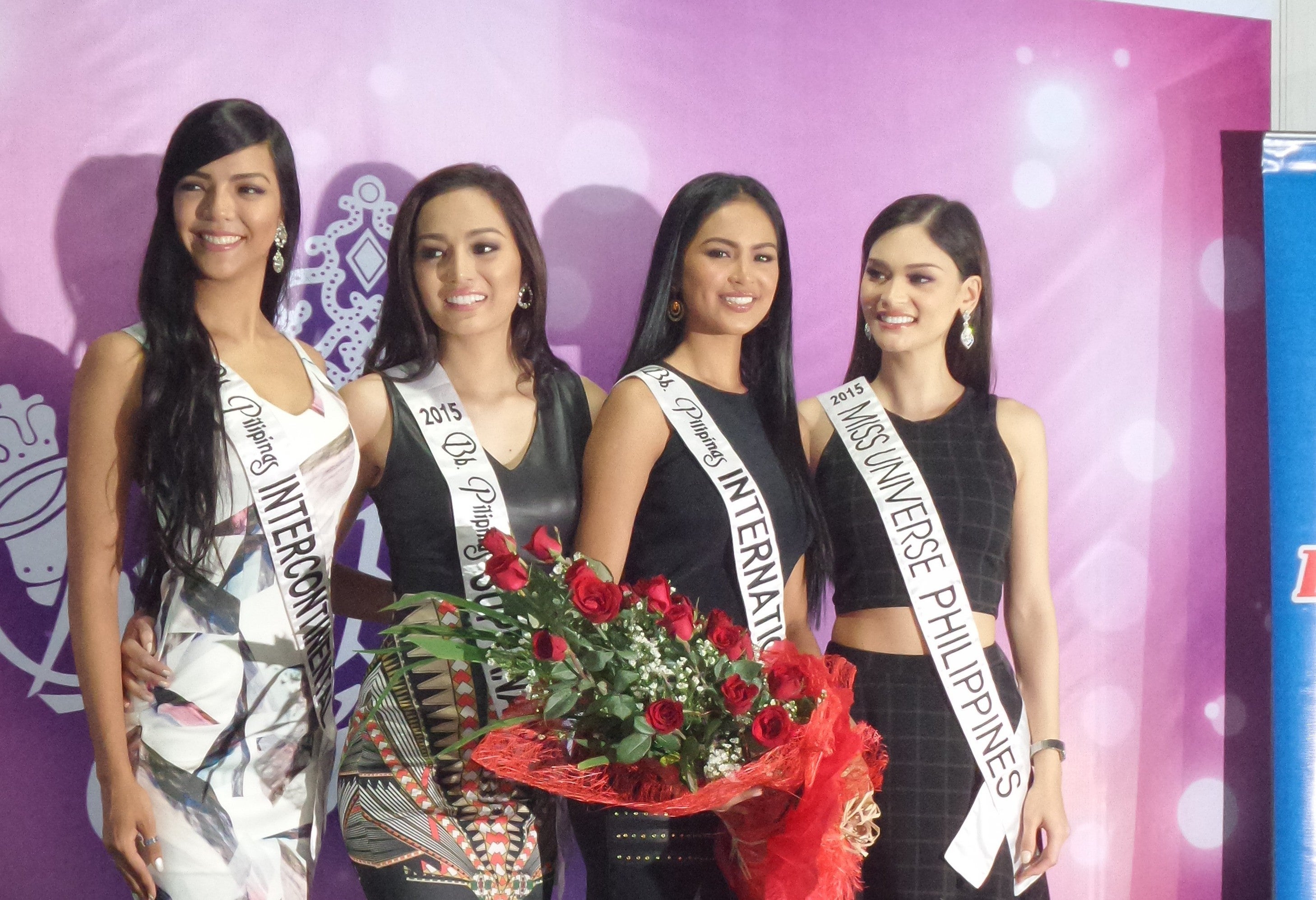 “The moment that I learned Ann won, I got nervous. I shivered. I told my self ‘I have to win.’ Suddenly, I wasn’t calm,” Janicel said during her send-off press conference at the Gateway Mall in Quezon City.

“Every day I was multitasking. What I usually do for an hour, I did for two, like working out in the gym,” added the 20-year-old Palawan native.

Janicel said Ann, who became the first Filipino to win in the 42-year-old Miss Globe tilt last month, has been offering her support even from the other side of the world.

“She (Ann) motivates us. ‘I won, so you should win too,’ she told us. It was a huge boost for us, even if it added to the pressure we have been feeling. I’m always thinking that I cannot lose. I have to give everything I can,” shared Janicel.

But her fellow Bb. Pilipinas queens are confident she will make a huge splash in the international arena.

“When you see Janicel, you’ll notice her natural and beautiful aura. I have no doubt you’ll be the next to bring home the crown. Ann has set a precedent for us,” declared 2015 Bb. Pilipinas-Intercontinental Christi Lynn McGarry, who will compete in the 2015 Miss Intercontinental pageant in Germany next month.

“We should not worry about anything at all, because Janicel will bring her A-game. She is determined, she trained every day,” said 2015 Miss Universe Philippines Pia Wurtzbach, who will compete in the 2015 Miss Universe pageant in Las Vegas on Dec. 20.

“We all know Janicel as a fierce competitor on stage. But she’s also a fighter in life. Whenever we receive our salaries, she would immediately send money to her family in Palawan even if she is going through a lot here, preparing for her international pageant, she still thinks of her family,” Pia shared.

For her foray in the international stage, Janicel said she took pointers from the Philippines’ former Miss International winners Bea Rose Santiago (2013) and Precious Lara Quigaman (2005).

“Watching their videos, I learned that I have to give a ‘simple’ approach. Also, in the way they delivered their speeches, they were very sincere. I should be like that, too,” Janicel said.

“She told me what’s gonna happen there. She said I have to be on time every time and just put light make up. Every time I meet someone, I have to bow. I have to be polite and courteous,” Janicel shared.

Janicel is gunning for the countries sixth win in the Miss International tilt. She is facing 69 other delegates.

The pageant will culminate on Nov. 5. Live streaming is available online.