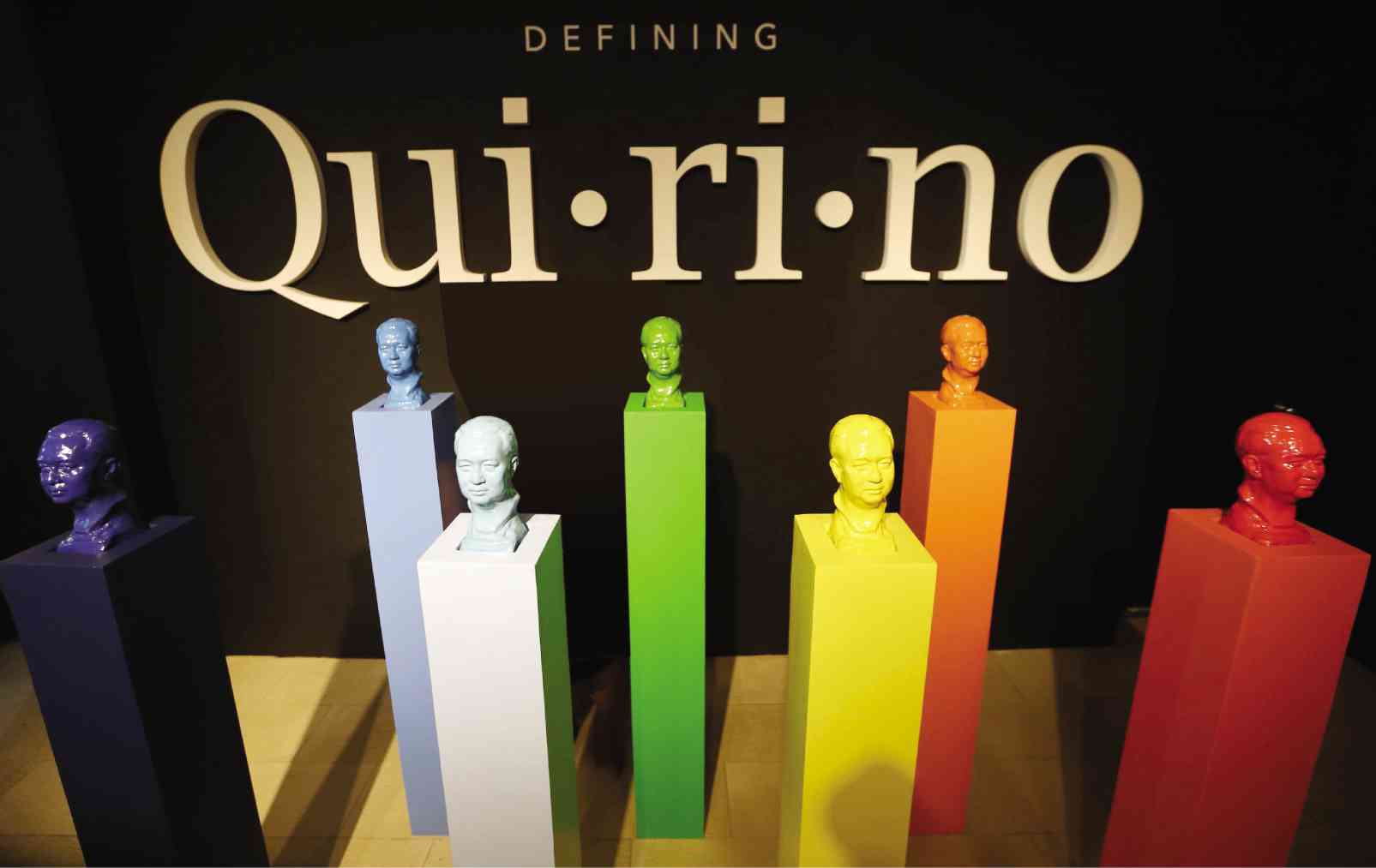 HEADS UP Sculpted using various media, a bust of the late President Elpidio Quirino forms part of the exhibit “Defining Quirino” at Ayala Museum in Makati. The exhibit, marking the 125th anniversary of Quirino’s birth on Nov. 16, features highlights in the life of the postwar reconstruction leader and shows the young new ways to contribute to nation-building. LYN RILLON

Youth could learn a thing or two from Quirino legacy

He may have given “the shortest inaugural address,” but through an ongoing exhibit to commemorate his 125th birthday on Nov. 16, the family of President Elpidio Quirino wants today’s generation to have a memory of the postwar leader.

And through a “dictionary” of virtues that defined his leadership, he just might teach them new words to help build a nation, said Quirino’s granddaughter, Ruby Quirino Gonzalez, at the launch on Saturday of “Defining Quirino,” a commemorative exhibit at the Ayala Museum that will feature different activities on all the Saturdays of November.

Assembled through documents and memorabilia from the Filipinas Heritage Library collection and the President Elpidio Quirino Foundation, the exhibit focuses on highlights of the late President’s life.

A key feature of the exhibit,which runs until Nov. 28, is a dictionary-like section that displays words “associated with Quirino,” and whose meanings are explained through vignettes on his life and legacy.

“We wanted to capture his nationalism because he was the first to really stand his ground [when our] fledgling republic [was fighting] for our sovereignty,” said Gonzalez, adding that her grandfather gave what is now known as the shortest inaugural address.

“He said: I beseech you to join us with tolerance, goodwill and love,” said Gonzalez who explained that today’s generation “can learn a lot” from the three key words.

“Tolerance,” she said, stands for the time Quirino granted asylum to white Russian refugees in 1948.

“Clemency” represents the late President’s forgiveness of the Japanese for their World War II atrocities in the Philippines.

And “diplomacy” stands for how Quirino became “the father of the foreign service,” said Gonzalez.

Another highlight is a digital guest book, where visitors may digitally color Quirino cartoons on a tablet and leave a message on “how to be a better Filipino.”

Submissions will be posted on the foundation’s website and social media pages under the hashtag #QuirinoPilipino, Gonzalez said.

“What President Quirino did serves as an example on how to serve our nation,” Gonzalez said of her grandfather, who was born to a modest family in Vigan, Ilocos Sur.

Quirino, a barrio teacher and lawyer, was President from 1948 to 1953 and served during the postwar reconstruction period.

“Our message here is a challenge for our youth to use their lives for the betterment of our nation,” said Gonzalez.

As part of the commemoration, former white Russian refugee Natalie Sabelnik will give a talk on Nov. 14, while a Manila Symphony Orchestra concert on the same day will feature Russian folk singer and former refugee Nikolai Massenkoff.

Renowned historian and Inquirer columnist Ambeth Ocampo will deliver a lecture on Nov. 21. On Nov. 28, the final Saturday of the month, the foundation will launch “Elpidio and Alicia: The Love Letters,” a book on the love story of the President and his wife.

Elpidio “EQ” Quirino: The President who forgave his loved ones’ killers