From casino tables to classrooms and computers | Lifestyle.INQ ❮ ❯ 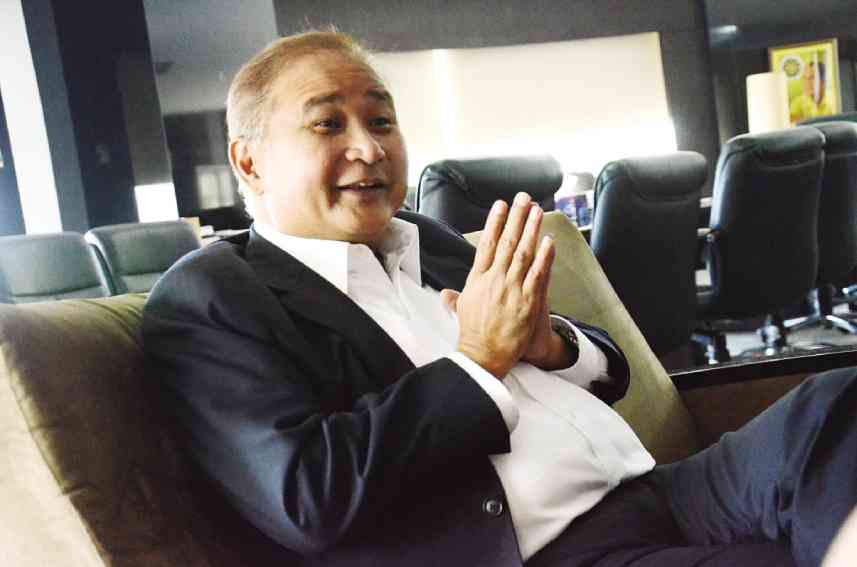 From casino tables to classrooms and computers

The man at the helm of the Philippine Amusement and Gaming Corp. (Pagcor) wants typhoon-resilient classrooms that could double as evacuation centers or venues for community gatherings to be the agency’s lasting legacy under the Aquino administration.

But classrooms have a deeper and more lasting impact, he insists. And who knew a government corporation better known for regulating the gaming industry could become a major player in education?

Since 2011, Pagcor’s corporate social responsibility (CSR) efforts have put a laser-like focus on its “Matuwid na Daan sa Silid Aralan” school building project, setting aside P10 billion from savings collected since the beginning of this administration to construct 2,000 classrooms so far sprinkled in 363 sites all over the country.

Naguiat’s staff says around 4,000 more classrooms are planned for construction before President Aquino’s term ends next year. The Pagcor chair says an augmentation of P2 billion is in the wings.

“We want this to be a legacy of Pagcor and of the President. Pagcor is not just about gaming and entertainment. It’s about helping promote education and the youth through school buildings,” he explains.

Naguiat assures there is no political patronage behind the project. The government corporation consults with the Department of Education (DepEd) in locating sites where public classrooms are seriously needed.

Once an agreement is reached between the two government bodies, the Department of Public Works and Highways is called in to spearhead the bidding for the construction of each classroom. Or in the case of more urbanized areas, buildings that would house several of these.

“We can really say there is no politics involved in this because wherever DepEd says classrooms are needed, the staff is sent there to study the location, take care of required papers… We do not require that the (local government unit) in the area should be affiliated with (the Liberal Party). Hindi dahil napakalakas mo, hihingi ka ng classroom kahit walang shortage,” Naguiat points out.

In the aftermath of Supertyphoon “Yolanda,” however, Naguiat says President Aquino insisted on typhoon-resilient buildings that in reality would cost more if constructed, say, on higher ground or have more stories.

“Malabon, for example, would have more expensive buildings since malambot ang lupa and we have to do piling first. Iba-iba ang cost,” he explains.

Naguiat expresses concern over the approaching election season, when a ban on government spending is imposed right about the time the campaign period sets in.

One thing that Naguiat asks is that the new school buildings be built to last for several decades, like the Gabaldon buildings from the early 1900s.

Gabaldon buildings refer to those built according to specifications indicated in a legislative measure filed by the late Nueva Ecija Assemblyman Isauro Gabaldon.

Two thousand of these elegantly designed, colonial-type buildings that married Spanish and American influences were built with a P1 million budget then.

Those that survive to this day are said to be still more adapted to the tropical weather and the onslaught of the elements than buildings constructed in later decades.

Naguiat says he is confident that the Pagcor-financed classrooms inspired by their Gabaldon ancestors would stand the test of time.

The choice of Naguiat as Pagcor chair was a no-brainer for the Aquino administration. Before becoming its honcho, Naguiat had tucked 14 years of Pagcor experience beginning 1987, working his way up as chief finance officer, assistant managing head and, eventually, as managing head of the finance and treasury departments.

Naguiat left Pagcor in 2001 to focus on developing the Urdaneta Sacred Heart Hospital in Pangasinan. In 2010, President Aquino appointed him chair and CEO of Pagcor.

Records indicate that, under his leadership, Pagcor’s aggregate gross income has reached almost P173.97 billion—an increase of P45.35 billion, compared to the income generated from January 2006 to June 2010.

It was only during Naguiat’s incumbency that Pagcor has begun remitting cash dividends to the national government.

Apart from the flagship “Silid Aralan” project, Pagcor also has a “Pinoy Bayanihan” project that utilizes illegally cut logs for furniture in public schools; “Brigada Eskuwela,” where Pagcor employees volunteer to clean classrooms before school openings; and a community-based feeding program that uses its funds to help nourish underweight children.

Pagcor was involved in post-“Yolanda” disaster relief operations and also has an ongoing program that converts old slot machines into school desks.

With the “Silid Aralan” project in full swing, Naguiat intends to convince “proponents,” including Resorts World Manila, Solaire Resort and Casino, City of Dreams Manila Integrated Resort, Hotel and Casino, and Tiger Resort Leisure and Entertainment Inc., to provide financial assistance for computer laboratories in public schools throughout the country.

“We will not be the ones to buy the computers, but the proponents. We’ll just pinpoint the schools where the computers will be distributed,” Naguiat explains.

The participation of proponents in nation building is intentional, he adds.

To date, Naguiat has required all proponents to limit only 7.5 percent of their investments to gaming. The rest should go to more culturally relevant projects like theaters and tourism-friendly venues like thematic attractions, hotels, retail shops and restaurants.

“We are looking at the Philippines as the Broadway of Asia. We already have productions like ‘Singing In The Rain’ and ‘Les Miserables.’ We want people coming here, spending two nights to watch musical plays… Nag-start na tayo, eh… We don’t really promote the casino but the country,” he notes.

Naguiat says the Filipinos’ pleasant disposition and inherent musical talent would be irresistible draws. It is not hard to imagine, he insists, a theatrical production in the future where an all-Filipino cast would be the magnet.

“Unlike Macau where the tourists troop to the casino after seeing the façade of the Ruins of St. Paul’s church, or Singapore, where there is shopping, here in Manila umaapaw tayo sa attractions. We’re not promoting gaming or casinos (exclusively),” he observes.

“Las Vegas now earns 60 to 70 percent from non-gaming revenues. We could evolve into that kind of thing,” Naguiat adds.