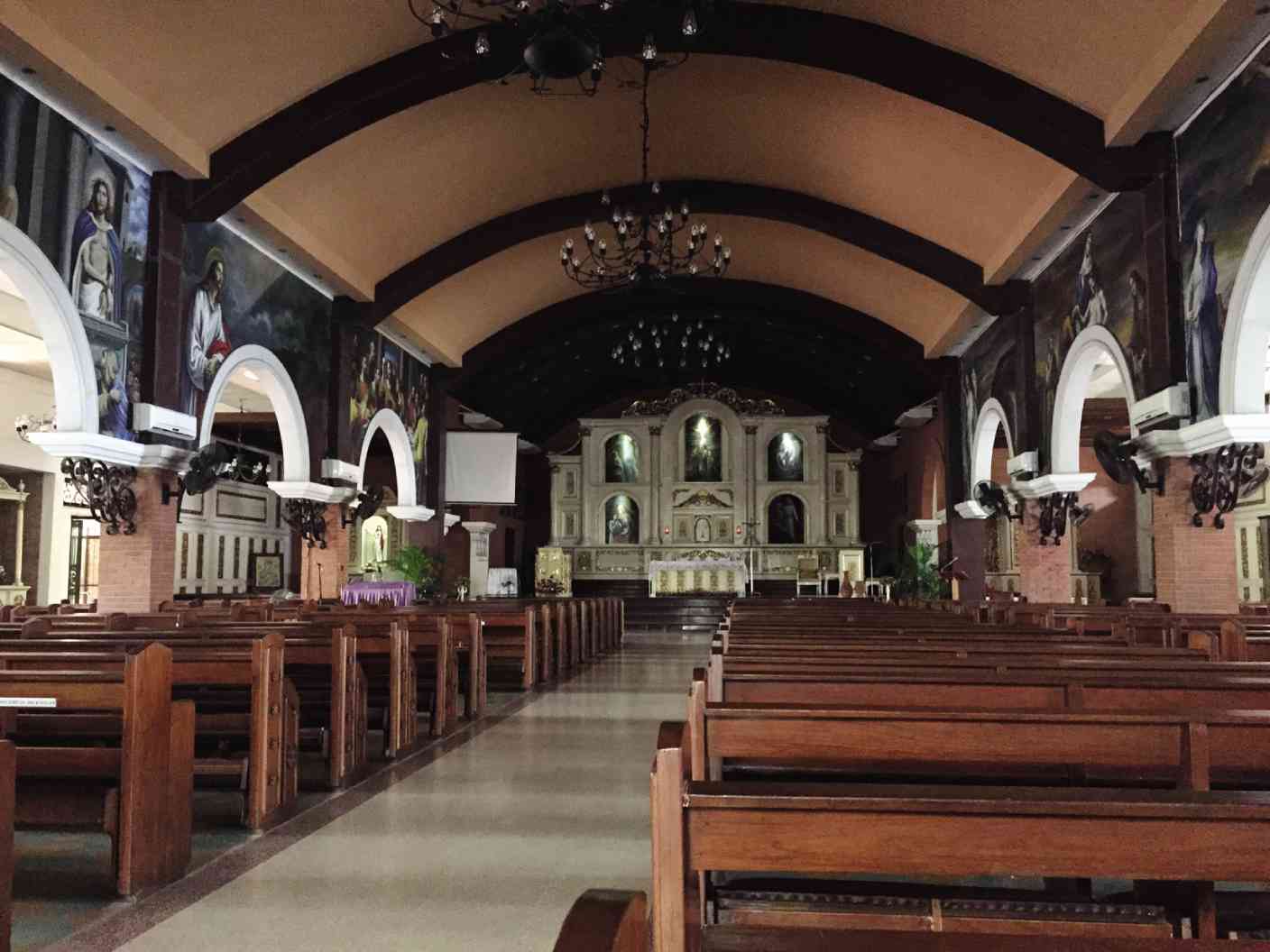 THE STA. ANA Shrine Parish Church, which is air-conditioned during services.

San Pedro Cathedral, located right at the center of Davao City fronting the Sangguniang Panlungsod ng Dabaw (City Council) Building, is the city’s oldest church. The original structure dating back to 1847 was said to have been built by the first Spanish settlers in the area.

But the church, also known as Davao Cathedral, does not have the ancient, weathered look of many other heritage churches in the Philippines.

It underwent remodeling twice—first in the mid-1900s, then in 1964 when it got recast into its present shape; it’s a distinctively modern building in concrete, glass and metal that appears to merge the city’s Christian and Muslim character with its curved gray roofing that evokes the shape of a vinta, topped off by a cross.

The church—which serves as the seat of the Roman Catholic Archdiocese of Davao and is considered a National Cultural Treasure—looks as simple inside as it does outside.

The interiors are brightened by natural light; rows of plain pews are arranged before an altarpiece done predominantly in gold and brown and framed by a whitewashed arch.

The look is modest, austere even. The Stations of the Cross running across the sides of the church are done in elegant stained glass against brown paneling.

The only hint of traditional Gothic design is in the arch windows flanking the church’s main doorway.

The altarpiece is also of more recent vintage; a side chapel on the right of the church holds the much older, more intricate retablo that used to be the original altarpiece.

Statues of saints are also in this area, arrayed against the walls of the chapel. Without these added elements cluttering the central space, the main area of worship appears roomier and more pristine.

Emerging from the side chapel, one would not miss the imposing belfry, which stands by a corner in the courtyard.

Beside it, adorning a pocket garden, is a replica of the Pieta—cheek by jowl with a row of stalls selling religious mementos, from rosaries, prayer booklets and scapulars to crucifixes and dazzling costumes for the Sto. Niño and other holy statuary.

Despite its serene, modern-looking facade, the San Pedro Cathedral has had its share of tumultuous history. It was said to have been turned into a horse stable by Japanese troops during World War II.

It has also witnessed two bombing incidents—the first in April 1981, on Easter Sunday, when a blast during Mass killed at least 17 people. Seven more people died when another bomb hit the church in December 1993.

But those massive vinta sails atop the church edifice that appear to make the building float against the surrounding urbanscape survived any damage. It continues to be the city’s most important landmark, an unmissable beacon to Davaoeños and visitors alike.

In another part of Davao City is the Sta. Ana Shrine Parish Church.

Like the San Pedro Cathedral, it looks fairly new; both its light-brown facade and the ceiling inside, done in the same hue, are devoid of any intricate decorations. The altar, nearly all-white with flecks of gold detailing, is both low-key and lovely to look at.

A column of Roman arches lines both sides of the church space inside to frame the pews in the middle; what’s arresting are the murals that adorn the first few arches near the altar—huge, highly figurative depictions of Christ’s suffering and death, which lend a dash of color and focal interest to the church’s otherwise deliberately nondescript interiors.

The Sta. Ana Shrine Parish Church holds Masses Monday to Sunday in Visayan and English, and is air-conditioned during services.