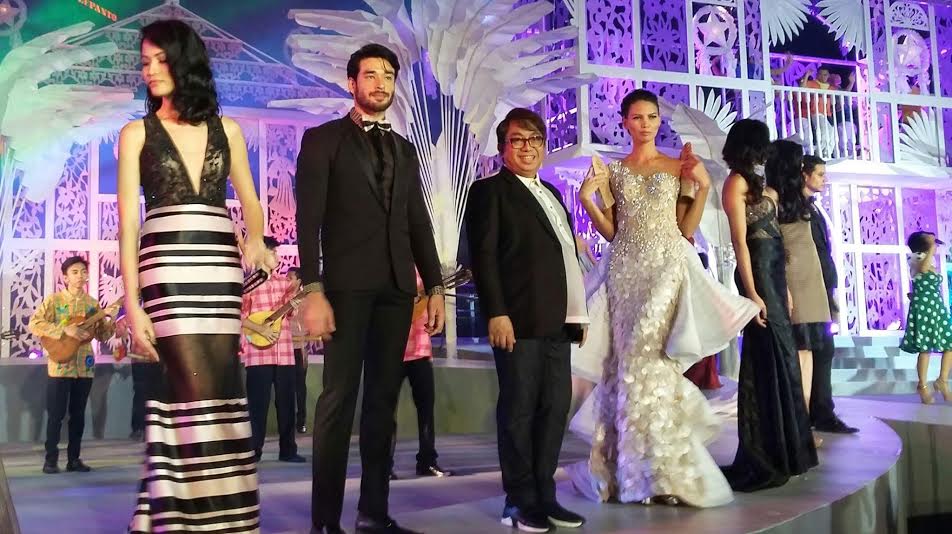 Grand moments for Philippine fashion and culture at Apec

The cultural events surrounding the Asia-Pacific Economic Cooperation (Apec) 2015 may not exactly be of Imeldific proportions, but the showcase and celebration of Philippine fashion’s best, including in the months leading up to the summit, are certainly reminiscent of the grandeur of that bygone era.

No other national event in recent memory has exhibited local design talents on such scale until this year, with cultural presentations from Manila to Cebu, Iloilo and elsewhere seamlessly interweaving fashion and culture to entertain guests from the 21 member nations.

Take, for instance, Monday’s Apec event at Tower One on Ayala Avenue, where Filipino tycoons played host to global CEOs, in a pastillas fiesta theme dinner party. Three of the country’s eminent fashion designers—Philip Rodriguez, Cary Santiago and Albert Andrada—presented their collections, in an hour-long show that included traditional dances, from the Hispanic flamenco and “La Jota” to “Maglalatik” and hip-hop, as well as musical performances.

Jackie C. Aquino, who directed the fashion segment of the show, noted how the three collections were “very diverse and world-class.” Rodriguez showed a colorful palette inspired by the Galleon trade. Santiago harked back to even remoter history with Buddhist-inspired designs from pre-Islamic Srivijaya culture. Andrada went Filipiniana, opening with a modern Maria Clara and closing with a capiz terno.

The designers came out in that order, no billing issues, for the love of country, Aquino said with a laugh. That two are from Cebu—Rodriguez and Santiago—wasn’t intentional, he added. The models walked to a rehashed version of the “Itik-itik” by composer Louie Ocampo.

“I had goose bumps when I heard the applause,” said Andrada, who, like Santiago, used to work in Dubai. He returned to the country three years ago. “They were clapping for us not as designers but as Filipinos. Before I was serving other nationalities, and there was pride in that. But being back here, seeing the impact of my work in my own country and being part of this event, the feeling of pride is unexplainable. It fueled my passion to share my gift with the next generation of Filipino designers.”

Apec-related cultural events have been held at various venues in the last few months, culminating in this week’s activities. At a reception for delegates of the Apec High Level Policy Dialogue on Science and Technology in Higher Education in late August, designer Maxie Cinco showed a collection of modern terno dresses. In Cebu the following month, 10 of the province’s best, including Santiago and Rodriguez, showed their designs at SM City Cebu as part of the “Exquisitely Filipino” trade exhibit.

A scaled-down version of the Cebu fashion show, featuring piña Filipiniana wear, was presented to the spouses of the Apec leaders at the Kultura Filipino at SM Aura on Nov. 17.

Meanwhile, another designer, Paul Cabral, has been in the headlines in the past week. Cabral, who has made clothes for President Aquino and his late mother, President Corazon C. Aquino, was tapped to design the barong Tagalog to be worn by the Apec ministers in their souvenir photo.