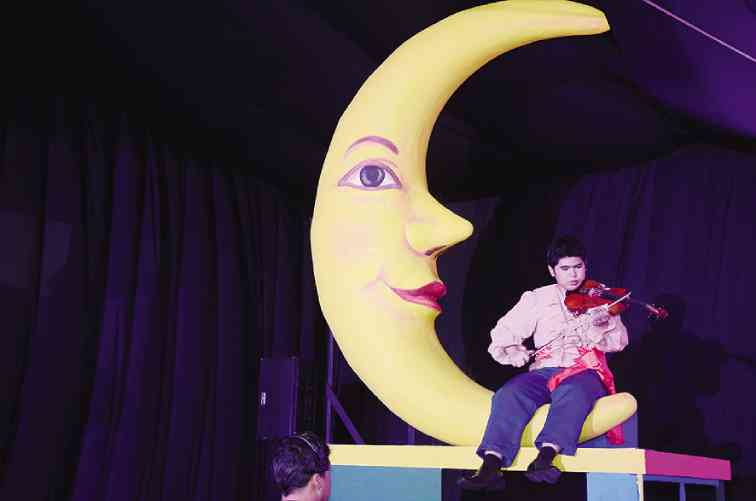 EARLY this year, Doris Magsaysay Ho, chair of the Apec Business Advisory Council (Abac) 2015, made me listen to a song she had grown to love. A few weeks later she had me listening to another song.

I was tasked to put together this event, expand the concept, organize the performers, get the best production team and suppliers, and direct the program.

A week before the event, a Big Top went up at the West field of the Manila Polo Club in Makati. The air-conditioned space consisted of a 1,400-sq-m main tent and cocktail reception area with another 1,000-sq-m tent for the kitchen and backstage dressing area.

Mounting the dinner was quite an interesting feat, as Doris gave certain requisites. She wanted to have each guest feel “embraced” by the performers and she wanted to have lots of kids serenading the guests.

The invitation design, with Charlie Co’s whimsical painting on the cover, gave the guests a hint of what the evening would be like.

At 6 p.m. of Nov. 14, the 450 guests to the gala dinner honoring the Abac delegates, as well as senior officials of the 21 economies of Apec, Cabinet members and other guests started trickling into the reception tent. A young boy sitting on a giant moon began serenading the guests.

Everyone proceeded to the main hall that was lit in splashes of purple, blue, magenta and amber, with a view of the garden and the trees lit in various Charlie Co-inspired colors.

A cellist played selections from Bach.

Before dinner was served by over a hundred waiters in synchronized fashion, Doris and Ayala Corporation chair and CEO Jaime Zobel gave their opening remarks.

As the guests were having dinner, the orchestra and the performers put on a show. As the dinner came to a close, the 150-member choir encircled the guests and the haunting melody of Emma Shaplin started to play; one of the songs that became the inspiration for the event came to life.

The evening ended with everyone “We Are The World” with Doris and other key officials of Abac and Apec on stage, their hands in the air.

The writer is the owner and creative head of ThemeWorks Events Company.