Why you need to #LickItClean | Inquirer Lifestyle ❮ ❯ 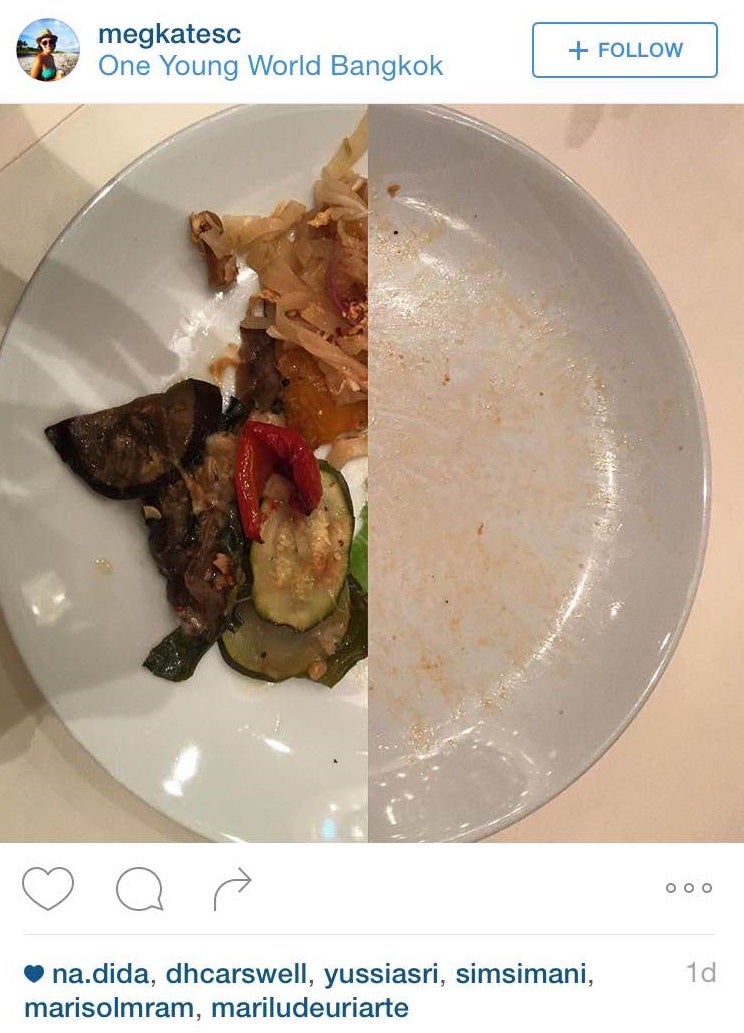 Why you need to #LickItClean

BANGKOK, Thailand—A quick search of #food on Instagram would yield more than 160 million results, #foodporn would deliver more than 70 million posts, and #foodtrip would lead to more than 1 million pictures.

There’s a level of popularity and coolness in posting one’s food—whether it be a home-cooked meal or buffet spread—on one’s social media accounts. And a 24-year-old Korean wants to tap into that hip culture to advance his advocacy.

Min Woo Kim started the social media campaign #LickItClean to urge consumers to finish their own food, and in the process, stop wasting environmental resources.

“I noticed a trend of people posting delicious food photos on Instagram. However, I always wondered if they actually finish all that food,” said Kim before hundreds of delegates at the One Young World 2015 summit here.

“This is where the idea for the campaign #LickItClean was born. I wanted people to know you do not have to go somewhere to make a change, but that you can make small changes in your daily life.”

Citing a study released by the Food and Agriculture Organization, Kim said that wasting food equates to wasting water and energy.

“According to the FAO, if global food waste were a country, it would be the third largest contributor to CO2 emissions, behind China and the US,” he said, noting that food waste dumped in landmills just end up emitting methane gas.

He acknowledges that both the distribution side and the consumer side may contribute to both the problem and the solution of food waste. The consumer side, however, offers an answer which even ordinary citizens can take part in.

Kim said he knows all too well that posting food pictures is the norm now, but wants the people—even those who consider themselves hipsters—to take part in his campaign.

“I want to make people know that if you do not waste your food, that is also cool because you’re not wasting money and energy,” Kim said to a group of reporters from the Asia News Network.

He explained that coming up with a pun like #LickItClean is intended so that the young people may get into what he wants to be the new norm.

“I made the hashtag a little bit of a pun, and little bit sexual so that it’s like a fun thing to do,” he explained.

Look at the longer term

While there are others who would reason that finishing or not finishing their food would not feed the less-fortunate, he urges them to “look at the long term.”

“So if you see the long term, if you waste food, it’s gonna destroy the production chain of the agriculture system. Basically, there’s less clean water to use for agriculture and the water’s going to be polluted as well,” he said.

“They should serve food in smaller portions, but would also cheaper,” said Kim, adding that he sometimes would end up finishing the food of his female companions or relatives.

Kim also explained that while there is still a need to push for the hashtag to gain more traction on social media, he is not after the personal gains it may bring him.

“I don’t own the hashtag, and it’s not about me. I just want everybody to do it,” Kim said. TVJ