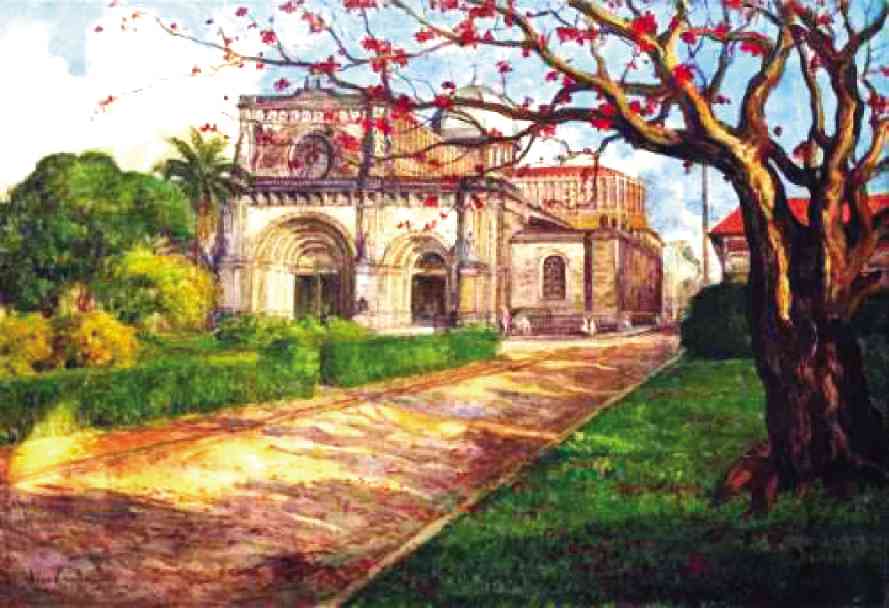 According to De León, the legal luminary J. Antonio Araneta and his wife, Margarita Rebullida Araneta, had amassed a noteworthy collection, with the guidance of the former’s brother, the legendary art collector Luis Araneta.

Among the noteworthy pieces in the collection included in the sale is “Pauwi” by the early 20th century master Vicente Rivera y Mir, whose works are extremely difficult to come by in the market today. Its starting price is P300,000.

De León noted that there is one work from the Carlos and Pat Nivera Collection but nonetheless a very important piece—HR Ocampo’s “Talking Birds,” rendered in oil on masonite board. It was signed and dated in 1956. It will be auctioned off starting at P1.8 million.

“The work from 1956 belongs to his (Ocampo’s) transitional period, which anticipated his mutant period and onwards which is described to be ‘abstract compositions of biological forms that seemed to oscillate, quiver, inflame and multiply,’ like mutations,” De León said.

Another noteworthy piece is Jorge Pineda’s 1933 oil-on-canvas “Magpaparol,” which is featured on the cover of the catalogue. It has a starting bid of P800,000.

“Pineda was a master at genre painting. He became famous for his bronze medal award in the 1904 Exposition at St. Louis, Missouri, for his ‘Las Buyeras,’” De León said. “He also excelled in illustration and created ‘Juan de la Cruz,’ who is personified in ‘Magpaparol.’ He had a style and a look that was truly his.”

One of the most important pieces in the auction is Anita Magsaysay-Ho’s 1964 oil-on-canvas “Four Women,” which has a starting bid of a whopping P5 million.

Another notable piece is Amorsolo’s 1952 oil-on-canvas “Under the Mango Tree,” which will be auctioned off starting at P2 million. The painting bears the artist’s signature theme of harvesting, where brilliant light floods the backdrop of greenery from behind the massive tree.

“Accepting pieces from foreign collections may often become a problem, especially with the lack of documentation to many,” he said. “Exceptions are pieces that have appeared in old publications like Napoleon Abueva’s ‘Kiss of Judas’ from 1955, which won First and Purchase Prize in 1955 in Detroit, Michigan; Guillermo Tolentino’s ‘Future Champion,’ which was fortunate to have the picture of the artist with it; and Juvenal Sanso’s ‘Beggar,’ which was published in the book ‘Sanso’ by Luis Araneta.”

He noted that other pieces had to be painstakingly researched especially on provenance like Manansala’s 1971 “Mother and Child” which was part of a large collection of Manansalas from Paula and Allan Kline, and Carlos “Botong” Francisco’s “Landscape with Two Farmers” from the prestigious collection of the Dee Family.

“Especially for old works, provenance is key, and we do extensive research to ascertain its veracity,” De León said.