Prince Albert: I’d rather remember it for its glory days | Lifestyle.INQ ❮ ❯ 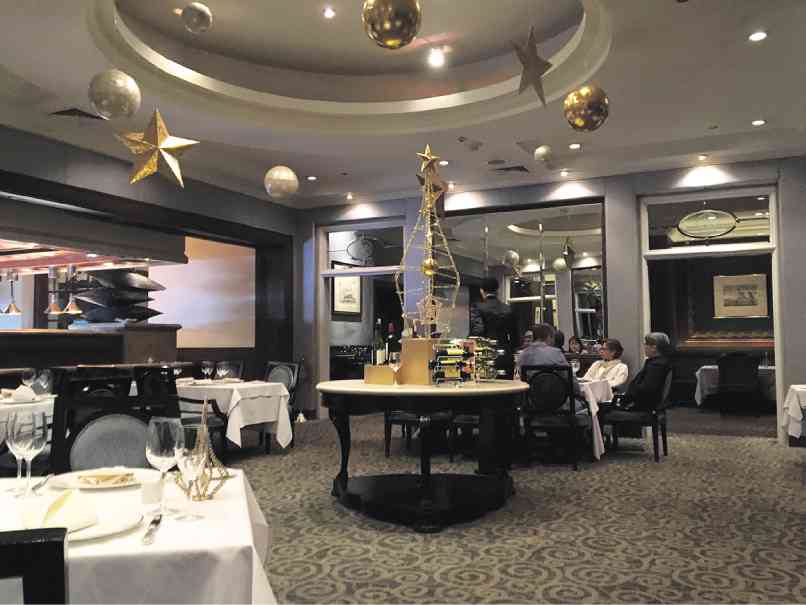 PRINCE Albert Rotisserie at the Intercon: Where it all began

Prince Albert: I’d rather remember it for its glory days

The imposing bulk of the Intercontinental Hotel has stood sentinel at the corner of Edsa and Ayala Avenue for so long that it’s hard to imagine the entrance to the central business district of Makati without it.

Unlike the distinctive louvred façade of the Mandarin Oriental, which is currently being demolished a few blocks down, the structure of the Intercon, as it’s fondly known, doesn’t seem to be galvanizing the usual agitation from the heritage conservationists. By any standard it’s not a particularly pretty building; it’s what went on inside that’s hitting a nerve of nostalgia.

We had a dinner there last week to celebrate its passing. Perhaps it’s our age, but we have been visiting a lot of institutions as they’re closing down, just as all our coming-of-age songs seem to be celebrating their 20th anniversaries this year.

But just as we paid homage to the Mandarin, we felt we should have one last slab of prime rib at the place where it all began. I’m sure it was not just me who had their first experience of an intimidating restaurant in the hushed reverence of the formal dining room. As a child I remember not being quite sure how to get the last few drops out of the soup bowl, so I picked it up and drank it. The other diners chuckled while my parents hid their faces behind a napkin.

Prince Albert had something of a renaissance in the early 90s when Cyrille Soenen took over the kitchen, and my friend Farah Tolentino was working as one of his sous chefs. The menu, while it continued to do the classics it was known for, reflected French cuisine at a time when it was going through one of its periods of confidence, and the menu reflected a thoroughly modern and contemporary sensibility.

The kitchen was extremely flexible and liked a challenge, so Farah and I began to plan special dinners according to seasonal produce, or on a theme of a favorite movie, or because we simply wanted to eat ridiculous amounts of foie gras.

Cyrille eventually left to pursue his own business interests, and Farah went into private catering. While I have been a fan of their individual pursuits since then, they did some of their best work there together, unencumbered by the financial constraints of entrepreneurship.

The table-side trolleys, or gueridons, gleamed in the subdued lighting; each was reputedly worth hundreds of thousands of pesos, made lovingly in France from rare woods and silver.

The second to the last time I visited, the menu had returned to the old standard fare, but the prime rib was still superb. The smaller, 250-gram slice was written up on the menu as the “Ladies’ Cut,” which as a machismo challenge for men to order the larger one worked every time.

When we visited last week, the menu had succumbed to political correctness, and simply offered a choice between 250 g and 500 g. The lights were far too bright and, despite the carpets and tablecloth, the noise level was reminiscent of a Chinese restaurant. The fabulous red velvet drapes that made the place feel, in a good way, like a bordello of carnal pleasures, were gone as well.

The menu had been reduced to the essentials, like a tourist restaurant in a war zone. I ordered the usual: Caesar salad, prime rib (ladies’ cut) and crepe suzette.

The food arrived at different times; so different, in fact, that the food that had come first was cold by the time the last one was served, and we were only seven at the table. The Yorkshire pudding was as elastic and impermeable as a kitchen sponge, while the slab of rib itself was like a pulpy mess of ligaments and unyielding fibers.

There were three desserts to choose from: Half the table opted for crepe suzette and the other half for crepe samurai. While we were waiting for dessert, but not before, the waiter announced that crepe suzette would be impossible because there was a problem with the stove.

So we all ordered crepe samurai. Thirty minutes later the waiter arrived, wringing his hands, and announced that they couldn’t do crepe samurai, either.

Ordering wine was like playing “Battleship”—there was an off-chance that you’d find something that was actually available, but for the most part the offerings on the wine list existed purely in the imagination.

There are some restaurants whose passing is not just a trip down nostalgia lane but a defiant celebration of its life and legacy; and when they go, they go down in a blaze of glory. This was not the case with the poor, unrecognizable Prince Albert, which was more like a terminal patient on an intravenous drip begging to be euthanized.

If you do choose to go for the memories, just know what you’re getting yourself into. I’m still glad I went rather than not, but I would much rather remember it at the height of its glory days, when every meal was the start of an adventure, and friendships and romances flourished under the soft light, and amid the gleam of silverware and crystal.

All men are mortal and, unfortunately, so are restaurants.