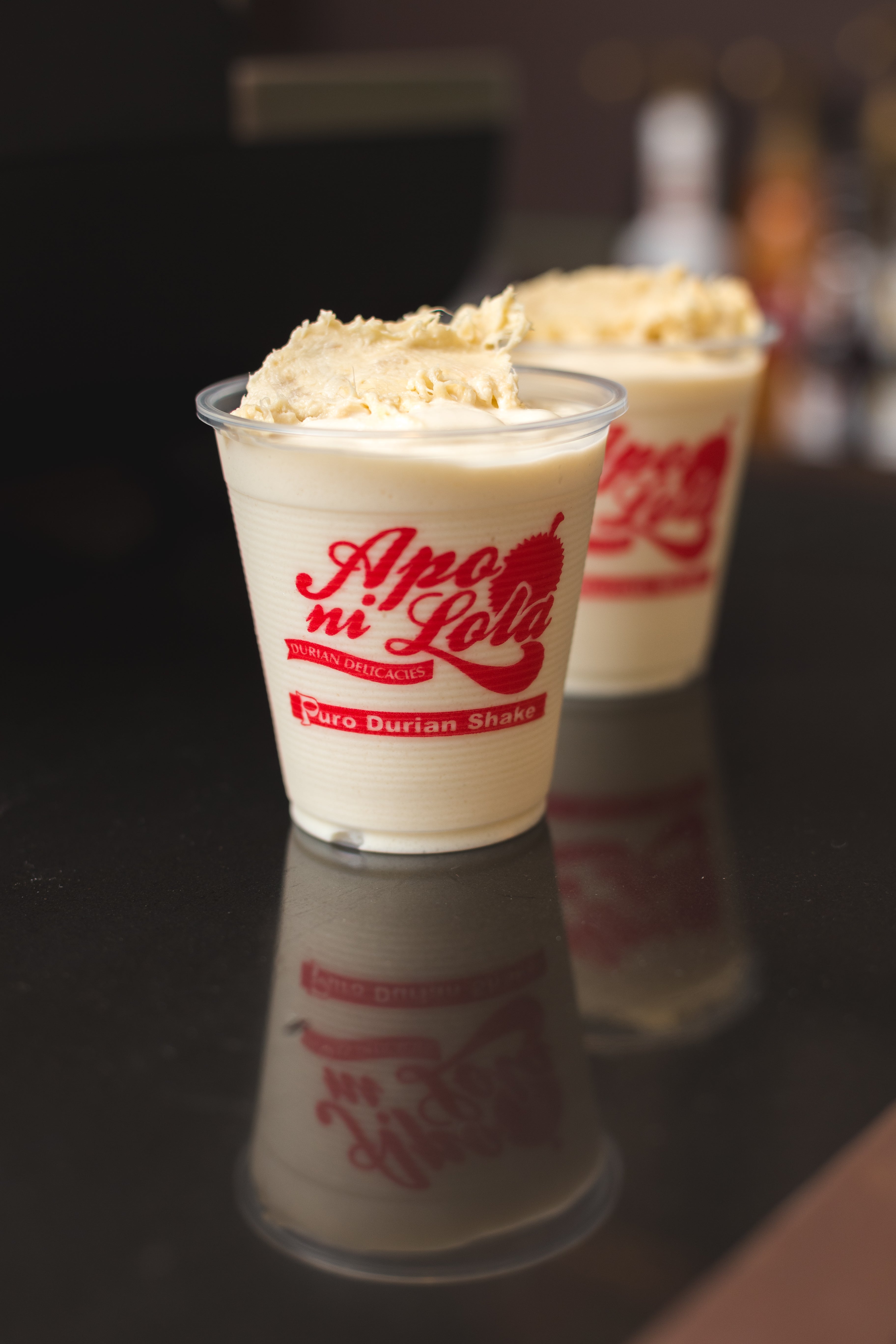 What to take home from Davao? Visit these popular ‘pasalubong’ shops

If taking home to Manila its famous fresh durian fruit is quite a challenge, the creamy durian delicacies of Apo ni Lola are also good enough to buy.

The 22-year-old brand—founded by Arnel Raakin, grandson of the late Abondia del Puerto Raakin, or Lola Abon, who concocted the durian sweets in the 1950s— specializes in durian yema candy. Unlike the hard, cheap durian candies we often see being peddled near transport terminals, Apo ni Lola’s version is more fleshy, soft and tasty. You can actually relish the creamy combination of fresh milk and durian meat.

Aside from candies, other popular durian-flavored sweets come in the form of bars, tarts, pies, cakes, ice cream and even coffee—served either hot or cold, frappe or smoothie.

But, if durian is not your thing, Apo ni Lola also offers other treats using Davao local fruits, such as Yema Mangosteen Bar and Yema Langka Bar, among others.

As pasalubong, all delicacies come in colorful packaging with ribbons. What’s nice about visiting the Apo ni Lola store in Matina, Davao City, all walk-in guests get free samples of the products.

Lachi’s is the home of the much raved-about Durian Sans Rival—layers of crisp meringue wafers cloaked in rich durian buttercream (made with real durian and not artificial flavoring), with a liberal sprinkling of cashew bits inside and out.

The durian sans rival has always been a favorite pasalubong from Davao for many years now, and Lachi’s takes pride in knowing that its flagship product has gone to many places, especially overseas.

But it’s not just the sans rival for which people flock to Lachi’s. Its owners, twin brothers Melvin and Michael Aviles, have expanded and created more delightful desserts for its patrons, including Dulce de Leche Cheesecake, Premium Dark Chocolate Cake, Crème Brulee Cake and Roasted Walnut Choco Supreme, among others.

The place gets full with locals and tourists both lunch and dinner.

For cheese lovers curious to know how it’s made, prepared and presented, meet Davao’s artisan cheese maker Olive Puentespina at the Malagos Farmhouse. She warmly welcomes you to her tasting room, Leon’s Lounge, where you can sample a variety of local cheeses that have been lauded internationally and are sought after by Manila’s top hotels and restaurants.

For private tasting sessions, she enthusiastically introduces guests to the origin of cheese and cheese-making, and how to create different types of cheeses from curds and whey.

During her talk, she brings out her own versions of kesong puti, feta, chèvre, blue pepato and ricotta, among others, all made from the farm’s own goat’s milk.

She cuts several pieces from small round wheels and rectangular blocks of cheese and lets her guests savor them with nuts, salads, bread and wine to compete the experience.

On the way out of the room, grab a pack or two of cheeses on the chiller to bring home to your loved ones.