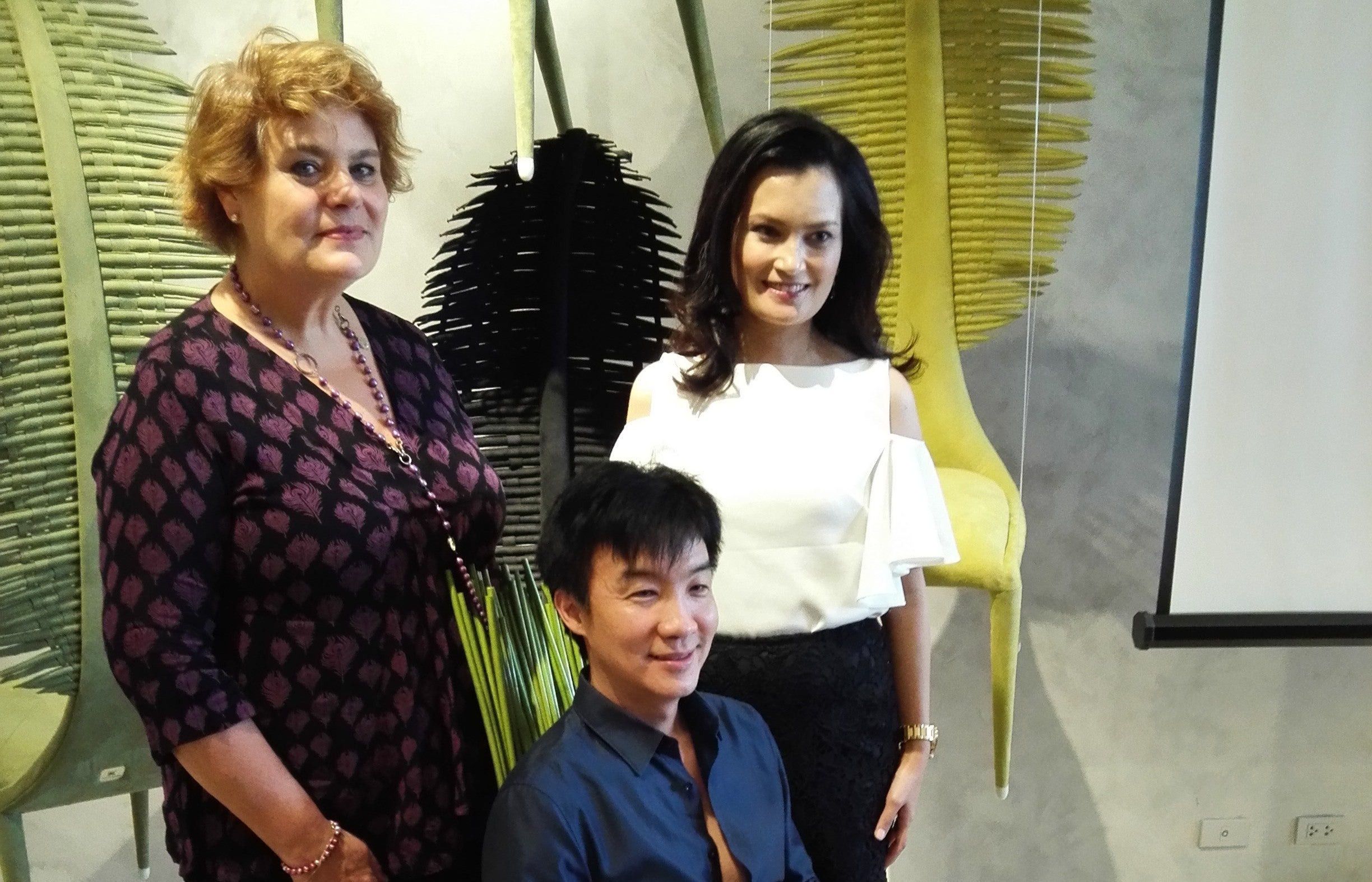 The Yoda chairs that keep on giving

WITH the recently concluded Apec still fresh on people’s minds, an online auction of some very visible memorabilia is sure to get even more people talking.

The items up for bid on Dec. 16 are six of the Yoda chairs by industrial designer Kenneth Cobonpue used at the welcome dinner reception held at the Mall of Asia Arena. The beneficiary will be the Unicef 1,000 Days Campaign that aims to provide sufficient prenatal and after-birth nutrition for babies from time of conception.

Unicef Special Advocate for Children Daphne Oseña-Paez told reporters that this is not the first time she has worked with Cobonpue on a fund-raising activity for Unicef. In 2011, he donated a Harry chair, and the next year, it was a Chiquita stool.

The first one looks like a hairy rocking stool, while the second has a seat made of thin rattan-like rods. “In 2013, Kenneth donated a sculpture with wings for the Unicef auction,” she said.

Daphne said she approached other artists like Elmer Borlongan, Michael Cacnio and Daniel dela Cruz, who also donated paintings and sculptures for the fund-raising auction. All in all, they were able to raise P4.3 million for children’s programs.

“Kenneth called me during the Apec [Asia-Pacific Economic Cooperation], asking if I wanted Obama’s Yoda chair for the auction. Of course I said yes, but I told him we needed more than one. He agreed, and we decided on the six leaders. Now we’re hoping people will bid to get a chance to own one of the chairs,” Daphne said.

Although around 40 chairs were brought to the MOA Arena, Kenneth had 60 made.

“I was afraid we wouldn’t be able to sell all of them at the end of the event, but we did. There was even one company that wanted to buy all 40 for their boardroom,” he said.

Kenneth shared that Obama liked the chair and even jokingly asked, “Is this a massage chair?”

Interested parties can bid at the live auction or through SMS after a pre-registration process outlined on www.unicef.ph. Winning bids will receive the Yoda chairs specially marked with a metal plaque bearing the name of the state leader, and a certificate of authenticity from Kenneth Cobonpue.