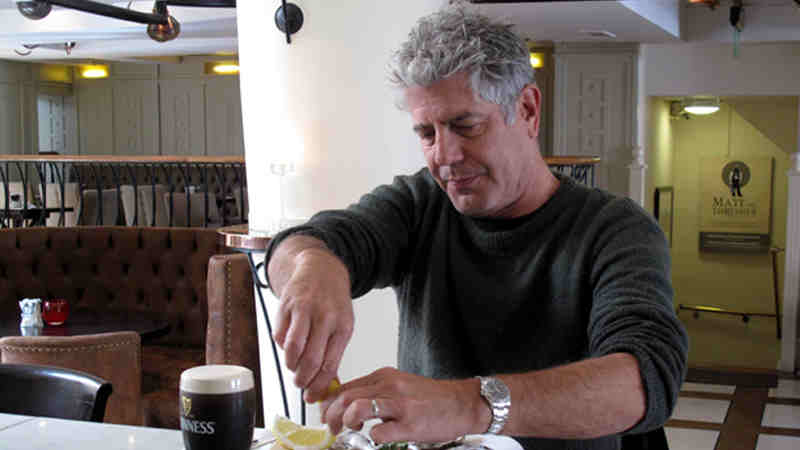 Almost three months after he announced to return to the Philippines, best-selling author and chef Anthony Bourdain was spotted in Manila on December 10.

In a photo shared by David Hanson, Bourdain was at a Korean restaurant in Malate, Manila.

In a report by spot.ph, Hanson said Bourdain was about to leave when they chanced upon the author-chef.

A netizen also shared a photo of Bourdain eating in a fastfood chain at Bluebay Macapagal Avenue in Pasay City.

In September, Bourdain said he would return to the Philippines for his CNN show, “Parts Unknown.”

Bourdain was in the Philippines in 2008 when he did an episode for his travel and food show on travel channel titled “No Reservations.” TVJ