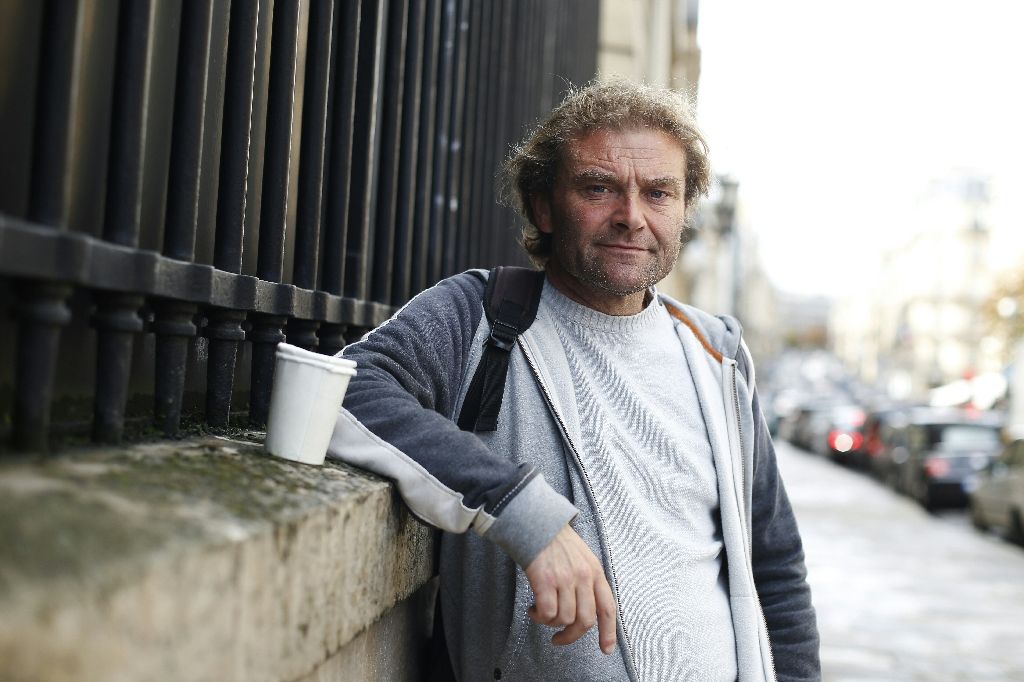 PARIS—A homeless man who begs on one of Paris’ swishest avenues has become an unlikely celebrity after writing a best-selling book about his life on the streets.

The creme de la creme of Parisian society pass daily in front of Jean-Marie Roughol’s pitch outside a Chanel boutique on Avenue Montaigne.

The actor Jean-Paul Belmondo once gave him 10 euros ($11 or P520), and France’s most famous chat show host, Michel Drucker, always tossed him a coin.

But now the beggar is appearing on television himself—including on Drucker’s show—after selling 40,000 copies of his memoir, “My Life As A Panhandler.”

Despite the success of the book, which the 47-year-old wrote on park benches and in cheap hotels, where he sleeps, Roughol is still on the streets and back working his pavement this week in a Santa Claus hat.

“In 10 months I will start getting my royalties, although I would prefer to have them now,” he told Agence France-Presse.

But from the small advance he has been given, Roughol has bought a smartphone to keep up with his growing band of followers on Facebook, where his profile picture shows him with a rat on his shoulder.

“People write to me from everywhere and I am stopped every day by people who have read my book,” he said.

And his newfound celebrity has helped him put bread on the table from the most surprising of sources.

“Last week I was taken to a restaurant by a man from Tennessee who bought 15 copies of my book and another person came from Switzerland with chocolate for me.”

Roughol wrote the book with the help of former French Interior Minister Jean-Louis Debre, after offering to look after his bicycle for him while he did some shopping on the nearby Champs-Élysées.

In the book he tells how their friendship was cemented when a couple who saw them chatting, said, “Look, it’s Debre with a hobo.”

Roughol began writing down the story of his life two years ago in school exercise books.

Abandoned by his mother when he was a small child and brought up by his alcoholic father, he ended up on the streets after he lost his job as a waiter in his early 20s.

He admits to “not spending much time at school” so Debre —now head of France’s highest constitutional court—agreed to correct and reshape his drafts.

Roughol said he hoped the book might help change the way homeless people are viewed. “People who have read it say they look differently at us now.”

Certainly it seems to have had a positive effect on the life of the other beggars in his neighborhood. “They tell me ‘lots of people are coming to see us because of you,’” he said.

Also, thanks to the book, he has been reunited with one of his long-lost brothers.

“He saw me on the TV and didn’t know I was homeless. When you are on the streets, you are ashamed and you turn in on yourself. Now I have nieces and nephews who want to meet me— imagine!—when I have always been alone.”

Roughol is also now getting help to get the social security payments he is entitled to.

“When you are on the street getting all that sorted out would mean you would lose days of begging,” he said.

The book’s success has also given him hope that he might realize his life’s dream of opening a creperie or a pancake house.

“When I have my own apartment I will buy a computer so I can continue writing books,” he said.

But it is finally being recognized as a worthwhile human being which warms his heart most.

“People ask me to sign my book. They give me money and clothes, too,” he said showing off the brand-new sneakers he was presented by one of his well-heeled “neighbors.”

It was not always thus. While Roughol sings the praises of the French actor Gad Elmaleh and producer Robert Hossein, who both hired him as an extra, he said the screen legend Alain Delon was horrible to him, and is equally scathing about another actor, Gerard Jugnot, star of the hit feel-good movie “The Chorus.”

“He plays poor people in his films but he doesn’t like them” in real life, he wrote.

But his most damning verdict was on Jean-Luc Melenchon, France’s firebrand left-wing leader, who has walked past him many times without as much as a nod.

“He is not a nice man,” said Roughol.