Master Chef: JP Anglo dishes his path to success and inspires others to pursue their passions | Lifestyle.INQ ❮ ❯ 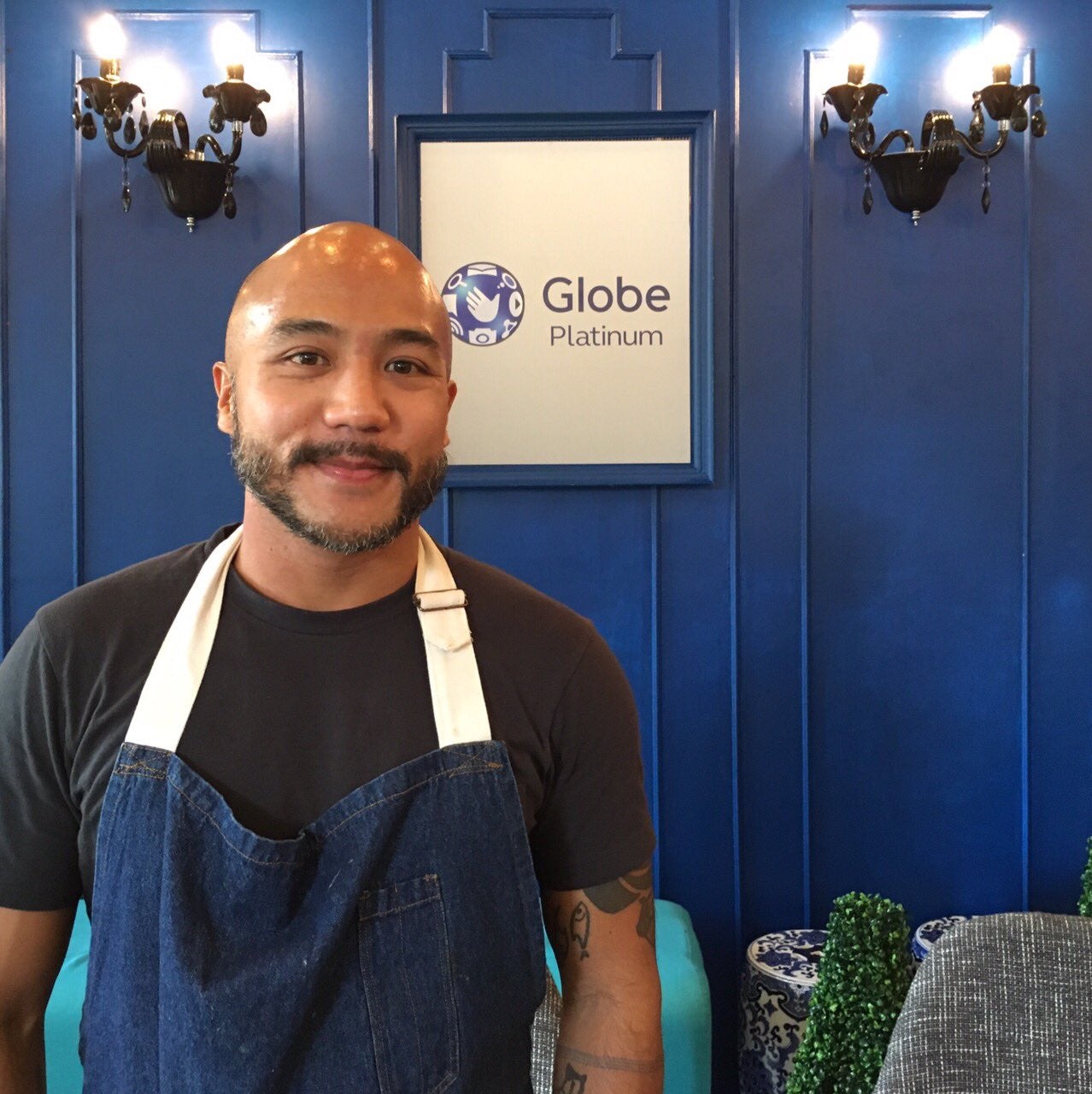 Master Chef: JP Anglo dishes his path to success and inspires others to pursue their passions

Contrary to what most people may think, Chef JP Anglo’s success wasn’t just handed over to him. Sure, his family had a restaurant in his hometown of Bacolod, and it seemed logical that he would carry on the business, but as the kitchen boss actually pointed out, “That family endeavor failed, but it was also what inspired me to go to culinary school and pursue my goal to set up my own restaurant.”

The Ties that Bind

And go at it he did, but not before going through some rough times. “I didn’t get into food immediately. I tried different things at first, though none of them seem to really stick. After our Chinese restaurant closed down, I finally realized it was what I should be doing all along. Cooking has always been a passion, and my family was a major inspiration,” JP explains.

After honing his skills through formal education, he wanted to challenge himself further, away from his comfort zone, and so he went to Australia to study and work. It was an very challenging and intensive five years—his classmates in Le Cordon Bleu were incredibly competitive, and he would still put in several hours of work outside, choosing the most laborious roles in the kitchen—but he definitely wanted to start as a soldier in the kitchen again, so he could fully learn and master all the skills he needed. Eventually, he came back to Bacolod and put up Chinese restaurant called Mai Pao & Mu Shu. He had a difficult time finding business partners because no one believed what he was capable of, but it was family who came through for him – his sister and brother-in-law to be exact, who supported his plans and gave him the start he needed. “You can say I wanted to prove I could make a success out of that second chance. It was very close to my heart, since it was, of course, closely tied with my family.”

Chef JP’s challenging journey wasn’t over. His passion for food fuelled his desire to strike out in what was the toughest place he could have chosen: Manila. “Well, I can’t really blame those who rejected me in the beginning. I’m sure they were all wondering who this upstart chef was, popping out of nowhere.”

Being digitally-connected was definitely a boon for the chef struggling to find his place in the big bad city. “I was away from everything familiar, so yes, staying connected with people I love was a comfort. Access to various sources of information and inspirations, on the other hand, kept me going. I had a dream to fulfill, didn’t I? And seeing what others are doing and have achieved gave me that push to not let up.”

He conceived Sarsa, and applied for a space at The Forum in Fort Bonifacio. He initially got turned down, but JP persevered, and on the second try, he got in. The rest, as they say, is history. Kafé Batwan and Liberation Shawarma followed, cementing his credibility as a bankable chef. His stint as MasterChef Pinoy Edition judge gave a boost to his visibility in the industry, and many culinary experts—from his co-judge in MasterChef Fernando Aracama to his fellow young chefs and foodies like Chef Bruce Ricketts, Erwan Heussaff, and Chef Miko Aspiras—consider him as an esteemed colleague. Though it was a slow and hard road he had to navigate to get to where he is now, JP has nothing but appreciation for the obstacles thrown in his way. “Those things made me stronger and more focused on my goal, not to mention, taught me a lot about patience, and the value of working harder and better.”

Now considered part of the new generation “rock star chefs” who work to bring out a strong local identity in Filipino food by creating edgy and exciting incarnations of favorites, Chef JP is not one to be satisfied, and instead continues to seek inspirations by indulging his other passions which are traveling and surfing. All while running a portfolio of restaurants and managing a hundred employees.

“I make it a point to never stop learning about food, and traveling is an awesome way to do that. Naturally, I have to stay connected with my team in Manila because the business needs to run even if I’m out of the country,” he says. “I’ve found Globe Platinum to be a key partner in enabling me to do that. I’m in the food service industry so I demand the same level of quality service that I provide.”

Chef JP knows the hard work and meticulousness involved in customer service, so he appreciates that his Platinum Relationship Manager remembers even the little details about him, from the fact that he loves to surf around the Philippines, to his sister Tracie’s birthday, and takes extra steps to address Chef JP’s needs before he even asks. “You can’t imagine how helpful that is,” says Chef JP. “I don’t have to think or worry about anything because my Platinum Relationship Manager has got my back in everything.” He especially enjoys the little surprises he gets, like dinners with visiting Michelin-star chefs and tickets to a Star Wars block screening, all chosen for him and his interests, passions, and things he values the most.

Globe Platinum is excited to have Chef JP join the family as one of its newest faces to represent the brand. Marketing Brand Director Kaisie Del Carmen says, “It’s our commitment to ensure that Chef JP, alongside our other customers, gets to live their modern lifestyles in today’s digital setting. Chef JP’s success goes beyond the kitchen and is evident in every part of his life, so we make sure he’s always inspired and connected to everything and everyone they love, so that he can continue achieving his success.”

It isn’t surprising that Chef JP has become both a role model and an inspiration for today’s young generation. He was one of the first people to forge a successful track in culinary and kick start a vibrant, exciting culture of Philippine contemporary cuisine. “It was not easy, believe me, but I’m happy for all the obstacles that came my way,” he says. “Going through those helped me become the best version of myself.”

Living in such fast-paced, exciting times where inspiration can strike anytime, anywhere, push us to create, innovate, and succeed. In true fashion that speaks of its signature premium customer service and best-in-class offers, Globe Platinum is taking on the role of enabling customers to constantly connect with what inspires them, and share this with peers and communities, initiating a culture of inspiration that leads to the path of success.

Globe Platinum’s new and most powerful Lifestyle Plans are especially crafted to fit today’s digital, dynamic and always-connected lifestyles, with access to the newest devices, unlimited all network calls and texts (a first in the market), rich mobile data allocation, built-in roaming services that can automatically subscribe customers to unlimited data roaming services or the option to enjoy a consumable roaming allocation whenever they travel, and entertainment and content on demand with complimentary access to the best applications.

Aside from the signature and personalized service from the Platinum Relationship Managers, the Platinum experience is further enriched with customers having dedicated hotline services, plus priority in Globe stores, as well as great rewards and worldwide perks and privileges—24/7 access to an international concierge, access to airport lounges around the world, exclusive hotel discounts, and even a personal shopper abroad.

To discover the inspiring world of Globe Platinum, visit www.globe.com.ph/platinum.