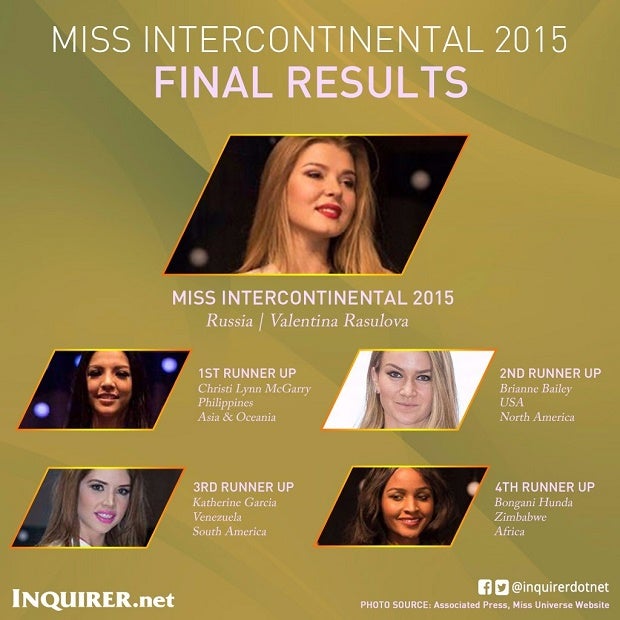 On her second attempt at the Miss Intercontinental crown, Philippine bet Christi Lynn McGarry did better than her Top 10 finish in 2010 and placed second in this year’s edition staged in Magdeburg, Germany, Friday night (Saturday morning in Manila).

The 25-year-old McGarry, who earlier received the title Miss Intercontinental-Asia and Oceania, rescinded the crown to Europe’s continental winner Valentina Rasulova of Russia, who bested 70 other
delegates in the pageant’s 44th edition.

In 2010, McGarry bagged the Mutya ng Pilipinas-Asia Pacific International title, however, she was appointed by the national pageant organization to represent the Philippines in the 2010 Miss Intercontinental pageant in the Dominican Republic because the original delegate, Mutya ng Pilipinas-Intercontinental Carla Jenina
Lizardo, “could not make it.”

Aside from landing a Top 10 spot in the global tilt, McGarry also received the Miss Asia and Oceania title in the same year.

This year, McGarry was sent by the Binibining Pilipinas Charities Inc., which acquired the international contest’s franchise for the Philippines in 2014. 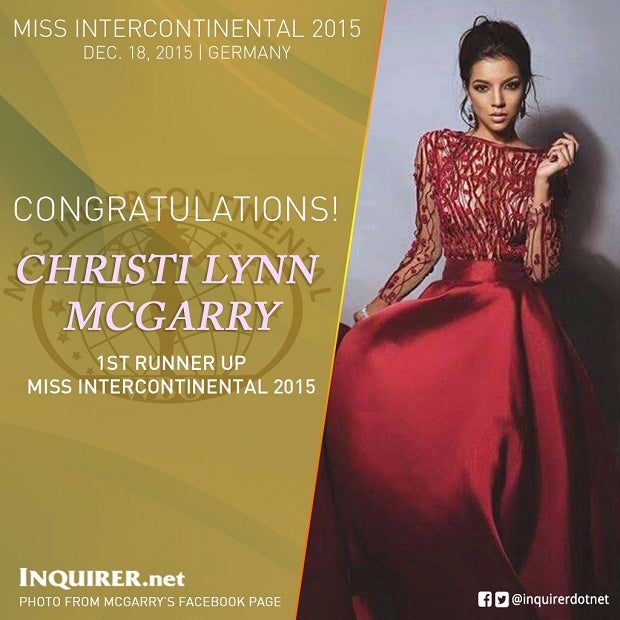