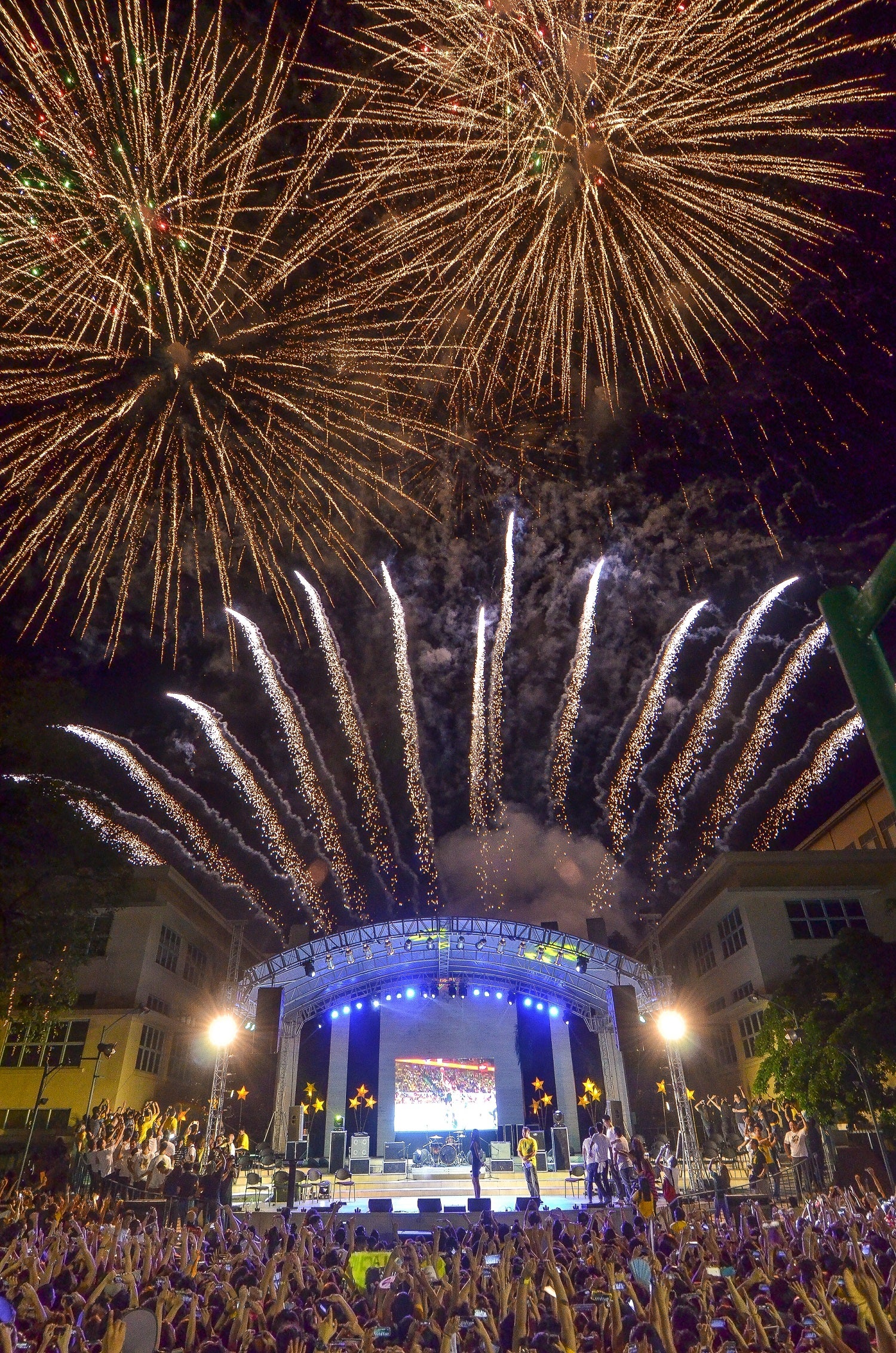 INSTEAD of the traditional bonfire, FEU went all out with an impressive fireworks display to commemorate the UAAP championship.

A victory party for ‘ChamFEUns’

FAR EASTERN University (FEU) and University of Santo Tomas (UST) may have slugged it out recently in the best-of-three men’s basketball championship of the University Athletic Association of the Philippines (UAAP) Season 78, but their finals history goes back many years—way, way back.

The last time they faced each other in a UAAP final was in 1979. None of the current players were even born yet. Martial Law was still in full effect in the country. Justin Bieber had nothing on Rod Stewart.

And like a lilt in a poem, history makes sports stories sing. This time, it was the Tamaraws who hit the high note.

A victory party inside FEU-Manila’s campus took place last Dec. 9 to celebrate the team’s championship run. It was a perfect way to give back to all the players who went all out to bring home the ultimate prize.

The FEU main campus was once again a sea of gold as the Tamaraws’ lair welcomed some 20,000 students, alumni and visitors. The event included a motorcade of the FEU men’s basketball team, a sponsor’s booth for giveaways within the campus, a meet-and-greet with the athletes for season ticket holders, and a thanksgiving mass.
Victorious moment

After many years, the town was again painted green and gold. After years of disappointment, the time had come for Tamaraws to savor a victorious moment. The glory days were back at the Tamaraws’ den.

As a fan of college basketball, I have witnessed how these players experienced the pain of continuous heartbreak for 10 long years—and the maturity that resulted from it. The passion that repeatedly led to heartbreak was the same passion that made them this season’s champions.
Thank you, FEU men’s basketball team, for being a constant source of pride and for fighting until the very end with every ounce of passion and might.
We were all hungry for that elusive championship, and you knew that you had given your all despite the odds and doubts, until the very last drops of sweat and tears, until you heard the final buzzer declaring our victory. When all had been said and done, what more could the green-and-gold community ask for?

Know that today and always, we are one in charging with you, both in victory and in defeat. You have shown so much heart since Day 1—how can we not do the same?
Again, thank you for a good fight. Thank you for making us realize how honored and privileged we are to be Tamaraws. You have given us another reason to be proud of our “chamFEUn horns.”
I will wear that championship shirt as I walk along the university belt, because I just can’t hide my Tamaraw pride.