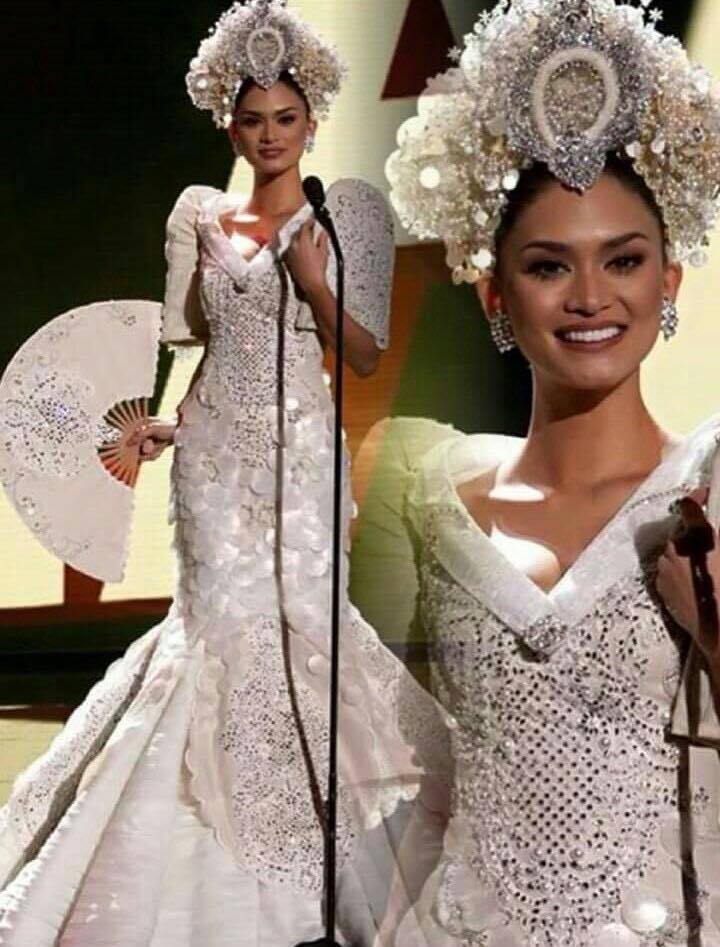 AFTER waiting for more than 42 years and witnessing several near wins from 2010 to 2014, Filipino beauty-contest fans, many of whom weren’t even born yet when Margarita Moran won for the country its  second Miss Universe crown in Greece in 1973, are dying to see one of their own crowned as winner.

Will it finally be Pia Alonzo Wurtzbach, the 26-year-old German-Filipino beauty queen from Cagayan de Oro, who’s now in Las Vegas vying with 80 other young women for the coveted Miss Universe crown? We will know by tomorrow morning (Sunday evening in the United States), when the 64-year-old beauty contest stages its coronation night.

In their frustration, not a few beauty contest-crazy Filipinos aren’t above accusing anyone they deem a hindrance to their dreams’ fulfillment, including Colombian-born Stella Marquez-Araneta, chair of Binibining Pilipinas Charities Inc. (BPCI).

A former beauty queen herself, Araneta, through BPCI, oversees the annual search for the country’s representatives to some of the biggest global beauty contests like Miss Universe, Miss International and Miss Supranational.

Araneta again found herself in hot water when Wurtzbach had to wear a hastily borrowed gown from Los Angeles-based Filipino fashion designer Oliver Tolentino during Miss Universe’s preliminary show Wednesday night (Thursday morning in Manila). Not a few were wondering why the Philippine bet had no proper gown considering that BPCI had ample time to prepare.

It was a good thing that Tolentino’s red crepe de chine mermaid dress with Swarovski-beaded bodice and thigh-high slit flattered Wurtzbach, who received positive reviews for her gown and swimsuit performances from “beau-con” (pronounced “byu-con,” short for beauty contest) gurus. She made it to almost everyone’s list of possible Top 15 finalists, including rivals from so-called Miss Universe powerhouse countries like Venezuela, Colombia and USA.

If one is to advance to the finals, it’s important to impress judges during preliminaries. Those whose names would be revealed as the Top 15 on coronation night would again compete under the exacting standards of a different, more popular set of judges.

Araneta is no longer new to controversy. She was roundly criticized by Pinoy beau-con junkies earlier this year for her decision to make Mary Jean Lastimosa wear a tight-fitting white serpentina gown by Colombian designer Alfredo Barraza during the Miss Universe contest early this year. They blamed the gown and Araneta for Lastimosa’s failure to break into the Top 5.

It turned out that Araneta had nothing to do with the borrowed-gown fiasco involving Wurtzbach. The former ABS-CBN contract star did have a gown especially made for her by Albert Andrada, but the Filipino designer and his creation didn’t arrive on time. The show was reportedly already winding down when he burst into Planet Hollywood, venue of the preliminaries, straight from the airport.

Just the night before, an insider told us that Araneta and Jonas Gaffud, Wurtzbach’s manager, were still debating on what gown the Philippine bet should wear.

Araneta reportedly insisted that Wurtzbach wear an off-the-rack black-and-white gown from Cumbia as an alternative, while Gaffud wanted her to wear Tolentino’s red gown. (Cumbia is the new name of Binibining Pilipinas Boutique, which provides gowns and dresses to Binibining Pilipinas contestants. The new name of the shop appears to be a portmanteau of “Cubao,” where the boutique is located right at the commercial district of Araneta Center, and “Colombia.” Cumbia is a brand consisting of dresses mostly from Colombia.)

Wurtzbach was reportedly asked to fit both gowns. Araneta still wanted her to wear Cumbia, while Gaffud held his ground and insisted that Tolentino’s gown was better. At one point, their creative differences became so heated that Gaffud was reduced to tears.

In the end, Araneta relented after reportedly remembering the hate mail she got from pageant fans soon after the controversy involving Lastimosa.

Such creative differences were to be expected from two seasoned beauty queen makers and highly opinionated individuals. To her credit, Wurtzbach betrayed none of the drama she witnessed less than 24 hours earlier, as she smiled and glided effortlessly on stage before a cheering crowd.

Will she or won’t she change gowns on coronation night? Whatever she ends up wearing, you have the power to help her achieve her dreams.

For the first time ever, organizers (American businessman and Republican frontrunner Donald Trump sold Miss Universe earlier this year to IMG, a New York-based company) are giving global audiences a direct say. You can cast your votes for your favorite delegates during the live telecast. The worldwide scores will help determine which girl will be crowned the next Miss Universe.

Tune in to the pageant’s live telecast. Since voting is real time, fans can only vote from 7 to 10 p.m. Eastern Time on Sunday, Dec. 20. Visit MissUniverse.com for details.

Like in years past, this year’s competition is stiff. But with a little push from you, Wurtzbach could yet end the drought of all droughts by finally bagging for the Philippines its third Miss Universe crown.