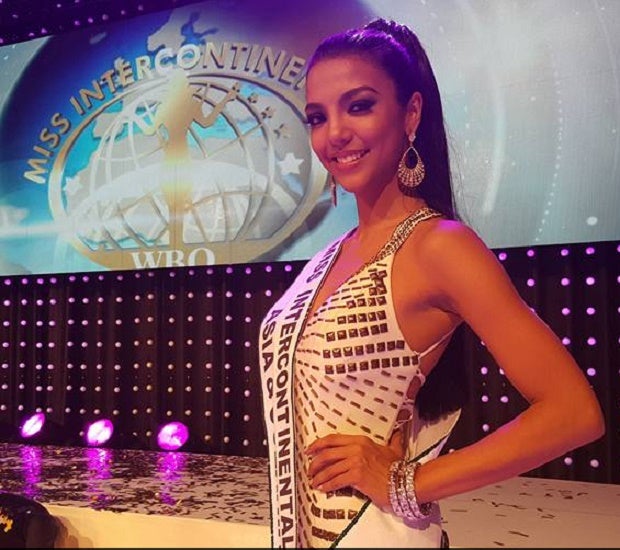 FOR 2015 Binibining Pilipinas-Intercontinental Christi Lynn McGarry, a second chance to join the international tilt paid off.

The crown went to Russia’s Valentina Rasulova, Miss Intercontinental-Europe, who bested 70 other aspirants in the pageant’s 44th edition.

Five years ago, McGarry, then Mutya ng Pilipinas-Asia Pacific, represented the Philippines in the Miss Intercontinental pageant in the Dominican Republic. She landed in the Top 10 and received the Miss Asia and Oceania title but did not place in the Top 5.

This year, McGarry was sent by Binibining Pilipinas Charities Inc. (BPCI), which acquired the international contest’s franchise for the Philippines in 2014.

In a statement, BPCI said it was “very proud” of McGarry’s winning 2015 Miss Intercontinental first runner-up. “Christi has demonstrated Filipina grace and intelligence in an international stage and we would like to thank everyone who helped Christi win,” it added.

Prior to her participation in the Miss Intercontinental tilt, McGarry represented the Philippines in the 2010 Top Model of the World contest, also in Germany, where she finished in the Top 10.

She was also the first winner of the Miss Teen Philippines-USA contest, and was first runner-up in the 2008 Miss Teen New Jersey USA pageant.

McGarry has roots in Nabua, Camarines Sur, but grew up in the United States where she became a varsity volleyball and basketball player. Her father, Christopher McGarry, was a former cager who played in the Philippine Basketball Association and the University Athletics Association of the Philippines.