Why Bulacan is the culture capital of the Philippines | Inquirer Lifestyle 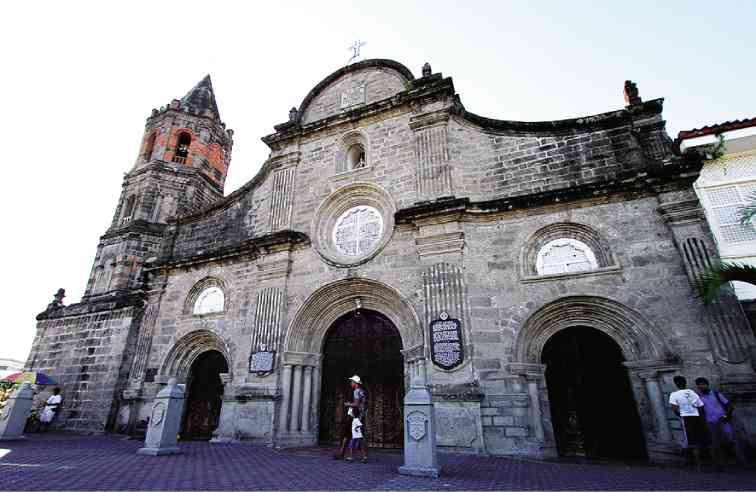 BARASOAIN Church, birthplace of the first constitutional democracy in Asia PHOTOS BY RICHARD A. REYES

Why Bulacan is the culture capital of the Philippines

MENTION Bulacan and one gets the impression the whole province is dotted with candy factories and the Bulaqueños have made a pastime of eating dessert. But there’s so much more to the place than Bulacan sweets.

Bulacan is, in fact, one of the country’s provinces with the richest culture and history.

Almost every one of Bulacan’s three cities (capital Malolos, Meycauayan, San José del Monte) and 21 municipalities is known for someone or something. Notable personalities, distinctive products, high-value crops, native delicacies, fiestas, arts and crafts, built heritage—they have it all.

Its Prusisyon ng mga Santo during the Holy Week, 96 lavishly decorated floats depicting the Passion, is considered the longest religious procession in the country.

Its old municipio, formerly the Joaquin Gonzalez House, was the first municipal hall in the country, established in 1899 at the start of the American regime. It was declared an Important Cultural Property by National Museum last August.

After two decades of being a vacant building, it has been restored and turned into the Baliwag Library and Museum. Exhibited in its many rooms are photographs, busts and memorabilia of the town’s prominent people, among them Mariano Ponce, Antonino Buenaventura, Roman Carreon, Bert “Tawa” Marcelo, Remedios Trinidad (mother of Rep. Imelda Marcos), Alfonso Ponce Enrile (father of Sen. Juan Ponce Enrile).

In one room is a vintage photo of Josefa Pepita Tiongson, known as Mutya ng Baliwag and said to be the inspiration of “Jocelynang Baliwag,” the kundiman of the Revolution. On a corner is a replica of her wedding dress meticulously crafted by National Artist Ramon Valera.

Bulakan, the province’s first capital, prides in the Vicente Enriquez House. This was built by Jacinto Icasiano for his daughter Josefa, who married the revolutionary colonel and adjutant of Gregorio del Pilar.

It is a big house with a stable, with a floor area of over 200 square meters. The lot was originally more than 7,000 square meters, says Icasiano’s great-grandson Jacinto Santiago Enriquez Jr.

His late mother Mila, the colonel’s daughter-in-law, had turned part of the ground floor into a laboratory-factory of her famous nipa-palm syrup and vinegar. The stable is now a storage place, the azotea a laundry area.

The ancestral house is dilapidated but still contains traces of its former grandeur. Some interior scenes of the film “Heneral Luna” was shot in its antechamber and salon.

Calumpit, known for its longganisa (sausage using fresh pork, Batangas peppercorn, Ilocos garlic, without preservatives), is the oldest town of Bulacan. Founded in 1575 by Augustinian missionaries, this used to be a separate province with Hagonoy and Apalit (now part of Pampanga) called provincia de Calonpite.

As early as 1572, the Augustinians built here the Church of St. John the Baptist, the oldest in the province. Lately the beautiful structure was embroiled in controversy when the parish priest painted the ancient stones’ pinkish tone into a vivid pink.

Malolos, known for Eurobake original ensaymada and inipit, gogorya, empanada de kaliskis and jamon Bulakenya, is one of the most historical sites in the country. It was founded by the Augustinians in 1580, eight years after Manila.

Its Casa Real, built in 1580, had housed various government offices during the Spanish period; became the National Printing Press churning out the revolutionary organs La Independencia and Kalayaan; became the seat of the military government and a hospital during the American administration; a high-school annex and the Chamber of Commerce office during the Japanese occupation.

Probably the most recognizable church façade in the country is that of the Church of Our Lady of Mount Carmel, or Barasoain Church, as its image was ubiquitous in the old P10 bill and now in the P200 bill. Built in 1859, it was proclaimed a National Shrine in 1973.

That earned the church the title Birthplace of the First Constitutional Democracy in Asia. Those events are memorialized in a sight-and-sound museum in its rectory.

Another historical church is Basilica Menor de la Nuestra Señora de la Inmaculada Concepción, or the Malolos Cathedral. In 1896, Gen. Emilio Aguinaldo made it his seat of power. Two years later, he turned its rectory into his presidential palace, where he held office until it was burned down by the Americans.

In front of the church is a century-old siar tree (yellow flame tree or golden flamboyant) known as the Kalayaan Tree, where the revolutionaries used to conduct political discussions. It is said to have been planted by Aguinaldo during a lull in the Malolos Convention. Under it is a cluster monument of five heroic figures of concrete painted to resemble bronze, led by Gregorio del Pilar, a meeting represented by military, legislator, priest and woman revolutionary.

Malolos’ built heritage is concentrated in the Kamestisuhan District. Dotted with about 15 ancestral houses, it is considered by some to be more significant than Vigan’s Calle Crisologo as most of the structures are historical.

The most well-preserved is the José Bautista House, a showroom of antiquity: chandeliers, fine furniture, paintings, ceiling murals, religious icons, heirlooms and memorabilia, including the original KKK flag.

Built in the Neoclassic style in 1855 and remodeled as French Art Nouveau in 1877, it must be the only house in the country with caryatids on its façade. Heir Dez Bautista, founder of the guild of production designers, says José Rizal had visited this house. It was at one time turned into a school by nuns.

Another well-preserved structure is the Adriano-Vasquez Mansion. It is styled in Art Nouveau and notable for its interior of gleaming dark hardwood, staircase of filigreed cast iron, stained-glass of green and white. Now the Meralco Building, it is a triumph of adaptive reuse.

The most historical is the site of the school established by the brave women of Malolos to whom Rizal wrote a letter of encouragement from London in 1889. Instituto de Mujeres opened in February 1889 and closed down three months later.

The structure is gone but a marker in tribute to the fighting spirit of those women has been installed by the gate of the new residence.

In Bustos is a modern-day “revolutionary” school, Bahay at Yaman ni San Martin de Porres, a 10-hectare complex built for street children in 2003 by Fr. Florentino Concepcion. The self-sufficient community has some 20 structures, most of them vividly painted and elaborately decorated, but the most distinctive are the five guesthouses constructed in the style of the Ivatan house.

Bustos is known to Metro Manilans for its dam, the longest rubber dam in Asia and second in the world.

A delicacy originating in this town is minasa, a rich cookie of cassava flour, egg yolk, butter and coconut cream that used to be prepared only for the rich but is now available to the masa as merienda fare and pasalubong. An eponymous festival is held in its honor.

Meycauayan (Tagalog for “where bamboos thrive”) is known not only for its bamboo products but especially its high-end cottage industries: jewelry, especially gold filigree; leather, from the oldest tannery in the country.

The Meycauayan Tree, a 160-year-old acacia at the patio of the Church of St. Francis of Assisi, has become a tourist attraction for its historical import. The young Manuel Quezon, serving as sexton in the church in 1890, used to play under this tree.

Marilao is known for its delicacies: suman pinipig (with shredded buko); pancit Marilao (with toppings of kamias and okoy); puto Popular (putong puti, putong pula and cochinta with “superior taste and texture,” traditionally prepared since 1947).

The town also attracts visitors with the National Shrine of the Divine Mercy.

Guiguinto is known for ornamental plants and garden landscaping. Halamanan festival highlights its people’s “ingenuity in the art of gardening, landscaping, seedling propagation, growing of plants.”

Bocaue, of course, is famous for its pyrotechnic and fireworks; the pagoda fluvial parade in veneration of Mahal na Krus sa Wawa; the St. Andrew Kim Taegon Shrine and, recently, the Philippine Arena.

Sta. Maria has the best chicharon (pork crackling), as testified by many. It is also known for its balut.

Hagonoy’s extravagant fiestas attract visitors from far and wide. It is known as the seafood capital of Bulacan.

Obando’s fertility rite, in which childless couples dance for the intercessions of the Virgen de Salambao, San Pascual de Baylon and Sta. Clara, has long entered the national consciousness.

Pulilan has gaily decorated carabaos genuflecting in front of the church to honor San Isidro Labrador.

Plaridel has horses with colorful tilburies parading the streets to honor St. James the Apostle.

Doña Remedios Trinidad, cooler in climate as it is nearest the Sierra Madre, has springs, waterfalls, rivers, forests, caves and limestone formations for ecotourism activities.

Norzagaray’s Angat and Ipo Dams at the foot of the mountain range are a major water and power supply for the National Capital Region (about 90 percent of the raw water requirements of Metro Manila).

The town’s high-tech dumpsite is being planned to be transformed into a tourist destination.

Everything converges in Bulacan.

Surrounded by the northern cities of Metro Manila, the provinces of Pampanga, Nueva Ecija, Aurora, Quezon and Rizal, with Manila Bay on the southwest, it has mountains, plains and sea—making it rich in both natural resources and intermingling cultures.

With nearly four million people, it is the country’s second most-populous province (after Cavite). Its proximity to Metro Manila (11 km) makes it highly urbanized.

All buses that go to Northern Luzon pass through the province, thus it is called the Gateway to the North.

The province was originally called Meycauayan. As early as 1578, it was identified as “provincia de Bulacan,” named after the pueblo the Augustinians conquered that year.

With the reorganization of Philippine provinces by the American administration, the province was officially created on March 10, 1917. Its capital was Bulakan (from bulak, Tagalog for “cotton,” as the cotton tree kapok was said to be thriving in the area when the Spaniards came).

The Laguna copperplate inscription, dated 900 AD and discovered at Lumbang River in 1991, tells a much longer story. Written in Kavi (related to the ancient Sanskrit script baybayin), the inscription mentions place names now identified as an Obando barangay, a Norzagaray sitio, and Pulilan.

That means there were settlements in Bulacan nearly seven centuries before the coming of the Spaniards. Historians consider the copperplate date the beginning of recorded Philippine history, at the early part of that centuries-long period of stagnation in Europe called the Dark Ages.