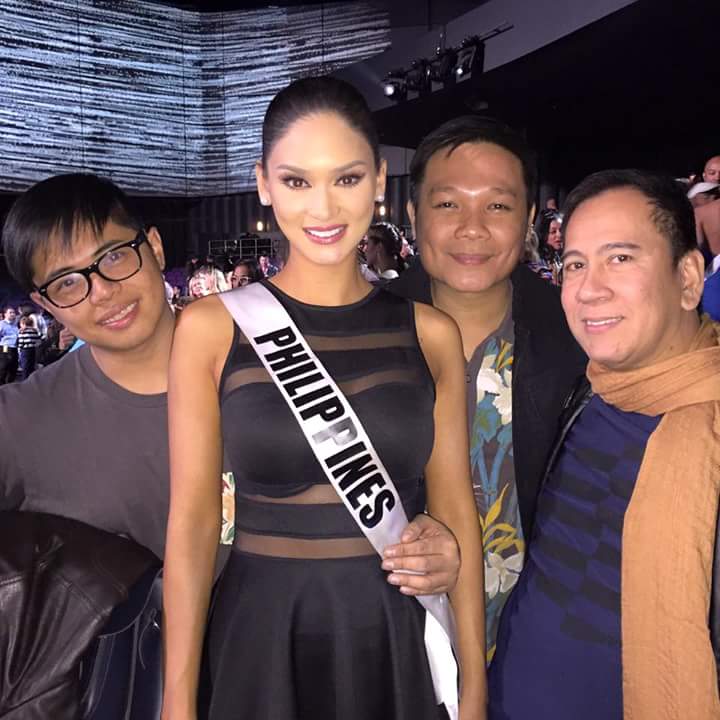 Pia Wurztbach’s fate to be decided by five people—four celebrity judges and you!

For the first time is Miss Universe’s 64-year history, there will only be five judges tomorrow who will decide the winner’s fate—four global celebrities and you!

Since your vote will constitute 20 percent in determining the beauty pageant’s Top 10, Top 5 and Top 3, Philippine bet Pia Wurztbach needs every vote she can get from fellow Filipinos the world over. Yes, you have a direct hand in determining this young woman’s fate and securing for the country its third Miss Universe crown.

Since voting will be realtime, an insider from Wurztbach’s camp encouraged all Filipinos to tune in to the pageant’s live telecast tomorrow, December 21, 8 a.m., Manila time (Sunday evening in Las Vegas). Cable network StarWorld is broadcasting Miss Universe 2015 live.

Tune in to StarWorld

Those who have no access to StarWorld can still catch the pageant in realtime via live streaming (visit MissUniverse.com). And since online voting begins at the start of every portion or segment, and ends as soon as the last girl exits the stage, voting during the pageant’s delayed telecast by a local network will be useless.

But before you can even begin to cast your vote, you have to register first by visiting MissUniverse.com. The pageant site carries detailed instructions on how you could make your vote count. Voters either have to “play as guests” or have a valid FaceBook account for them to vote. We also gathered from earlier reports that voting will be limited to one vote per device/registered voter.

IMG, new owners of Miss Universe, has changed the judging process. For decades, the fate of contestants was decided by a different set of judges consisting of at least 10 people during preliminaries and finals.

Although online voting is no longer new to Miss Universe fans, their opinions were limited to determining who wins Miss Photogenic, Best in National Costume and the last coveted spot in the Top 16. The winner’s fate used to be solely determined by judges and key people in the Miss Universe Organization.

Voting before every cut

The names of the Top 15 countries, which did well during the preliminaries last week, will be revealed tomorrow. From then on, these girls would again compete on equal footing in the swimsuit event to earn a spot in the Top 10. The process would again be repeated in the evening gown event, as the remaining ten girls try to elbow each other out for the Top 5.

The Top 5 contestants would each answer the same question. Based on their answers, judges, both in Planet Hollywood, venue of Miss Universe show, and online, would vote for their Top 3.

The last three girls standing would again be asked to answer the same final question. This time, said our source, their fate would be solely in the hands of the four celebrity judges.

One of Wurztbach’s strongest suits is Q and A, our source added. He’s confident that the German-Filipino beauty queen would ace the final question.

“But for her to make the final cut, she would need all our help by voting for her during the earlier part of the finals,” he said.

He also shared with us images of Albert Andrada’s gown for Wurztbach. In order to keep the competition guessing, we’ve decided to embargo their release until tomorrow.

“Each candidate is given only 49 seconds to answer,” said our source. “If you ask for the judge to repeat the question, as some delegates did in the past, this will be counted as part of your time.”

If you want to see Wurztbach glide on stage in one of Andrada’s finest creations, you would have to help her by voting for her all the way throughout the show’s live telecast.

With her sister, who flew in from London to watch her compete, Wurztbach is reportedly in high spirits. Her Filipino mother, who’s also based in the United Kingdom, couldn’t make it due to a prior commitment.

IMG is reportedly looking for a new Miss Universe that young, opinionated people can relate to. With her quick wit, articulate ways and knockout looks, Pia Wurztbach could very well be it.