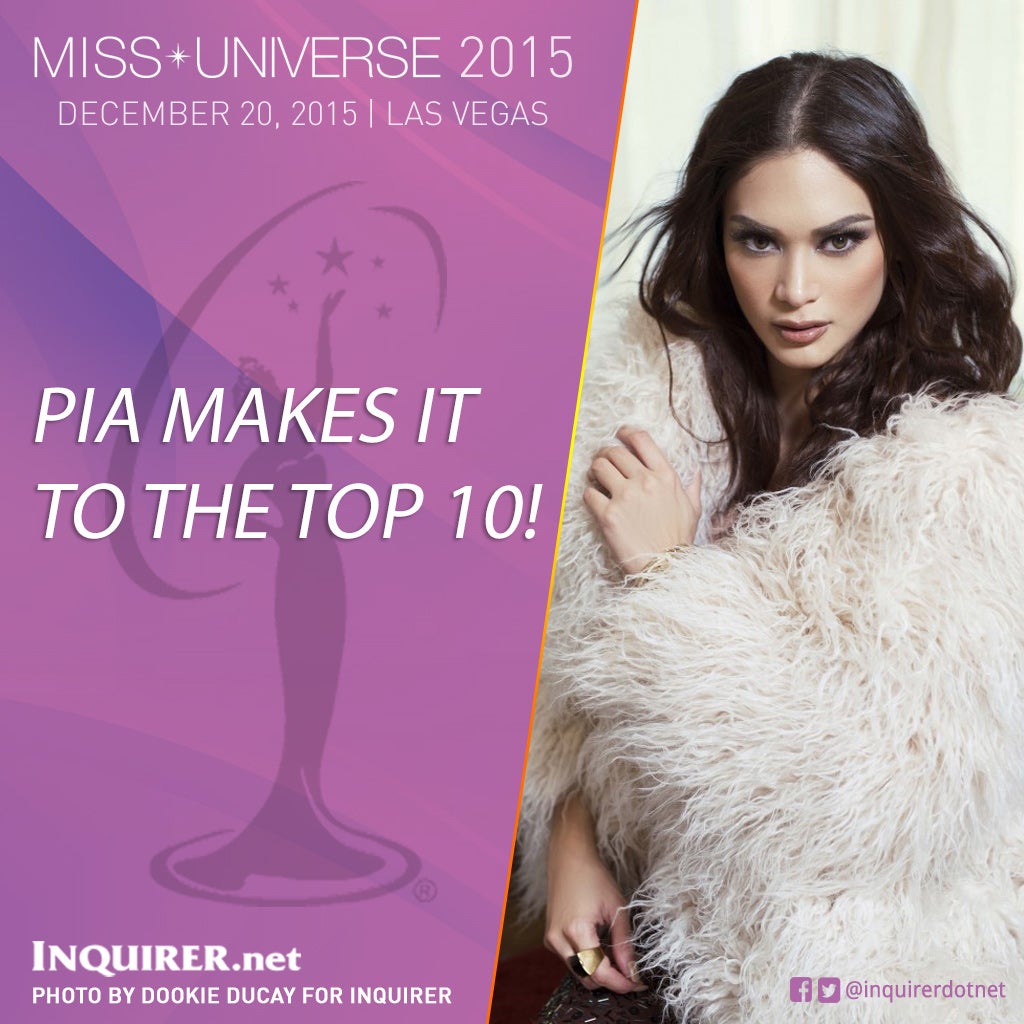 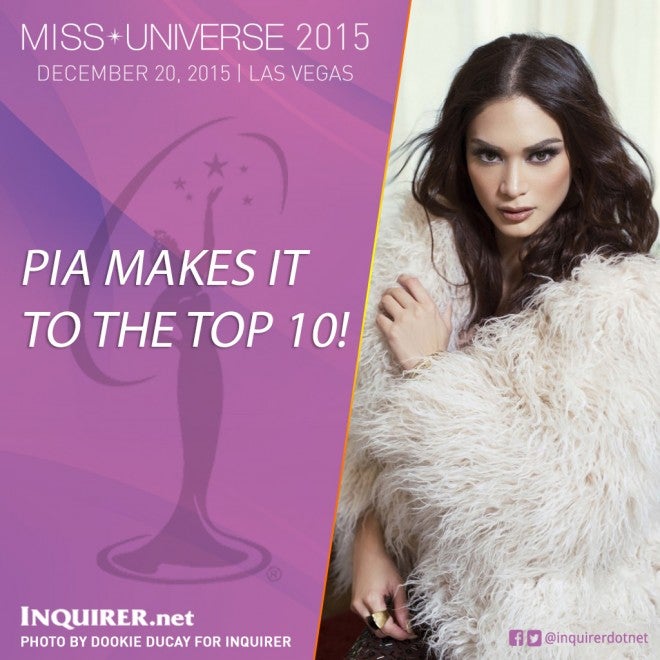 Pia Alonzo Wurtzbach, the Philippines’ bet, is moving closer to the coveted 2015 Miss Universe crown as she reached the top 10 of the competition.

Miss Universe Philippines was stunning as she strutted the stage on her black and white Yamamay swimsuit with American singer Charlie Puth performing “Marvin Gaye.”

Wurtzbach was the ninth candidate to be called.

The top 10 candidates are: 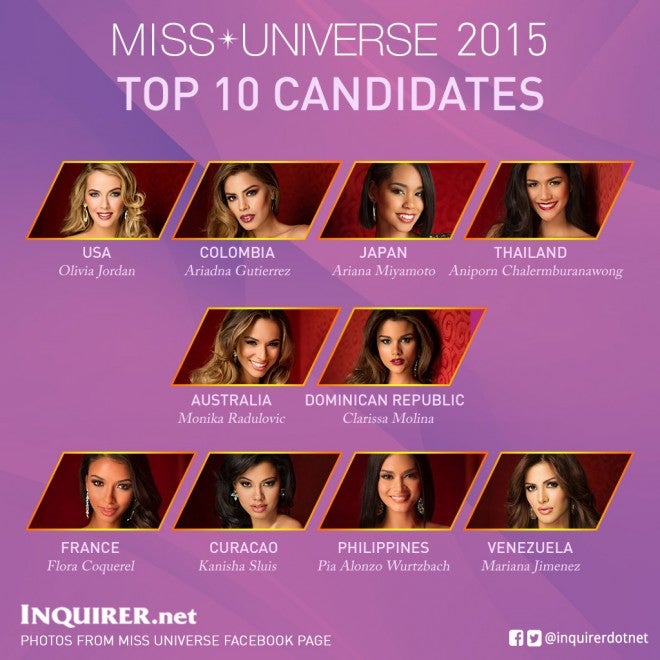 This year’s pageant rules have been drastically changed after IMG bought the Miss Universe franchise from American businessman Donald Trump.

Before the swimsuit competition, Miss Thailand Aniporn Chalermburanawong was adjudged by netizens for having the Best National Costume.

The names of the top 15 who shone in the preliminaries were earlier revealed, with Wurtzbach being the fifth candidate to be called.

From there, the girls competed in equal footing for a spot in the top 10 during the swimsuit competition. The same process will be repeated in picking the top 5 candidates during

This year’s edition will also feature a question-and-answer with the top three candidates answering the same question.