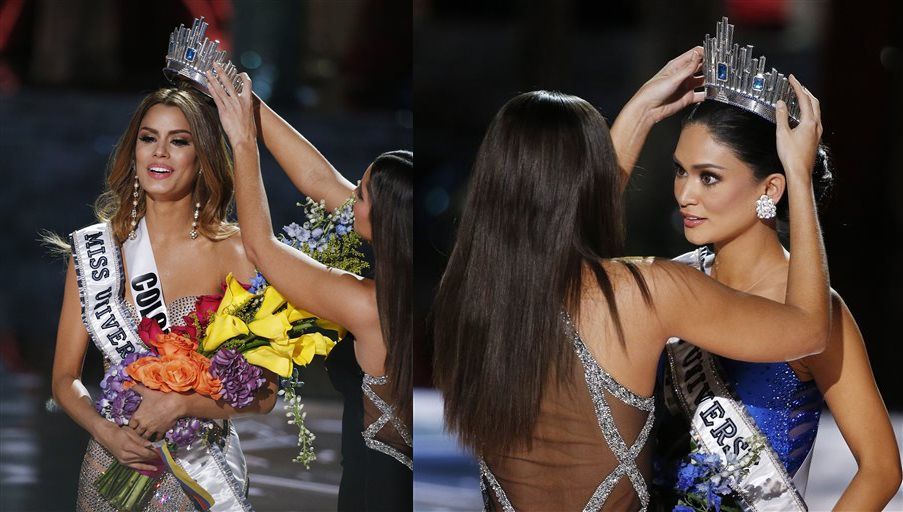 MISS Philippines and Miss Colombia should have been declared co-winners of the Miss Universe 2015, said US presidential aspirant and former Miss Universe boss Donald Trump on Monday.

“I think I’d make them a co-winner. That’d be very cool,” Trump said in a Twitter post, following the mix-up in the announcement of winners during the Miss Universe 2015 pageant.

Trump said that the mistake never would have happened under his watch.

He softened his tone later that morning in an interview on NBC’s Today Show, calling the pageant host Steve Harvey a “great guy” who handled it well.

Trump said if he were still in charge of the show, he would make the women share the title.

NBC Universal and Trump co-owned the Miss Universe Organization until earlier this year. The real-estate developer offended Hispanics in June when he made anti-immigrant remarks in announcing his Republican presidential run.

The remarks led Spanish-language network Univision to pull out of the broadcast for what would have been the first of five years airing the pageants, and NBC to cut business ties with Trump.

The former star of the “Celebrity Apprentice” reality show sued both companies, settling with NBC in September, which included buying the network’s stake in the pageants. With a report from the Associated Press