You can now have your shoes, Pia | Inquirer Lifestyle 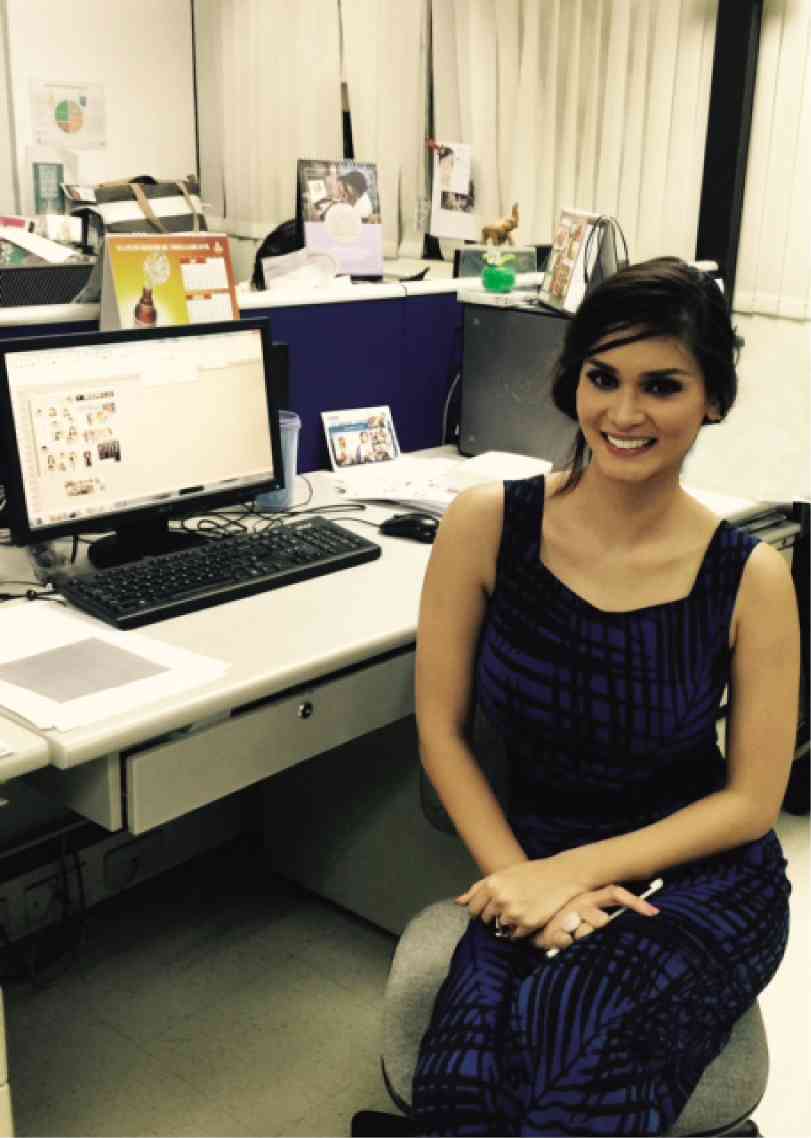 You can now have your shoes, Pia

NEWLY crowned Miss Universe 2015 Pia Wurtzbach’s victory feels very sweet and special to us because she has spent time as part-time model, writer, stylist and makeup artist in Inquirer Lifestyle.

The first time we worked with her was when Inquirer Lifestyle went to Smart Araneta Coliseum to do a pictorial of the 2013 Binibining Pilipinas winners; she was first runner-up.

We remember Pia was the first to arrive, way before the call time. While waiting for the other girls, we got to chat in the holding area. We hit it off right away because she was a good conversationalist and seemed eager to learn about new things. Her curiosity was infectious.

It was Pia’s openness to learn that gave us the idea that she could be more than a model. Since she was very approachable and young people looked up to her, we thought of asking her if she wanted to write about beauty and fashion.

She went on to have a beauty column in Lifestyle’s To Be You subsection, while still gamely modeling for shoots.

In a sense, the fashion pictorials and articles she did for Inquirer Lifestyle served her in good stead as she prepared for the Binibining Pilipinas and, eventually, the Miss Universe pageant.

Through those shoots, she got more exposed to trends and met a number of Filipino designers; she experimented on playing “dress up,” discovering how her look could vary, from high-fashion, to sweet, to sexy—to the point that styling her became a lot of fun.

While we enjoyed joking around during breaks, we’d also get into arguments on creative matters.

When Pia didn’t win the second time she joined Binibining Pilipinas, we called her right the next day to assign her to model some fashion stories.

Losing in Binibining Pilipinas hurt her, and there were moments when just thinking about it would drive her to tears. But she was always the professional when it was time to work.

The fashion shoots and stories we have done with Pia the past three years widened her work experience, gave her more confidence, and showed that she’s definitely more than a pretty face. She became a good communicator.

What we discovered was that she has developed a fixation with shoes, we even created a hashtag for it, #UsapangHeels for fun. In three years she had collected a sizable number of footwear, and we would joke back then that those shoes were meant to be worn, perhaps when she joined Miss Universe.

Her only worry was if she could bring all those pairs. But now that’s not a problem anymore. She can have all the shoes she wants. She deserves it, after all that hard work.

She’s now the queen of the Universe.