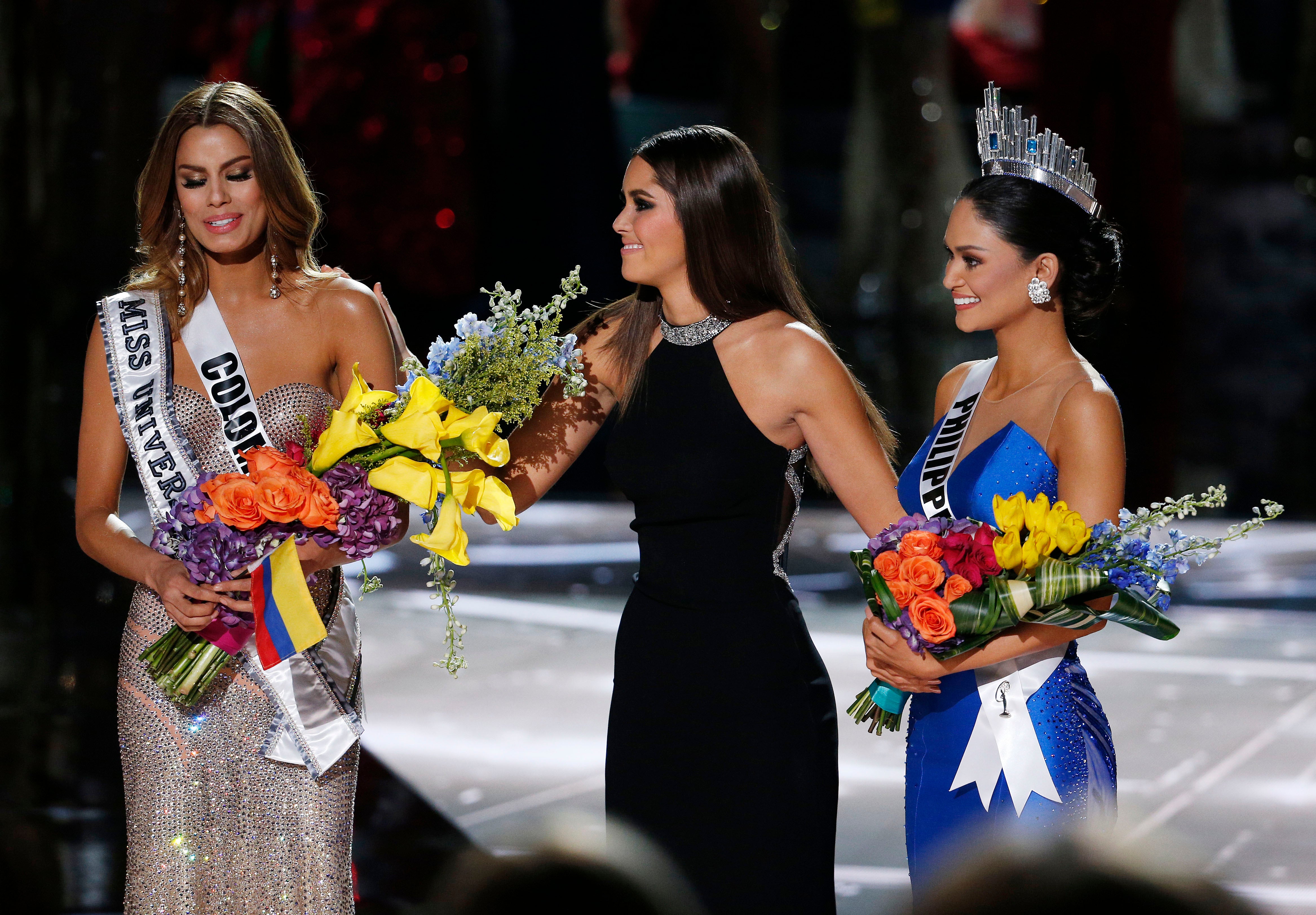 After storm, a calm Miss Colombia

ALTHOUGH Miss Colombia Ariadna Gutierrez Arevalo had yet to take down her photos wearing the Miss Universe crown, the Miss Universe first runner-up seemed to have come to terms with a major boo-boo that briefly gave her the coveted title.

“After the storm comes the calm,” Gutierrez posted on social media on Wednesday morning (Manila time), as she thanked her supporters and expressed satisfaction at being “able to bring happiness” to her country as Miss Universe even “for only a couple of minutes.”

One picture she posted on her Instagram page showed her forming a heart with her hands, while another showed her in a bikini.

The caption, in English and Spanish, said: “I want to thank each and everyone of you who have sent messages of support and strength. Every one of you has become an incredible human being in my book and I am the most fortunate and thankful for having the support not only from one country but from the whole entire world.”

The Latina beauty also acknowledged the Miss Universe debacle, saying that “your destiny is written for you.”

“And my destiny was this. I was able to bring happiness to my country after becoming Miss Universe for only a couple of minutes,” she added.

Gutierrez put a positive spin on the incident as well, saying that it had resulted in Colombia and the Latin community “being talked about in every corner of the world.”

Miss Colombia also extended her congratulations to Filipinos, whose feeling of happiness, she said, “must be incredible.”

She ended her post by saying that “life continues and in the future we will find out why things happen the way they happen. Thank you all for your love, support and kindness.”

The two photos that Gutierrez recently posted had so far received at least 133,000 likes and 12,000 comments. Those of her wearing the Miss Universe crown, however, had been criticized by many netizens.

But while Miss Colombia seemed to have moved on, some of her supporters remained fixated on getting back at her perceived adversaries. Several lawyers in Colombia had threatened to sue the Miss Universe pageant for moral damages, while another recently targeted judge and celebrity blogger Perez Hilton for defending Wurtzbach and saying that she deserves the crown.

“There was real beauty, grace and elegance, and she is Miss Universe. She really earned it and won fair and square,” Perez said in his podcast on Tuesday (Manila time).