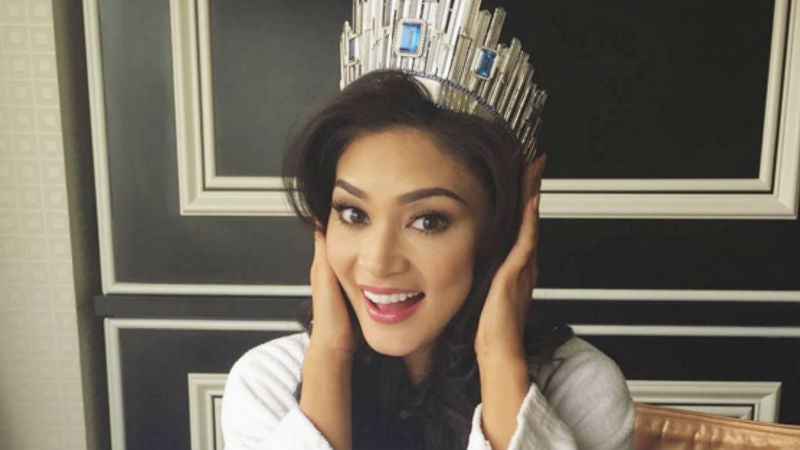 THE DAY AFTER Miss Universe 2015 Pia Alonzo Wurtzbach looks relaxed and refreshed in her Las Vegas hotel room after the confusion and controversy at the finals night, in this photo taken from her Instagram account.

WATCH: Pia Wurtzbach sweats it out in preparation for Ms Universe

Pia Wurtzbach’s Miss Universe win only proved that with hard work and perseverance, nothing is impossible.

In this compilation of videos taken by Wurtzbach’s physical fitness trainer John Jay Graciano Cuay, it can be seen how the Filipina beauty queen worked hard to get her statuesque physique.

As a result, Wurtzbach wowed the universe with her sexy and toned body during the Miss Universe pageant in Las Vegas.

She is also the one of the candidates who drew the loudest cheers in Planet Hollywood during the swimsuit competition.

When she won, Cuay shared photos of himself with the most beautiful woman in the universe on his Facebook account, saying he was proud that Wurtzbach’s efforts had paid off.

In an interview before the competition, the now reigning Miss Universe shut down critics who slammed her for “trying too hard” to win the country’s third crown.

The 26-year-old beauty queen was crowned Miss Universe on Dec. 21 (Philippine time) in a bizarre and controversial ceremony after host Steve Harvey botched the announcement of the winner.

Watch the video and let Miss Universe be your “fitspiration.” AJH/RC