A cure for hangover and other – hic! – holiday tales | Lifestyle.INQ ❮ ❯ 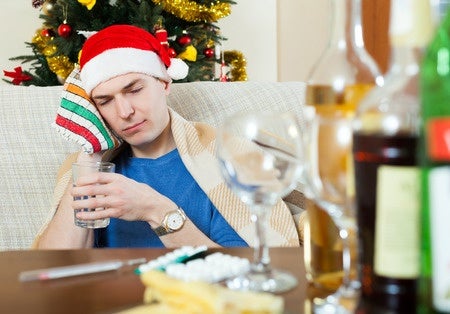 A cure for hangover and other – hic! – holiday tales

If, like me and countless other people, you tend to overdo the drinks at celebration events such as weddings, birthdays, Christmas, New Year, or even weekends, you probably wouldn’t want to read about what had actually happened to your body.

Or perhaps you might – at least I myself eventually decided to investigate the actual and potential damage that bingeing on alcohol might have done to the body, but it took some 15 years to work up the motivation.

As a celebratory evening often involves imbibing some ethanol (also generally called alcohol), here is what happens as you start to sip on those drinks: very little.

At least, it is very little or very subtle until the Blood Alcohol Concentration (BAC) starts to rise above around 0.025% in the bloodstream – but unfortunately, the alcohol would already be detectable in the breath and that already means a criminal driving offence in several countries.

Above 0.03% BAC, some effects may be felt as you start to lose the ability to focus and concentrate properly but you probably won’t notice it as you would also be mildly euphoric, talkative and feeling pretty cool about life.

Things start to get serious (or funnier, depending on your point of view) when the BAC rises above 0.06% as then your reasoning tends to become affected, along with your ability to perceive depth, which would explain why people now start to bump into things and other people.

In Britain, the legal driver limit would be a BAC of 0.08% – at which point, your car insurance won’t cover you for driving any more.

Continuing the alcohol intake and raising the BAC above 0.1% would significantly affect normal reflexes and motor control which usually results in the slurring of speech.

Some would start to feel nauseous around this point (with the expected consequences) and most men would also experience some form of erectile dysfunction. Therefore not only is it somewhat inelegant to drink so much, it would also be rather disappointing for the ladies – and now you know that what you see on TV and movies about sex after serious drinking episodes is factually improbable.

It is not really necessary to describe what happens if the alcohol intake causes the BAC to rise above 0.2% – that’s because people this drunk would probably not remember anything or already be unconscious.

In fact, if the BAC rises above 0.3%, then both breathing and bladder control are affected, with the ensuing inevitable consequences.

This reminds me of a little joke: A drunken husband staggers home at 3am and is greeted at the door by his angry wife. Disgustedly, she says, “You’re bloody drunk and you’ve vomited on your shirt, you idiot.” The husband slurs back, “No, I haven’t. Some guy threw up on me as I was leaving and he left me £20 for the dry cleaning of the shirt. Here – look inside my pocket,” gesturing vaguely at his shirt pocket. The wife reaches in and exclaims, “You can’t even lie properly – there’s £40 in your pocket, you fool!” The husband then slurs back, “Oh, you don’t understand – that’s because he did a sh*t in my trousers as well.”

Basics of getting drunk

But back to the chemistry as to what causes drunkenness. Firstly, there is indeed a proven link between the speed of inebriation and fizzy drinks – a study by the University of Surrey provided two groups of test subjects with equal amounts of both fizzy and flat champagne.

The results showed that after only five minutes, subjects drinking the fizzy champagne ended up with 38% more blood alcohol than the subjects with the flat, bubble-less champagne.

It seems that the carbon dioxide in fizzy alcoholic drinks does have some effect, perhaps by the bubbles increasing the surface area of the drink or increasing the pressure inside the stomach.

The other consideration is that having solid food in the stomach beforehand does significantly help reduce the impact of alcohol. So do eat some meaty foods or stuff that needs heavy digestion before starting to drink alcohol – the reason is simply because the absorption of ethanol is slower if the stomach is already busy.

How alcohol affects the brain

Despite its perceived ability to loosen tongues and stimulate conversation, alcohol is actually a sedative – and a pretty powerful one too. This is because of ethanol’s ability to bind with (and inhibit) a neural receptor known as GABAA (or Gamma-Aminobutyric Acid receptor) – this is the same receptor targeted by barbiturates or benzodiazepines (such as Valium) to promote a sedative effect in patients.

GABAA receptors are profoundly involved with virtually all brain functions and the inhibition of these receptors is the primary cause of drunken behaviours – which as stated can range from social overconfidence to impaired coordination through to a coma in extreme cases.

Interesting aspects of a hangover

The other aspect of excessive drinking is usually the occurrence of a hangover the next day. The mechanism which causes this is rather straightforward. Ethanol is absorb-ed quite rapidly from the stomach, the duodenum and the small intestine where it then hits the blood stream. Some 2-4% of this ethanol is eliminated via respiration (breathing) and the kidneys. The liver then tries to deal with the balance of blood alcohol – this is done by the production of Alcohol Dehydro-genase (ADH) enzymes which catalyses the oxidation of ethanol into acetaldehyde. That’s the good news.

The bad news is that acetaldehyde is actually more toxic than ethanol so another two enzymes, generally grouped as Aldehyde Dehydrogenases (ALDH1 and ALDH2) working together with a liver compound called glutathione, are required to oxidise acetaldehyde into harmless acetate (or acetic acid).

A small portion of the acetaldehyde is oxidised by specific liver cells using ALDH1 (a process known as cytosolic oxidation) but the bulk is oxidised using ALDH2 in the mitochondria of other liver cells – the mitochondria can be considered the engine of a cell. Glutathione contains an amine called cysteine which targets acetaldehyde and promotes the efficiency of the aldehyde dehydrogenases.

The problem is that there is a rather slow speed limit to the oxidation of acetaldehyde and the more you drink, the more acetaldehyde gets into the blood as ADH is rather more efficient at producing acetaldehyde than the ALDH enzymes are at removing it.

So you know the rest of the story – the residual acetaldehyde is the chemical that wrecks your body and brain and produces the trembling, general sickness and whanging headaches the following day after drinking.

The generally bad sleeping pattern experienced after drinking is due to a reaction known as glutamine rebound – basically, ethanol inhibits a body stimulant called glutamine and as ethanol is processed out of the system, the body attempts to make up for the reduced glutamine by overproducing it.

The excess of this stimulant is what causes the anxious fatigue or restlessness as drunks try to sleep.

Incidentally, we all know someone who turns tomato red after a drink or two – and the reason is these people lack the ability to produce ALDH2.

This is not really that funny because it means that they cannot eliminate acetaldehyde efficiently from the body and hence would tend to suffer hugely from the after-effects of drinking – that’s because they can only remove acetaldehyde via the more limited process of cytosolic oxidation.

Over 30% of Chinese people lack the genes to produce ALDH2 – 44% of Japanese and 53% of Vietnamese people also have the same problem. The people least affected are Ger-mans, other Europeans and most Africans.

So just to be clear, the problem is not alcohol – it’s acetaldehyde, the necessary by-product of processing ethanol. And the red flush is due to the dilation of blood vessels under the skin as the body tries vainly to shift the toxin in the blood around while waiting for cytosolic oxidation – there is no cure so if you do have this genetic condition, it is for life.

A cure for hangovers

If you’re now looking for a cure for hangovers, then please stop reading – for there is no known effective cure. Every person’s metabolism is different so some might react well to a fatty breakfast, others to fruit juices or soups and others to more exotic “cures” such as raw eggs with Worchestershire sauce, etc.

Sadly, I’ve tried them all and the subjective conclusion is that the placebo effect may be having more of an effect than the actual ingested “cure” – so I personally don’t bother anymore.

Rather, my little trick is a wee and then ingesting around 500ml of oxidane (also known as dihydrogen monoxide) before going to sleep. At least that would provide enough hydration for the body.

By the way, in case you didn’t know, oxidane (or dihydrogen monoxide) is the chemical name for water – and if you must drink alcohol then drink lots of water as well.

The reason is that ethanol is also a diuretic as it suppresses the release of the hormone vasopressin (this hormone controls the absorption of water in the kidneys) which then causes the extraction of more water from the body (dehydration) and the production of extra urine.

One last suggestion, if you must drink. After a considerable amount of personal research, I have painstakingly arrived at the following three simple guidelines to drinking:

1. If you start to feel your upper lip go numb, then quit drinking at once, go home and lie down – try very hard to avoid point (2) below.

2. If for some reason you haven’t gone home after (1) above and you now start to feel your lower lip also go numb, then you really must leave and go home immediately, if you can. Do not go on to point (3) below if possible.

3. There’s no point mentioning anything in point (3) as you are obviously still drinking.