‘Nothing worth doing is easy’ | Lifestyle.INQ ❮ ❯ 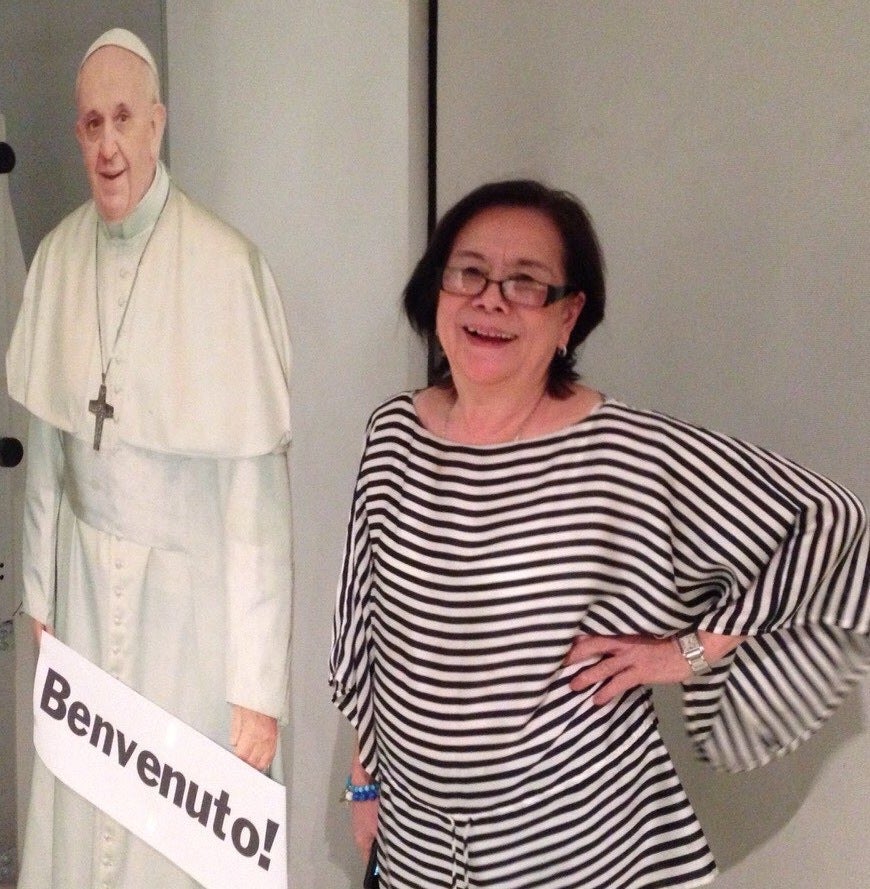 AT AN OFFICE dinner with the Lifestyle staff, celebrating the outstanding coverage of the papal visit by Lifestyle's Lito Zulueta

‘Nothing worth doing is easy’

To my regret, my interactions with the Philippine Daily Inquirer’s esteemed editor in chief were few and far between. It wasn’t because she was unapproachable, or had no time to spare staffers.

Since I was always in awe of how her beautiful and sometimes naughty mind worked, I didn’t approach her unless it was necessary.

I’ve known Ma’am Letty or LJM perhaps longer than any of my colleagues at Inquirer Lifestyle. I was 20 and fresh out of college back when I landed a job as a proofreader for the Mr. & Ms. glossy and special edition magazines in late 1985.

As a newbie who was still unsure of what to do with my life, I felt so inadequate as I read through the articles of then young writers Fe Zamora, Candy Quimpo, Frankie Joaquin, JP Fenix and Joey Nolasco.

I couldn’t even begin to imagine how they were able to come up with such catchy leads and engaging stories, knowing that they were always working against time and under the shadows of the dictator Ferdinand Marcos.

It was only a bit later when I realized how instrumental LJM was in guiding and inspiring them to be their best.

And despite the pressure on everybody, I never ever heard LJM shout or lose her cool.

I got my real first encounter with power when LJM emerged from her office during my second day at Mr. & Ms. Even then, she was already a rock star. To my surprise, she was the exact opposite of what an influential editor in chief should be.

For one, of course, she was a woman. She also spoke sparingly and walked gingerly, as if she was going to fall down any minute. She was also very stylish. Best of all, she made me feel welcome, which was more than I could ask for.

My second memorable encounter with her was on a Philippine Airlines flight to the United States in 1993.

She was headed to the mainland to receive a special award from the University of Missouri, her alma mater, where she took up a master’s degree in journalism, while I was off to Honolulu with a group of journalists to cover a Department of Tourism event.

When I arrived in Manila three weeks later, LJM was already back to her old routine as PDI editor in chief.

Her then secretary, Nancy Carvajal, told me that one of the first questions she asked the minute she arrived was my whereabouts. I could only laugh when I learned about it.

Being relatively new as a journalist, I guess I could very well have used the opportunity to stay indefinitely in the US at PDI’s expense. Of course, I did no such thing.

Finally, during one of those routine lunches at the old PDI office on UN Avenue, my colleagues and I were talking about career options, along the building’s narrow corridor, which doubled as a mess hall.

Unknown to us, LJM had caught snippets of our conversation. She had to stop and butt in after she heard me say these lines: “Eh wala namang madali sa mundo. Lahat pinaghihirapan.”

“That’s very true, Alex,” she said, to our group’s surprise. “Nothing worth doing is easy. We should always bear that in mind in whatever we choose to do.”