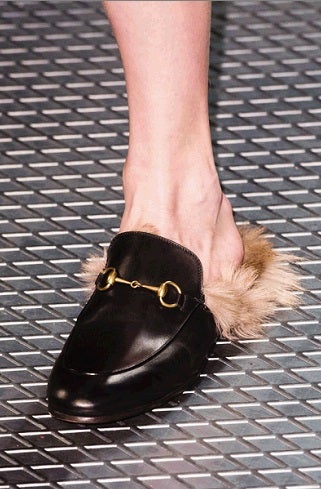 A testament to the spending might of the Filipino consumer today, global brands entered the local retail scene one after the other  in 2015.

French luxury labels Lanvin and Balenciaga opened their first (for Lanvin) and flagship stores in Makati, carrying the complete merchandise lineup for both brands, including apparel.

Louis Vuitton also tested the waters in December and brought in for the first time its women’s apparel collection, a preview of what’s to come from the brand, as it’s slated to bring in the entire men’s collection (including apparel) when it opens its second store in Manila in 2016.

Jo Malone, the famed London perfumer, opened its first boutique in October. It was also the first retail partnership of Estée Lauder (which owns the brand) with Suyen Corp. (Bench Group), a break from the French company’s longtime affiliation with Rustan’s.

Though strictly not retail, Hermès Maison, the home division of the French luxury house, unveiled its showroom just above the Hermès boutique in December. Other Hermès subsidiaries Puiforcat (silverware) and Crystals Saint-Louis also opened their respective showrooms.

In 2016, Hermès will also bring in a limited selection of its women RTW designed by its new French artistic director Nadège Vanhee-Cybulski.

Ladurée, of the French macaron fame, and New York deli Dean & DeLuca opened in the country in 2015, making for exciting additions to the burgeoning dining scene.

American brand Coach returned to the country in 2015 after over a decade of absence, as part of the quickly growing brand portfolio of the now-public SSI Group (Stores Specialists Inc.).

What to watch out for: If rumors are true, a famous American bridal designer brand will open in 2016, next to Balenciaga at 8 Rockwell.

In 2015, there was major upheaval in the French fashion houses.

Raf Simons abruptly ended his 3½-year tenure at Dior. Alexander Wang, who was named creative director of Balenciaga only three years ago, announced his departure, to concentrate on his eponymous label.

Industry watchers pointed to the excessive demands of commerce—six collections a year!—that have been causing designer burnout.

It was almost hush-hush when Rustan’s acquired Adora in the summer, ending Adora founder Eman Pineda’s seven-year autonomy from the retail company started by his maternal grandparents.

The acquisition was at the behest of the Rustan’s patriarch, according to Rustan Commercial Corp. president Donnie Tantoco.

Tantoco said Adora would remain distinct from Rustan’s and continue to stand for “classic sophistication and youthful modernity,” and Pineda would continue to head merchandising and overall operations. By December, Adora was already carrying some luxury brands from the  SSI Group, a Rustan’s subsidiary.

Last Valentine’s, retail chain Bench figured in a controversy regarding its billboard on Edsa, featuring a hand-holding same-sex couple.

The couple’s hands in the image were painted black, insinuating vandalism.

There was outcry on social media, at first blaming the Ad Standards Council for the seeming censorship and homophobia. Netizens expressed support for the LGBT agenda and applauded Bench for its campaign. The applause would turn to outrage when Bench released a statement saying it self-censored its own billboard.

Sneakers, particularly white sneakers, had quite a moment in 2015 that had vintage classics like the Adidas Stan Smith selling out before they could reach the retail floor.

Menswear-inspired footwear also reigned in 2015, as fashion took a major break from vertiginous heels, with brogues, loafers, oxfords and bluchers dominating from the runways to the high street, such that even the fashion spreads on the pages of Vogue had models in the most luxurious and feminine looks, but with their feet nestled in the stark counterpoint of boy’s shoes.

Women’s limbs were given a breather from artery-constricting skinny jeans in 2015 with the popularity of culottes and wide-leg pants, the latter stemming from the pervasive ’70s trend that made flowy bohemian dresses and ponchos hot again.

As for accessories, minis were big in 2015, with most of the luxury and mid-range brands coming up with mini versions of their much-loved purses. The bucket style had a renaissance, and so did styles with fringes owing to the 1970s trend.

It didn’t quite pick up on the high street, but it’s worth noting that 2015 was the year furry shoes were seen on the feet of many fashionistas, thanks to Gucci and its new artistic director Alessandro Michele, whose boho-eccentric collections for the brand were both commercial and critical successes.