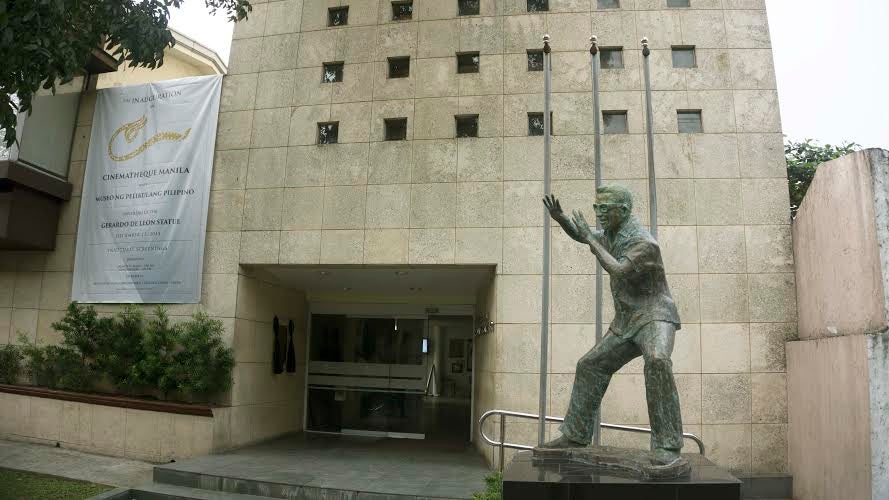 Kicking off Cinematheque Manila’s first regular screenings is National Artist Lino Brocka’s “Maynila sa Mga Kuko ng Liwanag” (1975), heralded as one of the country’s greatest films and considered Brocka’s finest. A harsh, realist portrait of Manila and the martial law era, the classic was restored in 2013 and went on to screen at the Cannes Film Festival.

Joining “Maynila” is a work by fellow National Artist Lamberto Avellana, “A Portrait of the Artist as Filipino” (1965). Restored earlier in April 2015, the film is an adaptation of Nick Joaquin’s famous play—about a family that tries to keep its home and pride intact despite the war and the poverty that threatens to destroy them.

“On My Way to India Consciousness, I Reached China” (1968), also a recent restored film directed by one of the country’s earliest experimental filmmakers, Henry Francia, will also be screened for Manila audiences.

“Mula sa Kung Ano ang Noon” (2014), the praised experimental epic by Lav Diaz, will also be screened. A winner of the Golden Leopard Award—the top prize at the Locarno International Film Festival—“Mula sa Kung Ano” is a historical film set in a remote Filipino village during the Marcos dictatorship and recounts the lives of several townspeople.

The acclaimed films will be screened with other remarkable works by contemporary Filipino directors and produced with the FDCP. One of these fine works is Chito Roño’s “Badil” (2013), a gritty look at small-town politics.

There is also Elwood Perez’s “Esoterika: Maynila” (2014), a dizzying, imaginative trip that reveals a brazen, unfettered view of the city.

“Lauriana” (2013) by Mel Chionglo will also be shown to Manila audiences. Based on a true story from Chionglo’s childhood, this 1950s period thriller revolves around Samuel, a soldier who finds passion and solace in Lauriana, a nightclub dancer.

Following the success of the first-ever Danish Film Festival last December, a prime selection of Danish films will also be screened, sating our curiosity for the rich and prosperous history of Danish cinema.

These films are presented in cooperation with the Embassy of Denmark in the Philippines.

“The Hunt” (2012) follows the story of newly divorced Lucas, who is trying to mend his relationship with his teenage son and beginning a romance with a coworker while teaching at a local kindergarten. The film won various accolades in the Cannes Film Festival.

Academy Award-winning “In a Better World” (2010) is the story of a father, Anton, a Swedish doctor in Denmark who treats the refugee victims of a Sudanese warlord, as he tries to keep his family intact amid an affair that threatens his marriage with his wife Marianne.

“Babette’s Feast” (1987), also a recipient of an Oscar for Best Foreign Language Film, is the first Danish film to win in the category and is based on a short story by Danish author Isak Dinesen.

A couple’s relationship takes center stage in “Waltzing Regitze” (1989) as middle-age Karl Åge and Regitze host a summer garden party for their friends and family. The film won the Robert Award, considered to be the Danish Oscars, for Film of the Year.

The Cinematheque Centre Manila is at 855 T.M. Kalaw St., Ermita, Manila. (It is the former Instituto Cervantes de Manila, beside Casino Español de Manila.) All the Filipino and Danish films will have English subtitles. “Mula sa Kung Ano ang Noon” will have an admission price of P200, while “Esoterika: Maynila” will have an admission price of P100. All other films will be screened free of charge. Seating is on a first-come, first-served basis. Visit www.fdcp.ph or follow the FDCP Facebook page.