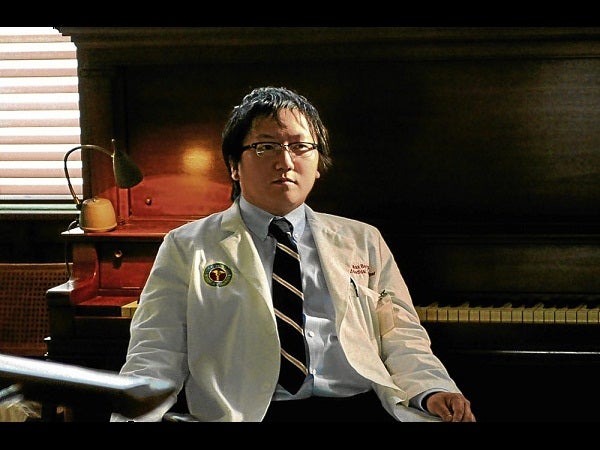 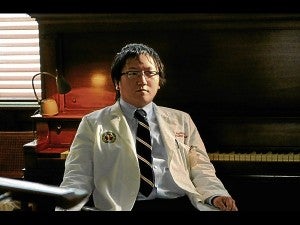 Since the untimely demise of the TV hit “Heroes,” couch potatoes have probably been wondering what has happened to fan favorite Masi Oka, who played lovable time traveler Hiro Nakamura.

You might have seen him guest starring as quirky medical examiner Dr. Max Bergman during season 1 of the “Hawaii Five-0” reboot. This time, the producers have decided to make him a series regular in the show’s second season, which makes its Asian premiere this month.

Born in Tokyo, Japan, Masayori “Masi” Oka grew up in Los Angeles, California, and graduated from Brown University with a degree in computer science and mathematics. Prior to acting, he worked as a digital effects artist on the “Star Wars” prequels. Oka has appeared in various films, including a cameo in “Austin Powers in Goldmember” and in the Steve Carell starrer “Get Smart,” but it was his small-screen role as Hiro that earned him Emmy and Golden Globe Award nominations for Best Supporting Actor in a TV series.

Super recently joined other Asian journalists for an exclusive phone interview with the 36-year-old actor/producer/writer, who’s as smart, straightforward and unabashedly geeky as the characters he’s played. Here, he shares his thoughts on playing with “dead bodies,” breaking into the Hollywood market, and reuniting on the set of “Hawaii” with a fellow Hero.

What are the similarities between you and your character in “Hawaii Five-0?”

Max Bergman is definitely a geek. He’s very passionate; he tries to learn everything himself. He’s a great piano player; I play piano as well, but not as good as what he does. I like “Star Wars,” he likes “Star Wars”… Yeah, we’re both into sci-fi. Things that aren’t similar? I’m not that much into dead bodies. There was one episode where Max takes the skin off someone’s hand and puts it on his own hand like a glove, and that’s disgusting. I nearly fainted, but Max loves that stuff.

How do actors like you prepare for medical roles? Did you have to join some sort of a boot camp for coroners?

No. It’s actually very difficult. I think the hardest part for me is definitely memorizing all the words. I don’t speak the medical language. I can tell you everything about computer terms, but when it comes to medical terms, they have to be so precise, I can’t really paraphrase. It’s definitely about getting your memory skills in, because you have to line those medical terms over and over again and make sure you do it justice.

I tried to go through my old textbook; that didn’t really help. What I did to prepare was just to watch. I actually watched a couple of old seasons of “ER” just to try and see how they get delivered. I have talked to a couple of doctors and medical examiners so I have been able to kind of observe them, but it’s mostly watching procedurals and documentaries.

You came from “Heroes” and are one of the sci-fi icons, like Gaeta of “Battlestar Galactica.” Do you think that this is part of the producers’ way to get sci-fi fans to watch a police drama?

I don’t know; it might be very possible, I mean, if you look at it, we get a lot of other sci-fi people on our show. Two of our producers are (Alex) Kurtzman and (Roberto) Orci, who created “Fringe,” and are the producers behind “Star Trek” and “Transformers.” They have a thorough sci-fi background. I think it could also come from like, a lot of Asians who all happened to be on the sci-fi route. The “Asian-American Sci-Fi All-Stars,” it was first called then. It was kind of funny, like “Wait a minute. Hey, we all know each other!”

Yes, I was. If you ask me to program right now, I’ll have a very difficult time. 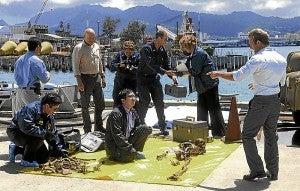 How does it feel to work behind the scenes and in front of the camera?

I think it was a really enlightening experience, because being behind the scenes, you understand the intricacy and also the effort that goes in putting together a finished product. It also allows me to appreciate and communicate with the post-production people. I understand what they’re saying.  I do some producing right now, and writing, and hopefully some directing soon, but I love having both sides. When I’m on the set, I get to just focus on acting, but when I’m behind the scenes, I’m taking in a lot.

Max is pretty much a lab geek, but do you want to do stunts on the show?

Yes! Stunts are fun. I mean, I got to do a lot of it in “Heroes,” so I don’t think we’ve seen that side of me gone yet. It’s still the beginning of the season, so the writers want Max involved in various ways. He’s not really part of the team; he’s a medical examiner, so… that kind of limits him, but we’ll see. If there’s an opportunity, that’ll be great.

The first season of “Hawaii Five-0” was very good. But what about the second season? Will things get even more exciting?

Yeah, totally. I think the opener is actually great, because it answers a lot of questions very quickly and of course, raises new ones. What’s great about the show is that in the middle of the season, people can just hop right in and catch it immediately in one episode. But there’s always this one unsolved mystery, and there’s always going to be a new mystery coming up. Even in the first episode, there’s a twist that makes everyone go, “Oh my God!” at the end of the episode.

How was it like working with Alex (O’Loughlin), Grace (Park), and the rest?

I think every actor brings different dynamics. Alex is great; he knows his lines really well. I haven’t really gotten a chance to work too much with Grace… But I’ve actually gotten to work with Daniel (Dae Kim) a lot. So, it’s been good, you know. That’s what’s kind of fun—working with these actors, having different interactions. It’s the same thing with “Heroes.” I miss my old cast mates, but I love my new ones, as well.

Will we see a little bit of the old “Heroes” during the show? Like, in the interaction between your characters?

We make a little nod to it. At least, that’s what we did in that episode. The writers did write a scene for us, and there are some nods, some leaks to the audience. But… it all depends on how long this episode runs and stuff, so, it might get cut out. I can’t really promise anything, but I can promise that there is a scene between Greg Grunberg’s character, and my character.

What is the one role that you want to do?

It’s those roles that people don’t really see you do. For instance, we don’t see a lot of Asian-American males in romantic lead roles, so I’m trying to make that a goal. But there’s actually one role that I really wanna do, and I’m working on it right now. Hopefully, I can talk about it in about two years.

You were part of this Asian renaissance on Hollywood television as Hiro, and Daniel was part of the cast of “Lost.” Do you think that this is an exciting chance to play an Asian actor in Hollywood?

I think that it is definitely a great start. If it weren’t for “Lost,” I don’t think there wouldn’t have been the Hiro character. We’ve been able to open up a lot of opportunities, not just to people who have accents. You’re the butt of the jokes; in fact, we’re very proud of that. And fortunately for “Hawaii Five-0,” we require a lot of locals and a lot of Asian characters, so that’s very good. But we still have a long way to go.  We’ve come a long way from where it started in the business, so we’re very fortunate and very proud to be where we are.