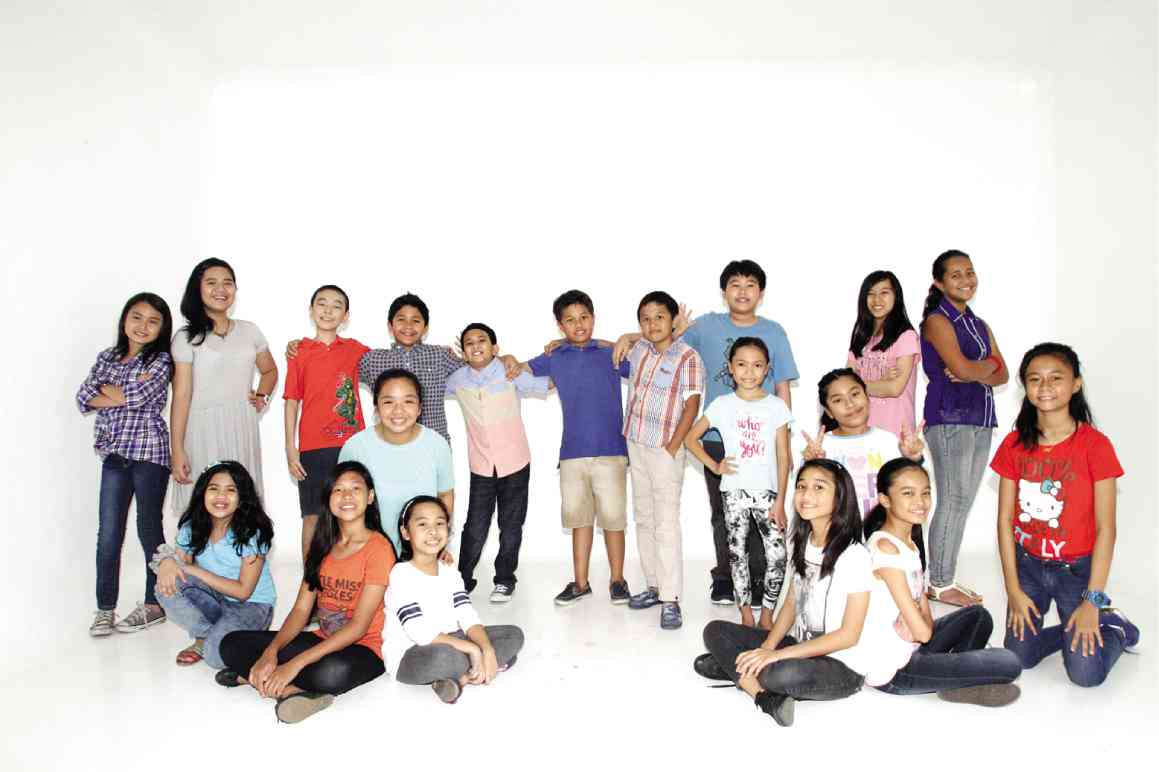 TO SEE parents proudly taking photos of their children as they climb the Inquirer spiral staircase has become a biannual thing. There are also the hugs and kisses that some kids welcome, but others try to escape from.

It is a ritual that never gets old for those of us who witness it.

This is always how we mark the first day of every batch of young writers that we welcome as Junior Inquirer (JI) Snoops. The Snoops are the youngest correspondents of the paper, with ages that range from 7 to 12 when they get accepted. Snoops stay with us for two years.

The process of finding them is rigorous and time-consuming. The search lasts from five to six months, including the time we announce the search and the actual examinations. Applicants go through two writing examinations: An on-the-spot test to see if they have the skills to write, and a second exam to see if they can follow instructions and meet deadlines.

The exams are not about grammar (though good grammar helps), but are more a look into how applicants see and interpret the world on paper.

We also conduct panel interviews to see if applicants can think on their feet and have the confidence to carry a conversation with grown-ups. The highest number of applications we got was in 2007 when over 200 applied. Only 10 passed that year.

It is true that we have high standards, but it is a standard set by those who passed. Some of the most interesting conversations in my adult life were with some of these children. Some of the best essays I’ve read were written by them.

But not all who come to us have dreams of becoming a journalist.

“I tried out because I thought I might get tickets to One Direction concert or maybe even watch a preview of their movie, ‘This is Us,’” writes 12-year-old JI Snoop for Batch 2013-2015 Janelle Sofia Cruz. “I did not want to write. I did not even know I had the talent. I just wanted to get all the perks I could. I was an unpopular nerd. I did not dance, sing or act. I just wanted to try some random thing out.”

We conduct workshops for Snoops every school break, with a maximum of four workshops per batch. Workshops familiarize Snoops with Inquirer’s style of news gathering and storytelling. They also cover feature writing, newswriting, interviews, ethics and photojournalism.

With Inquirer reporters, editors, photographers and JI contributors as resource speakers, Snoops are introduced to the process of producing a newspaper, from newsgathering and writing the story. They even get to visit the printing press.

“Writing for Junior Inquirer entailed responsibility,” writes JI Snoop for Batch ’05-’07 Erika Mina. “I had to do research, prepare questions for interviews and ensure that my articles were free from grammatical errors before submitting them to our ates (older sisters). I am grateful to our ates for always guiding us as we take on responsibilities as journalists.”

JI workshops are far from a typical classroom setup. We try to make them as fun as possible with games and food. One of the Snoops said that he had asked another Snoop from an earlier batch what to expect from the workshops. Playtime and pizza, he was told.

“I thought all I would do is write. That thought lasted five minutes into our first workshop. In fact, now that I think about it, writing (though important) was one of the less important things I learned in my time with Junior Inquirer,” writes JI Snoop Batch ’09-’11 Mary Denise Galias. “As a Snoop, I learned how to put myself out there. I learned how to be myself.”

JI Snoops are not pretend journalists. They attend real press conferences, do reviews, conduct interviews, take photos, write stories and get published. They must comply with deadlines, too.

Some of our Snoops had to surf in Zambales, row a boat on Manila Bay, parasail in Subic, and camp under the stars in different parts of the country. They have to muster enough confidence to talk to people they look up to like Lea Salonga, the cast of the musical “Cats” and some sports personalities. Heck, they must even prepare questions for Asimo the Robot for a story.

Some had to attend movie premieres ahead of their classmates and friends to write about their experience in reviews. Among the movies they had to watch were the “Harry Potter” and “Lord of the Rings” franchise.

Sometimes, we challenge them: No Internet or junk food for a week. They then write about the experience. Readers sometimes try out these challenges themselves and submit write-ups about them.

But readers are not the only one who respond to JI Snoops. When Miami Heat coach Erik Spoelstra visited the country in 2010, he told a waiting group of sports reporters that he could only answer three questions because of time constraints. Then he spotted JI Snoop Galias.

“I would like to be interviewed by her. I want to answer her questions,” he said, pointing at Galias who got to ask him three questions. He did not answer questions from other reporters that day. The charm factor was obviously working in favor of JI.

A most wonderful job

Every summer, we divide Snoops into groups and get them to come to the office to close our pages. They decide on the themes, what to write, who will write it and the artworks that will go with it. It’s a noisy and messy process. We’ve had nearby sections knock on our door, asking us to tone it down. Mamon crumbs will be all over the table and on the floor.

While the Snoops are in-charge, we get a free pass from worrying whether our readers will like our issue or not. How can an issue go wrong if kids decide what other kids would like to read?

Nurturing young writers is a legacy handed down to our team composed of myself, Dianne Villafuerte and Liz Rañola, by the pioneers of Junior Inquirer. The program started in 1997. Our former editor Grace Leung introduced changes to the application process, which we now follow. We’re now handling Batch 9.

We’ve also extended the program to include young artists, with the first batch now doing some illustrations for us.

On September 3, 2015, the program received a silver award in Mumbai, India, for enduring excellence at the World Young Reader Prize competition of the World Association of Newspapers and News Publishers.

“This project excellently reflects enduring excellence in how it has kept the momentum going for this well-conceived, strong program over the years, while maintaining a ‘freshness’ all along the way,” the jury said of the program.

We are grateful and proud for the award, but we are equally proud of our writers who continue to turn us into their fans. Alumni of the program include writer-director Antoinette Jadaone, Inquirer reporter Julie M. Aurelio and Tricia Peralta who cofounded One Million Lights Philippines. The organization brought solar lights to off-grid villages of the country. She and fellow JI Snoop, Lance Katigbak, worked in this organization and are now both in the United States studying in Ivy League schools.

We are equally grateful to our Snoops who tell us how much they loved the program.

“I’m quite proud of the things I have done,” JI Snoop Cruz said. “I never got to that One Direction concert but the things I did not expect happened, too. I did not think I would become confident or friendly. Or nice. Or creative. Or a writer. Or even a better person. I did not realize how much I changed,” she said. “I am changed for the better because of Junior Inquirer,” Cruz added.