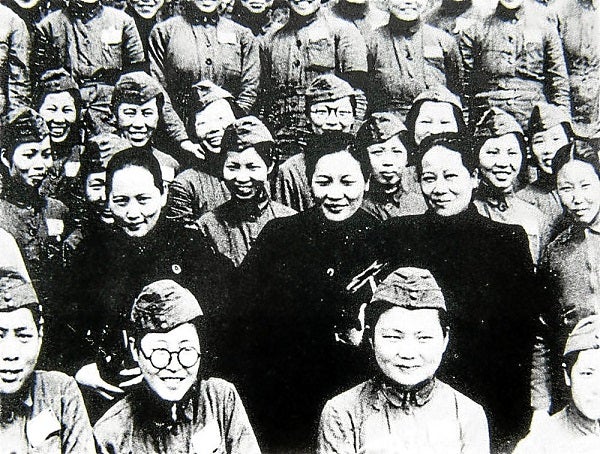 Shanghai and the Soong sisters 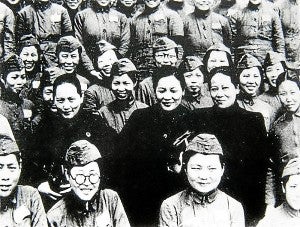 There is a palace for children in Shanghai. It is managed by the Soong Ching-ling Foundation.

The foundation, set up in the ’80s, is part of a network of similarly named organizations all over China with the common aim of promoting the well-being of children and women.

An active official of the Shanghai chapter is Filipino entrepreneur Carlos Chan, who invited me to watch the daughter of a friend perform in a stage production.

The production was amazing: Huge sparkling sets, colorful costumes. No amount was spared for the special effects and the lights.

As part of a vigorous exchange program, children’s performing groups were brought in from all over the world. The Loboc Children’s Choir represented the Philippines.

Mr. Chan also arranged for a tour of the Shanghai Children’s Palace. What I saw was truly impressive. 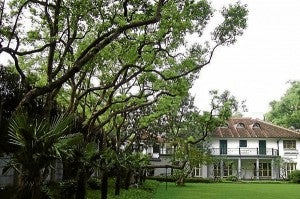 The palace complex includes a skyscraper with many floors of facilities geared towards young people. The foundation has a program providing classes to children to complement regular school work, with a wide variety of short courses on the arts.

During our tour, students gamely demonstrated their skills, whipping up exquisite artworks very quickly. It was remarkable to see so many young people adept at centuries-old artistic methods, even as they also mastered the latest computer technology.

Another building in the Children’s Palace Complex is an old mansion, Marble House. We were told that this gracious structure used to be owned by the Kodoorie Family.

The Kadoories originated from the Middle East, settling in China in the 19th century. The family is now among the wealthiest in Hong Kong, with investments in hotels and power generation. 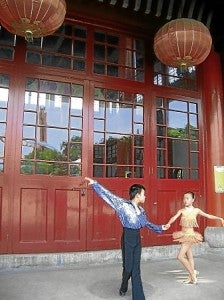 Yet there were also setbacks. At one point during the Second World War, the Japanese took over the Kadoories’ plush Peninsula Hotel as their headquarters.  In the ’50s, the administration of Chairman Mao appropriated the clan’s holdings in China.

The Soong Foundation now uses Marble House’s large ballroom for special presentations. This ballroom was once the venue of elaborate social events.  Something of the space’s past splendor may be seen in the grand party scene in the movie “The Joy Luck Club.” As the lovely Feihong Yu dances with her equally gorgeous partner, Russell Wong, one catches glimpses of the luxurious surroundings.

The movie’s banquet scene is set in the very same period Marble House was at its most elegant. At that time, Shanghai was a haven for all that was sleek, rich, and glamorous. Dominating the social whirl were three siblings whose names would become synonymous with the era: The Soong Sisters.

The eldest was Soong Ai-ling, the wife of well-known banker, H.H. Kung.  Ai-ling and her husband were among the richest people in China. The youngest was Soong Mei-ling. She would become very active in politics as First Lady of the Chinese Republic; she was married to Chiang Kai-sek.

It was the middle sister, Soong Ching-ling, after whom the Foundation in Shanghai is named, who would earn the title of “Mother of Modern China.” Her husband was the statesman, Sun Yat-sen.

At a time when illiteracy was very high especially among females, these three represented the accomplished global Chinese woman.

Having been educated in the US, the Soong sisters, with their form-fitting cheongsams and flawless English, stood for the best of the East and West. They won over not just their fellow citizens, but American audiences, as well. 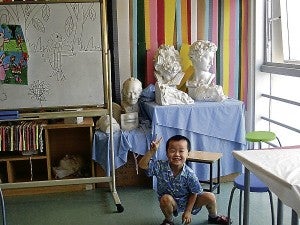 They were media creations, invented for the consumption of a world that still wanted to believe that capitalist expansion was the panacea for all the planet’s ills. Even in the farthest reaches of such exotic and despotic realms as China, Western industry and enlightenment would save the hungry masses.

The Soong Sisters were the living proof that it was possible to recast ancient Asia in a progressive American mold.

The dreamworld could not last forever. The centuries of contradictions and exploitation would take their toll. China was in turmoil. The Nationalist and the Communists were clashing. The Japanese would contribute to the chaos by invading their vast neighbor even as the Second World War devoured any delusions of peace and prosperity.

Soong Ching-ling continued to support the Communists after their victory in Mainland China in 1949. Her siblings would back the Nationalists, who had moved to Taiwan.

The middle sister would eventually be named President of the People’s Republic. One manifestation of the Communist Party’s esteem for Soong ching-ling is the fact that her former residence in Shanghai is still maintained as a shrine to her memory. 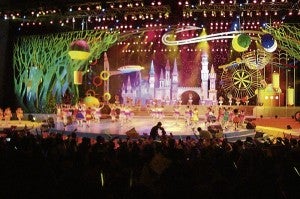 I had the chance to visit the place. I actually found it quite appropriate that one is asked at the entrance to cover one’s shoes with plastic bags. This way, no dirt is brought in from outside to spoil the pristine carpets.

Somehow this requirement enhanced the sense of respect for the building that once housed a woman who devoted herself to her people.

The rooms were of modest proportions. Everything was simple and low-key.  Perhaps the house’s greatest luxury was its splendid lawn.  Stretching for a considerable distance beyond the terrace, the garden reminded me of the tranquil backyards of the wonderful cottages in the old Wilson Compound on Park Avenue in Pasay.  This compound was a comforting urban sanctuary, much like the Soong Residence in Shanghai.

Watching as a breeze rippled through the leaves of the trees that lined the fence, I found myself thinking: What feverish discussions had taken place in this house? What negotiations were carried out ?

I supposed it is quite elitist to think that these three sisters had influenced the course of Chinese history so much. Such an inflection would practically ignore the work of millions of others who toiled and sacrificed to build the People’s Republic that we know today.

Yet, one cannot deny the fact that the Soong Sisters and their relations were certainly key players in the drama that saw the birth of the new China.

Interestingly, I read of rumors that the sisters held a reunion each year in HK. Actually, the three probably never met again after the Communist takeover.  Ai-ling died in 1973, and Ching-ling followed several years after.

Mei-ling lived out the rest of her years on her 14-hectare estate on Long Island and in her apartment in New York City. She would die at the ripe old age of 105. She did not return to China to attend the state funeral of her older sister.

Likewise, the view that it was Ching-ling who was most selfless is probably a stereotype, lacking in nuance. After all, one cannot judge the motives of each of the women. Who really knows the truth? Mei-ling has been described as being concerned only with her ambitious schemes.

The 1997 movie about the famous trio, however, will show that each sibling had her own contribution. In the film’s last scene, after Ching-ling has passed away, Mei-ling Soong is shown in a wheelchair contemplating a childhood book.

Nevertheless, the public did have their opinions. A much quoted saying about the Soong women goes like this: There were once three sisters. The first one loved money, the second loved power. But the third loved China.

The third sister is, of course, Ching-ling. She is the one who loved her country. In the end, after the media hype, after the sibling rivalry and intrigues, people will always draw their own conclusions.

Perhaps we should ask ourselves: When our own life is over, can the same be said of us?