‘OK, I will call you Miner, because you will be mining data’ | Inquirer Lifestyle ❮ ❯ 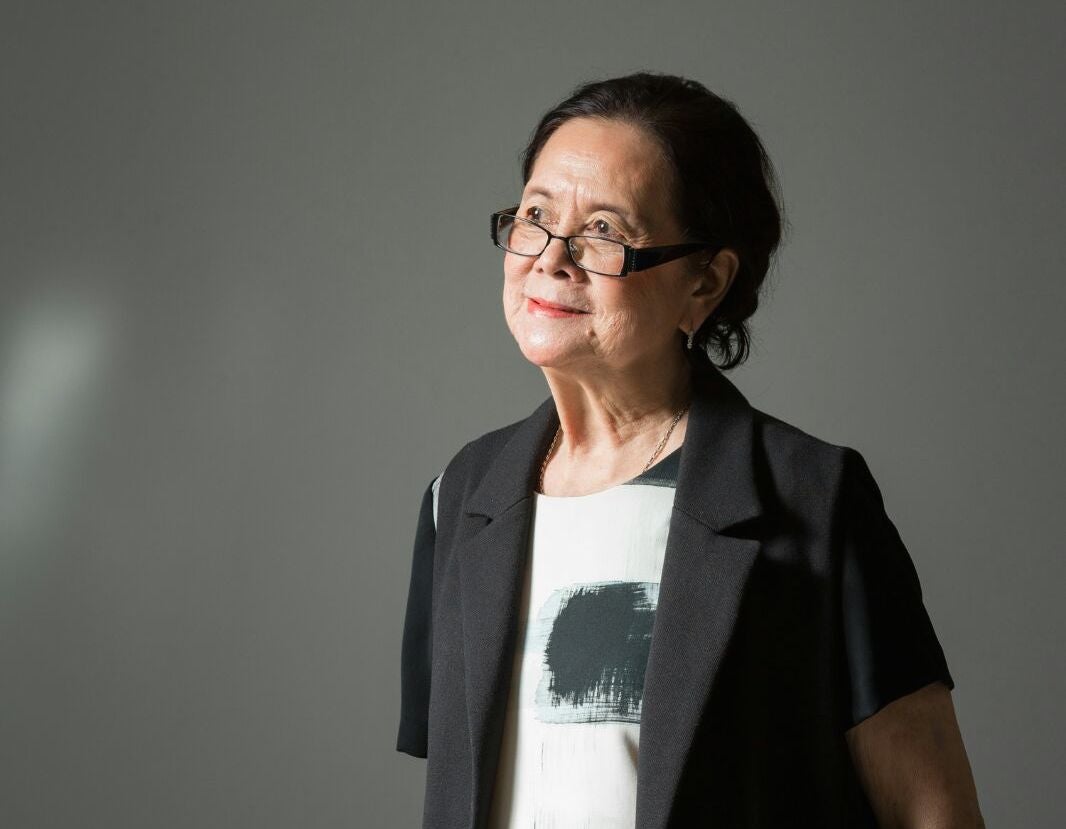 ‘OK, I will call you Miner, because you will be mining data’

WITH her gift for words and nose for news, Letty Jimenez-Magsanoc, known as LJM at the Inquirer, helped oust a dictator and shape a nation’s future.

This gift also gave me a new name and a new passion.

On my first day at work as research head of this paper on Aug. 10, 1998, LJM asked what she should call me for short.

“My friends call me Vanermi, Ma’am.”

She asked, “What’s your nickname?”

When she was about to ask me the third time, I explained that Vanermi was actually Minerva, pronounced in reverse.

She nodded and said, “OK, I will call you Miner, because you will be mining data.” And with a smile, she proceeded to introduce me as Miner to the editors in the Inquirer newsroom.

I had other nicknames so it took me sometime to get used to my LJM-christened name. I had an easier time learning a new profession though, thanks to her being my mentor. I didn’t have any journalism background, being a trained accountant who had previously done work in financial analysis, academic and policy research, and research for video documentaries before I joined the Inquirer.

But I must have lived up to my new name because a year after I joined the paper, my Christmas gift from LJM had a beautiful card that said, “Thank you to the best researcher in town.”

Of course, being the only embedded news research team in town, we could easily be the best—or the worst. But that card made me happy, and so did working for a boss who knew the words “Thank you” and used these very often, along with her other favorite words, “good” and “very good.”

LJM’s gift for words again came into play when she renamed my proposed program from “Saturday Reading Sessions at the Inquirer Library to “Inquirer Read-Along,” a catchy name that was easy to remember and lent itself easily to fancy logos.

With LJM’s support and that of Inquirer president and CEO Sandy Prieto-Romualdez, the program has become a nationwide reading advocacy, reaching over 18,000 kids and garnering eight national and international awards for bringing the joy of reading to children.

There’s almost a one-to-one correspondence between the number of read-along sessions we’ve had and the number of stories on it in the Inquirer, and not just because the paper promotes love of reading. Credit the extensive coverage as well to LJM’s brand of journalism that promoted positive news that she called “positive radicalism.”

Launched in time for the 21st anniversary of Edsa on Feb. 25, 2007, radical optimism is about giving equal prominence to good news on our pages.

Wrote LJM in her editorial: “It is no coincidence that we start serving optimism on the 21st anniversary of the Edsa People Power Revolution.  Which really started as a coup, but thanks to the people, turned into a full-blown revolt that ousted the Marcos dictatorship. We were a people yearning to be free and doing something about it. Without firing a single shot. Without blood running in the streets. Edsa truly celebrates the best that the Filipino can be.”

Since then, positive stories have become a must on the front page of the Inquirer, initially on Sundays, until they became almost an everyday feature. Positive radicalism has also been described as compassionate journalism.

In her tribute to LJM in late December, Inquirer opinion editor Chato Garcellano said LJM gave the paper the brand of compassionate journalism that it has become known for. Her vision can be seen in the positive stories given front-page treatment that used to be reserved only for stories rife with gore and controversy.

Added Garcellano: “Tales from the daily grind are delivered in that unique Inquirer style: strong when it needs to pounce, soft when necessary.”

But getting the good news along with the bad was strange and novel to our reporters. I recalled how Volt Contreras (now Inquirer Metro editor) was given the special beat of producing positive stories and how he asked me to help him come up with a list of possible positive stories.

Today, thanks to LJM’s constant prodding, Inquirer reporters have developed a nose for both good and bad news.

But LJM nurtured not just optimism in our pages; she has often been described the keeper of the Edsa flame for, in Garcellano’s words, “keeping to the ideals that made Edsa I possible: a refusal to bow to tyranny (of power, of numbers, of money), (and having the) passion to preserve the regained democratic space.”

Long before throwbacks became trendy, LJM had been stoking memories during crucial moments of Philippine history and had published “Never again!” stories on martial law before it became necessary and urgent to warn people about the dangers of “manufactured nostalgia.”

New journalism, LJM showed us, was not just about new platforms, but about covering both good and bad news, both stories of the past and the present.

From this editor, I learned that content is king and queen, and that compelling details are a premium. But context was important as well.

As a researcher, I learned that mining data was not just about statistics but also about the whys and hows, and the face and voice behind the numbers.

I learned that the new journalist is both chronicler and storyteller—to bring about continuity and change, and that new journalism is about keeping alive the lessons of the past to forge a better future.

Thank you, LJM, for the lessons—and the new name.