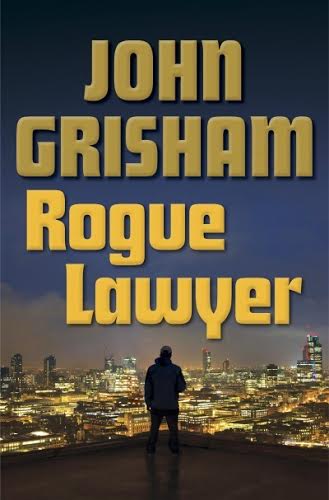 John Grisham introduces his most original character yet in ‘Rogue Lawyer’

IN HIS previous 27 novels, John Grisham mastered the art of the legal thriller and chronicled the range of fictional legal behavior from the absolute boy scout (Jake Brigance from 1989’s “A Time To Kill,” Grisham’s debut) to the shady ambulance chaser (Rudy Baylor from 1995’s “The Rainmaker”). While Grisham has shone the light on the steadfastly noble attorney in several books, his work always seems to get more interesting when focused on the rule-breakers. After all, 1991’s “The Firm” was much more interesting when its protagonist, Mitch McDeere, decides to bend the rules a bit.

This is the frame of mind presented by Grisham’s newest novel, “Rogue Lawyer” (Doubleday, New York, 2015, 344 pages). Meet the invisible yet ruthlessly effective Sebastian Rudd, counsel to the notorious or hopeless. He works at the very edges of the legal profession, carries a gun for protection and has no real office after unknown persons firebombed his last one.

He’s the guy you call when no one else wants the job. “My job is layered and complicated, and at the same time it’s quite simple,” Rudd says. “They don’t tell you in law school that one day you may find yourself defending a person charged with a crime so heinous that otherwise peaceful citizens feel driven to take up arms and threaten to kill the accused, his lawyer, and even the judge.”

The thing is Rudd’s very good at what he does, and he makes no apologies for what he does— or how he does things. “A fringe lawyer like me is constantly flirting with ethical boundaries,” he admits. Rudd is no mercenary —he actually believes in doing everything he can to give his clients the best defense whether or not they’re guilty.

Thus, there is a hidden if elusive nobility to his envelope-pushing ways: “I fight tooth and nail for my clients and will break most laws to protect them, but I never get too close.” 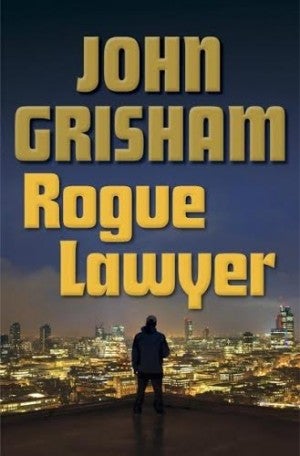 Rudd is not your typical Grisham lawyer of either type. Grisham has shaped him into the most original character he’s ever written. Rudd moves from city to city when needed in a mobile office, guarded by a burly bodyguard-paralegal known only as Partner, manages an up-and-coming cage fighter named Tadeo Zapate and struggles to care for his son Starcher; his ex-wife Judith left him for another woman. Rudd will lose sleep working out an audacious plan to save a doomed client, but neglects his own son at times. In the process of following Rudd through his daily routine, readers will get a detailed understanding of the criminal justice system and how it doesn’t always work in one’s favor. “Rogue” shows just how good Rudd is at it: “I’ve been there many time, in the center of the arena where death is on the line and one mistake can ruin a case.”

Well-written and gripping, “Rogue” is also not your typical Grisham legal thriller. Instead of one grand, twisting case that will beguile the reader, the book follows several cases at the same time, while also following the unexpected events in Rudd’s personal life. At times, “Rogue” feels like a collection of interweaving short stories rather that one big novel.

There’s a lot going on here: Rudd is defending a suspected child murderer an entire town wants to hang, a jailed mob boss wants his money back, Rudd gets dragged into a custody battle, among several other alarming developments. And amid all that, he unwittingly becomes the lawyer of a suspected abductor who won’t stop dragging him back into the case. Unlike many Grisham novels, which feel like a movie already ready to be made, “Rogue” feels more like a pilot episode of a television show.

That’s the novel’s most noticeable quirk: At the end of “Rogue,” several of the stories find closure while others remain hanging, giving it the feeling of being the first of a series of novels instead of the usual done-in-one Grisham style.

That’s not necessarily a bad thing, as Rudd is the charismatic, problematic protagonist readers will love to see returning in future books, kind of an anti-Jake Brigance, a man who would push the law to the breaking point to free his clients. “Rogue Lawyer” both represents vintage Grisham and something different, something original from the master of the legal thriller. Now that is an irresistible fictional proposition from John Grisham.