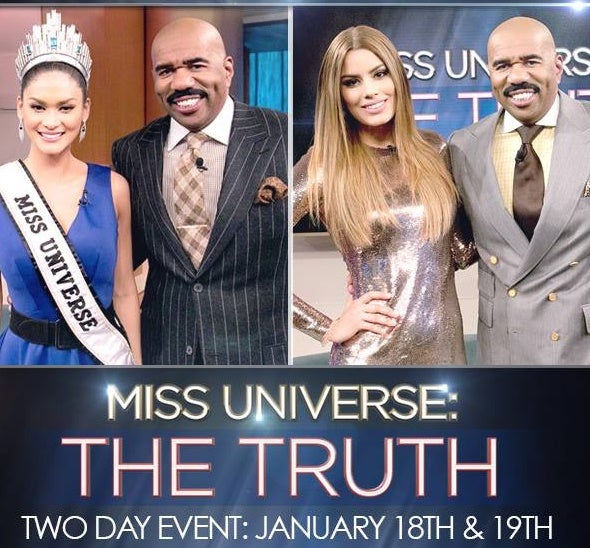 For the first time after the controversial Miss Universe 2015, Miss Philippines and pageant winner Pia Wurtzbach and Miss Colombia Ariadna Gutierrez will face the host Steve Harvey in his talk show.

A post on the Facebook Page of the “Steve Harvey Show” announced that Wurtzbach and Gutierrez would be guests on the show on separate episodes.

“Sitting down with Miss Universe for the first time since the pageant,” the Facebook post, accompanied by a photo of Wurtzbach and Harvey, said.

A separate post showing a photo of Gutierrez and Harvey was also posted saying, “Finally got the chance to sit down and talk with Ariadna Gutierrez.”

A promotional poster was also published on the same Facebook page with the caption: “You’re gonna want to watch this one.”

In the photo were side by side pictures of Wurtzbach and Gutierrez with Harvey.

The coronation night of the Miss Universe 2015 pageant last December became controversial after Harvey initially announced Gutierrez as the winner, only to later apologize and declare Wurtzbach as the year’s Miss Universe.

The episodes will air on January 18 and 19. NC/CDG